"I Take That Back" - Eugene Peterson's Retraction

Once again social media reacts (maybe with some responses) regarding statements made by a Christian leader. Yesterday, the buzz centered on Eugene Peterson's interview with Jonathan Merritt of Religion News Services and his stated affirmation regarding same-sex marriage. 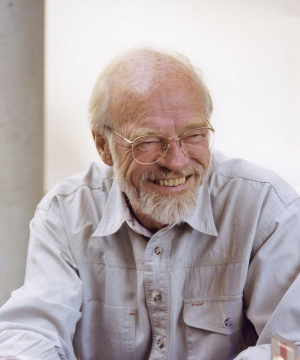 Recently a reporter asked me whether my personal opinions about homosexuality and same-sex marriage have changed over the years. I presume I was asked this question because of my former career as a pastor in the Presbyterian Church (USA), which recently affirmed homosexuality and began allowing its clergy to perform same-sex weddings. Having retired from the pastorate more than 25 years ago, I acknowledged to the reporter that I “haven’t had a lot of experience with it.”

It is difficult to retract statements made on controversial subjects, but we have all said things that after further thought were regretted and retracted.

I am glad Peterson has made this statement. These are good words, yet notably there remain some questions.

Many shared discouragement, yet continued love, of Peterson based on his statements yesterday. Today, many of those who were saddened find some solace (though still questions) regarding his retraction.

Of course, this means that those who celebrated his pro-same-sex marriage statements yesterday have now jumped over to lambasting him for his seeming flip-flop on the issue.

Some have questioned whether LifeWay's threat to remove his printed materials from their bookstores impacted this retraction. While it could be true, I stand by my statement in yesterday's posting that I doubted that would impact him personally regarding his stance.

Retractions are interesting, especially those like Peterson's. They seem like the corrections offered in newspapers found hidden on page 12 that reference the previous day's front page headline.

Cynicism is not a spiritual gift, though I often display it. In this case, I seek not to be the cynic and will take Peterson at his quoted word.

If nothing else, these stories have reminded us of the continued challenges in our culture as worldviews collide.