davidtarkington.com
Home Archives Subscribe
Thoughts on Marriage and Weddings from a Pastor's Perspective
When There's Really Nothing To Say

Last Sunday as we continued our sermon series through the Gospel of Matthew, we focused on Matthew 19:1-12. The issue of divorce is something  that is often tip-toed around in the church, for fear of offending someone or eliminating leadership within the church body. When the church becomes more therapeutic than gospel-focused, often the hard teachings of Christ are either ignored or avoided. 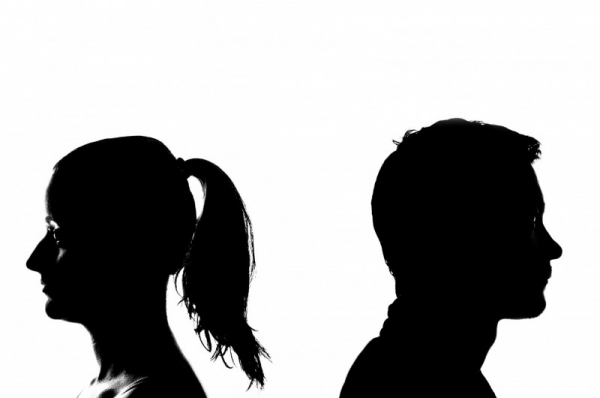 As I have ruminated on the message from Sunday, which is now available on podcast, our website and app, I believe this is a major issue for Christians today. So...some points from the message...

We can rightly say in our nation today the two elements, though legal for years, that ultimately have impacted families and communities most negatively are abortion-on-demand and no-fault divorce. (TWEET THIS)

No one avoids the impact of divorce in our culture. Everyone knows someone - family member, co-worker, fellow student, friend, or self who has either been divorced. The pain is real and yet, the church has a responsibility to address divorce, just as Christ did. There are ultimately two things the church must do when addressing divorce among Christians. David Platt reminds us of these two elements in his commentary on the Gospel of Matthew. The church must...

Unfortunately, the church sometimes misses one element and focuses on the other. To comfort without confrontation is to ignore the teachings of Christ and the holiness of God and his design for marriage. To confront without comfort is to slide into legalism which celebrates punishment while ignoring biblical discipline.

REALITY FOR DIVORCEES IN CHURCH

When it comes to church and divorce, many fellowships have been fractured. Old church photo directories reveal that those smiling couples in the posed Olan Mills images are no longer together. This creates tension in the church as newly divorced man or woman may struggle with where to go to Sunday School. For those who have been part of the couples class for years, they now wonder if they're welcome. While they likely will be, the very real feeling of "I don't belong" develops. Even churches with solid, vibrant single adult ministries often discover a challenge of actually reaching out and welcoming those who, by no choice of their own, are now single because of divorce. Others may have issues of remaining friends with both parties, or neither. This has been echoed by many since Sunday. If the couple was friends with another and then they go through divorce, the dynamic is gone and there's tension where there wasn't before.

Lost sheep are often created due to such.

The church may not respond as many expect, if at all.

Sometimes, the divorcee feels the need to either quit church or go elsewhere simply because he or she just doesn’t want to answer “Where’s your spouse?” question any longer from the many who apparently didn’t notice the ring was no longer on the finger. This, too, is not just an imagined occurrence. It happens. It has happened.

Often when a Christian is contemplating divorce he/she first contacts a divorce lawyer. No disrespect to my family lawyer friends and church members, but this represents a tragic reality. Biblical counsel should be sought. At times, one or both of the spouses may be unwilling. Yet, reconciliation remains the first goal.

Things that seemed certain for generations have been questioned. Some debated. Others changed. As we look to the only word that has remained unchanged, inerrant, and useful for teaching, we see Jesus confronting the very same thing in the first century that must be addressed in the 21st century.

Regarding marriage, once you strip away politics, dumbed down definitions, and varying developments regarding redefinition, it is declared to be true in God’s Word that God is the one who defined marriage. It was not defined by cultural norms. It was not created as a way to fulfill treaties. Marriage was not just the legal affirmation of a union of two (or more) people.

When the Pharisees, who were legalists in many areas, sought to trap Jesus once more with Bible questions, asked about marriage and divorce, they were attempting to trap him or lead him into saying something that could be used against him as they planned his downfall.

Yet, his answer to the question “Is it lawful to divorce one’s wife for any cause?” is met with wisdom and biblical affirmation.

In case you didn’t catch the key phrase here “for any cause” – that’s the first century version of no-fault divorce.

God created marriage. He defined it as being between one man and one woman. While there are numerous occasions, especially in the Old Testament where polygamy is seen, even among the faithful, do not mistake that God’s design and desire is for one man – one woman for life. Sinful men have messed that model up from the beginning.

Jay Adams, one of the preeminent biblical counselors today shared this in his book Marriage, Divorce and Remarriage in the Bible

If marriage were of human origin, then human beings would have a right to set it aside. But since God instituted marriage, only he has the right to do so. Marriage as an institution is subject to the rules and regulations set down by God. Individuals may marry, be divorced, and be remarried only if, when and how, he says they may without sinning. The state has been given the task of keeping orderly records, but it has no right or competence to determine the rules for marriage and for divorce. That’s God’s prerogative.

The healthy Christian marriage is not only something defined by God, but described by God as a covenant relationship. This is much deeper than a contract and while breakable for a small category of reasons, even then it should be avoided if at all possible.

THE LIE OF "FALLING OUT OF LOVE"

The modern understanding of marriage is that of an agreement that will begin at a wedding and last until one of the spouses “falls out of love.”

Falling out of love is a ridiculous concept. It’s not a biblical reason. It’s not even a biblically viable truth. The only reason “falling out of love” is deemed real is because humanity has worked for centuries to excuse and justify sin and when marriage is viewed as a partnership that will remain only as long as I “feel” loved and appreciated, by my own definitions of those words, I’ll remain married. Otherwise, get out and start over.

“I just don’t love her anymore” has been said far too many times by Christian men whom should be smart enough not to even think that.

Love is a choice.

Love is a commitment.

Love for husband and wife, regardless of how one feels, should be the one thing that can be counted on.

Marriage is the uniting of two sinners in a holy, covenant relationship for the glory of God. This union is attacked by Satan from the get go. There’s no “honeymoon” when it comes to spiritual attack.

Divorce is always the result of sin.

Divorce is almost always sinful. There's a qualifier here for the very few times that God allows it. Yet, even in the allowance, there should be hope for reconciliation.

There are so many questions that result from this passage. Questions like “Is it infidelity if…?” and “What about abuse?” and “What if my needs aren’t being met?” and so on.

Our prayer is for...

...Remember that God created marriage, designed it to be holy and glorifying to Him. Love is a choice. If you have made sinful choices, repent of those and seek forgiveness. For the married husband and wife - stay faithful to God and each other.

It is not easy to be holy, but it is doable through Christ.

May all our relationships honor God and bring him glory.