davidtarkington.com
Home Archives Subscribe
Marriage, Divorce, and Christianity
You Are Called to Pastor - Do You Really Need Seminary?

When There's Really Nothing To Say

Have you ever found yourself in a situation where there just wasn't anything to talk about? For some, the answer is a resounding NO, because there always seems to be something to talk about, right? The weather, your fantasy team, politics, etc. Small talk is doable in just about any situation. It's not always helpful or desired, but at least it's an option.

Years ago, one of my ministry interns shared with me that people cannot handle silence. He apparently read a report that stated seven seconds of silence was about the extent of non-noise that could be dealt with, especially in the western world. I'm sure there's scientific research to back that up, but as we would take ministry trips and work together, we would often (unbeknownst to the other) attempt to break the seven-second rule (this is different from the three-second rule that allows you to eat a Cheeto that fell on the floor, as long as it wasn't there over three seconds.) For the most part, it seems he was correct.

Michael Landers, the director of Culture Crossing, a global consulting organization, wrote about this phenomena...

There’s an experiment that I like to do in my workshops in which I pause after completing a thought, as if I’m contemplating my next statement. But instead of taking a one- to two-second pause, I remain silent for about five to seven seconds – and I observe what happens with my audience. In the US, the majority of the audience starts to cough, laugh, talk to themselves out loud, and get wiggly in their seats right around the three-second mark. The signs of discomfort just increase as the time passes. Afterward, I ask the audience how my silence made them feel. For many, it’s excruciatingly awkward. (Full story here.)

When Silence Is All You Have

Despite the seven-second rule and the illustration above, there are times when there really is nothing to say, and saying nothing may be best. See Proverbs 10:19.

I cannot help but think about our story (my wife, Tracy and me) when it comes to communication with family. As many know, we have been living through a season of what may best be called "prodigalism" in reference to the story from Luke 15.

It is a challenging and stressful time, but as I have heard from many dear friends, church members, and other pastors and ministers, our circumstance is not as much an exception as we'd wish. Trusting God that our story will parallel the one in Luke 15 one day, we wait (sometimes impatiently) believing and realizing that as God works for His glory in our loved one, he is doing the same in us. 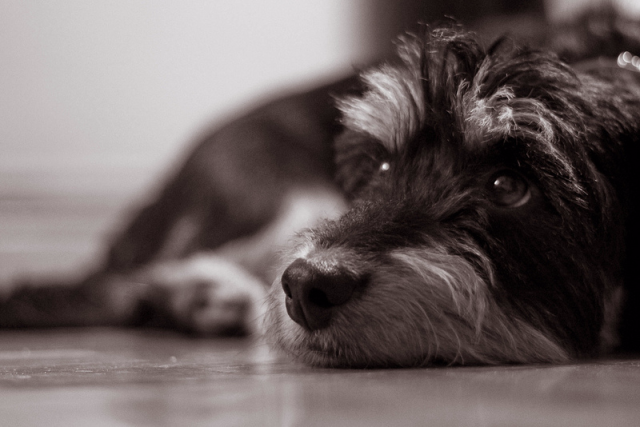 As I have counseled with Christians with family members and friends who, by their own admission, have no need for Christianity, the church, or biblical perspectives, some common desires that arise.

Yet, here's what we know to be true.

It is clear for us that we have more in common and more to talk about with a version of our loved one from the past (which based on the flux capacitor truth listed above, does not exist) than currently.

This is true for many. In our case, when we were told "I just don't believe the way you do" it floored us. This was a statement regarding theology and world view. How did this happen? When did the belief structure shift? Why did we not notice it earlier? These and other questions arose, but even discovering answers to these questions did not change the reality that our family had a world view schism.

All the sudden, that which used to be discussed and enjoyed together disappeared.

Simple family discussions over dinner began to feel like debates.

I was accused (rightly so) of alway preaching. I confess, I'm a preacher. I preach. However, I should have not done so over dinner. I forgot the "2 ears and 1 mouth" principle that states we should listen twice as much as we talk.

As I reflect on the past few years, as the divide became evident and seemingly widened overnight, I realize now how much I did talk (preach) initially with a sense of urgency and a hope to fix things. Guilt over missed opportunities and lack of intentional family worship grew. Accusations of failure swam throughout my mind. I said some things that were amazingly wise and timely (obviously from God's lead, not my intellect,) but there were also things that were sinful and angry (these would be the things God didn't lead me to say.) I regret this greatly.

Yet, here we are. God remains faithful. I trust God in ways I could not truly express prior, due to now having been in those valleys (and still there at times.)

Holidays come and go. That means family gatherings will happen. Communication with our loved one  is not shut down, but it is surface-level mostly. It has come to my realization that there just isn't much to talk about.

This is not passive aggressiveness. It is just the reality that common interests, common faith, and common world view allow for deeper, more meaningful conversations. When those elements are not congruent, the challenges for deeper conversations are more intense.

Honestly, it is easier to talk to someone with far different views in these key areas to whom you are not related. At least that has been my experience. It seems that the closer the relationship should be, the wider the divide when world views and faith are not shared.

I re-read the Luke 15 passage and am encouraged each time. The story culminates with the prodigal returning home. There's not much information on what the dad did during the separation, but what is expressed is his steadfastness and faithful expectation. May I be like that man. I pray if you are in a similar story (whether a parent, sibling, or friend) that you will be like him as well.

So, when you have nothing to talk about, talk to the One who loves your loved one more than you. Pray. You may experience more awkward dinners and family gatherings. You may simply get a random text message and emoji. You may, sadly, not hear from your loved one for quite some time. Every story is similar in some ways, but unique in so many others. Through the uniqueness of your story, remember the common factor that never changes - God and His love.

When there's nothing to say, listen to God. He speaks through His Word. Then, in prayer, you will find that you can talk to God about your loved one in ways that are helpful, hopeful, and healing. This is the good news.