davidtarkington.com
Home Archives Subscribe
A Little Monday Encouragement for the Pastor Who Is Done
Why We Let Other Churches Use Our Building

The Sin of Intermarriage

Today, I led our MidPoint Bible Study through the last two chapters of Ezra. I won't take the time to dissect all that is in these powerful chapters focused on a people's repentance, but will address the primary sin of God's people as addressed.

The people of God had disobeyed him by marrying and allowing their children to marry those from other faiths. From a 21st century cultural view that values an unbiblical and biased view of tolerance more than truth, this seems so out of step and wrong. Yet, God's Word was clearly given to his people as he led them through Moses' guidance from slavery in Egypt into the Promised Land.

Seems pretty cut and dried. God's people are not to intermarry with the idolators of the land.

Then, when God's people are brought back home to Jerusalem in another exodus from slavery, this time under Ezra's leadership, we read this...

After these things had been done, the officials approached me and said, “The people of Israel and the priests and the Levites have not separated themselves from the peoples of the lands with their abominations, from the Canaanites, the Hittites, the Perizzites, the Jebusites, the Ammonites, the Moabites, the Egyptians, and the Amorites. For they have taken some of their daughters to be wives for themselves and for their sons, so that the holy race has mixed itself with the peoples of the lands. And in this faithlessness the hand of the officials and chief men has been foremost.” As soon as I heard this, I tore my garment and my cloak and pulled hair from my head and beard and sat appalled. Ezra 9:1-3 (ESV

The people of God forsook the commands of God and the realization that much of their turmoil was based on generational sin that was ignored by leaders and excused by those committing the sins is clear.

Ezra sought forgiveness from God and led the people to repent. Interesting because Ezra did not marry an idolatrous woman. Yet, he knew complicity of sins of the past and present was true and repented. This may help some who just cannot understand why a people group (for instance white Southern Baptists) feel the need to repent for the sins of long-dead ancestors. Yet, this biblical principle is clearly given here and present-day believers should take it to heart.

I have addressed this before, but with today's current climate of division and the propagation of information (true and untrue) at such alarming speed, it leads me to go here once more.

INTERRACIAL MARRIAGE IS NOT SINFUL

Despite what some believe, what grandma said, what the culture you grew up in has stated, and unfortunately what some churches have even stated as true, interracial marriage is NOT a sin. It is not wrong. It is not even close to being a sin. To believe so is to admit that cultural prejudices remain and at that revelation the only right response would be to do as Ezra did.

I focused on God's design for marriage to be between one man and one woman. That still true precept is clearly under attack in our culture, but nonetheless, remains true. I shared how God intends for children of God to marry children of God and that the focus is for marriage to be a uniting of two who know the Lord personally so that the marriage may celebrate that relationship, draw each closer to God and be a witness to the world of God's grace, mercy and holiness.

And that, my friends is defined by faith, not by skin tone. 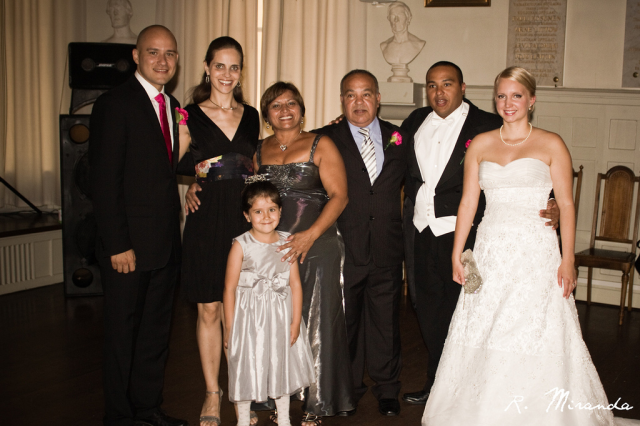 I addressed this back in a 2011 post (HERE) and believe more strongly now than ever that the church has allowed this version of racism to fester for far too long.

When a man joining our church asks "Will I be welcome at this church?" I had to ask "Why do you ask?" His response was "Well, as you can see, I'm a black man. My wife is white." When I heard that question, I was reminded at the stain of racism and how strong it is in our nation, our region, even in our churches. I was clear in my response and stated "Some may have an issue with that. There are unfortunately sins that have been deemed acceptable in the church. But, under my pastoral leadership, we are calling sin what it is and will not allow it to remain ignored." This man serves on our pastoral staff and is a key leader of our team. I appreciated his honest question, but was saddened that it had to be asked in 2018.

"Diversity is not an accident or a problem; it is a sign of God's providence and promise. If the church gets this wrong, it is not just getting race and ethnic difference wrong. It is getting the gospel wrong." (from Removing the Stain of Racism from the SBC)

Ethnic diversity often gets lost in the conversations about gospel unity and we would be wise to get to the center of the issue. Often the interracial marriage beliefs bring these to the surface.

Here's a passage that often is ignored by those who wish to propagate their sinful belief that God wants races to marry their "own kind. Moses married a Cushite woman.

It's there in black and white (no pun intended.) Moses married a Cushite. His brother and sister didn't like it. They didn't like the woman. God approved, but Miriam and Aaron did not. This woman is from Cush. Where is Cush? It's south of Ethiopia. The Cushites were a people with dark, likely very dark, skin. To be clear, Moses was not a pasty-white European as he has been portrayed in artwork and movies. However, Moses was not a very dark skinned Cushite either it seems. What becomes clear in the passage is that God was not disapproving. When Miriam did, God punished her. This is when she was given leprosy by God (v. 10) due to her response. There's more here, but the clear racism and frustration over Moses marrying the "wrong woman" was evident.

Back to the Bible Study

Ezra was grieved because God's people (the "holy race" in ESV is better translated as "holy seed" with reference back to the Abrahamic Covenant) had traded the Creator for creation and "whored themselves" to the false gods and goddesses of those surrounding people. This is deeper than telling your teenagers not to date non-believers, but gives credence to that command. When Christians date and sadly, marry non-believers the Christian journey suffers. It is disobedient to God's command. A mixed-faith marriage creates a weak faith and within a generation or two often results in a no-faith family.

While too much to go into here, it's clear that God's design for marriage is for a Christian man to marry a Christian woman and for that couple to remain married for life. This is for God's glory and the couple's good.

God's people under Ezra's leadership were shaken. They were trembling. Why? Because they read the Word of God and knew of his holiness. Their sin was revealed and they would have to face it. Through their repentance and difficult steps of obedience, they were forgiven.

Your theology should determine your belief system and your politics, not the other way around.