davidtarkington.com
Home Archives Subscribe
Why Our Jacksonville Statement on Gospel Unity & Racial Reconciliation Is Needed
Can We Get a Do Over? Thoughts on SBC 2018 in Dallas

Well...we're still in the news. The Southern Baptist Convention remains a somewhat trending topic among Baptists, evangelicals, and even those outside the church.

We are now experiencing an internal tragedy of our own making. Left to our own devices, pride, self-preservation, ego-driven decisions, and more things less than positive, we find ourselves in dire straits.

In the sermon I preached Sunday from Matthew 24 (which has nothing to do particularly with our current SBC issues) a truth was revealed as Christ addressed the religious leaders and crowds. He reminded them that tough days were coming and it would get worse before it would get better. I understand that the passage is not contextual to our current denominational situation, so will not err by trying to force that, but the thoughts that things likely will get worse before they get better continues to resonate with me.

But, that makes it no less true. 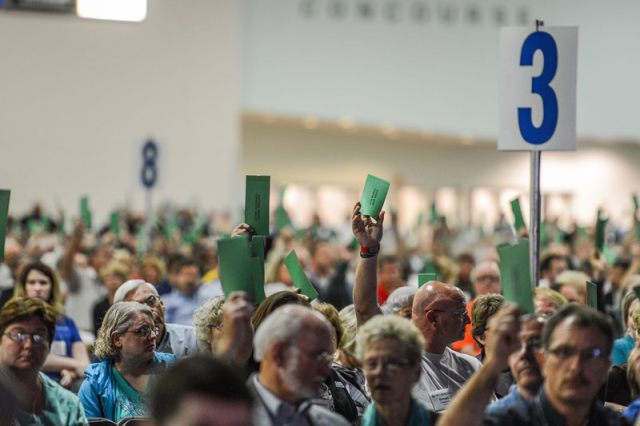 Even now, positioning is happening among some SBC leaders and potential messengers. There is likely an orchestrated plan in the works regarding Dr. Paige Patterson's potential convention sermon. As of this writing, from what I know, Dr. Patterson has yet to recuse himself from the sermon. Yet, I hope that he does.

Furthermore, I hope that no other pastor is given the position of bringing the convention sermon.

I agree with Pastor Sam Rainer, who stated this in a recent tweet...

There should be no sermon at this year’s annual convention. Leave the pulpit vacant. Let the room be silent and call the messengers to prostrate themselves in repentance. #SBC18 https://t.co/8213b6bTkP

A silent assembly - a true silent assembly calling for prayer and repentance would not simply be an amazing statement to those watching, but if truly repentant and heart-felt, would, in my opinion be a step in the right direction for our convention. Ultimately, it could be the only step for the One watching and calling us to repentance.

What The Potential Silent Assembly Must Not Be

What The Potential Silent Assembly Must Be

I have church members and friends who are asking what is going on. I have some who question our continued participation in this machine known as the SBC. Some have declared their disdain for the entire denomination at this point. There truly is a problem. It goes beyond (or deeper) than simply what has occurred at Southwestern the past month. This must be acknowledged.

Maybe Sam will make the motion. He should.

It is clear that there's more going on in the world than our annual meeting in Dallas this year. Nevertheless, in this little corner of what is happening, we, the messengers of the SBC and members of cooperating churches have been put on notice - we cannot ignore what God is doing. In case you misread that and thought I was referring to a great awakening moment, I am not. I am referring to that which precedes great awakenings - repentance (authentic, humble, maybe humiliating, repentance), prayer, and restoration.

I have no idea how our SBC Annual Meeting will end this year. I do believe it must begin well. And, that starts now. <TWEET THIS>

BTW -  If this motion is made and this silent assembly happens, I also think (and this is radical, I know) we should shut down the convention booths, the CP stage, and all the other things that happen as well for that time. Otherwise, those who wish to not join in prayer will just go over to one of many booths, pick up free books, pens, candy, T-shirts, and other specialty marketing stuff.