davidtarkington.com
Home Archives Subscribe
Nothing's Going As Planned...That's Normal
You're Not Special and God Does Not Need You

The Real Results of the Kavanaugh Hearing

Some of you remember Robert Bork. I was a sophomore in college when President Ronald Reagan nominated Judge Bork to fill the vacated US Supreme Court seat of retiring justice Lewis Powell. I remember reading about Judge Bork and observing the process of his nomination and subsequent denial by the Senate as part of a US Government class I was taking that semester. I was intrigued that this man was being opposed in such a strong way by the senators of the opposition party to the President. It was a clear that a political wrestling match was occurring before the American people. Ultimately, Judge Bork was rejected and his name became a verb. From that moment, regardless which US President was serving, when a Supreme Court nominee faced challenging questions and opposition from those on the judiciary committee, the threat of being "Borked" has come up.

Now, another name may become a verb. Judge Brett Kavanaugh has gone from being well known in a small area of the legal and political world to being the lead story on all American news networks in addition to many international ones. His name has been trending on social media for over a week.

When US Supreme Court justice Anthony Kennedy announced his retirement earlier this summer, speculation began regarding whom President Trump would nominate. This is the second court seat to be filled in the Trump presidency and while there was clearly opposition to Justice Neal Gorsuch when nominated, he was approved and began serving on the court in April 2017. 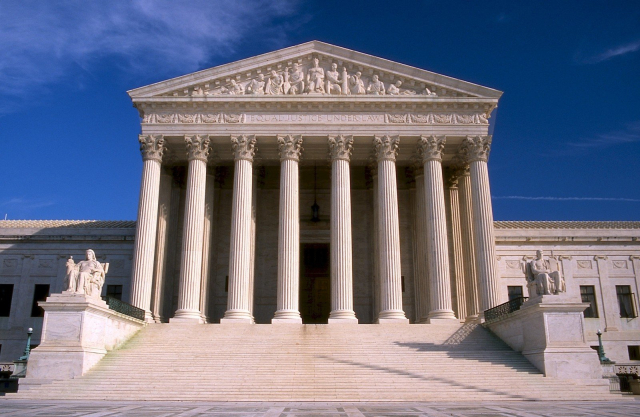 Justice Anthony Kennedy has long been considered the swing vote on the Supreme Court. President Ronald Reagan nominated Justice Kennedy after Robert Bork was "Borked" and when Reagan's second choice, Douglas Ginsburg withdrew his name when it was discovered he has smoked marijuana (boy - how times have changed.)

For the first few weeks after Trump nominated Brett Kavanaugh the nation was presented with images of the judge and his family with stories of their meeting, public service, and family stories centered around their daughters and sports.

Then an accusation of sexual misconduct and attempted rape appeared. At first, it seemed like an old-fashioned "whisper campaign." The accuser, Dr. Christine Blasey Ford, a professor of psychology at Palo Alto University and research psychologist at the Stanford School of Medicine, claimed that while in high school she attended a party with other students from the area. At that party, one of the students, Brett Kavanaugh, attempted to sexually violate her.

Once her story was made public, it spread like wildfire. It became the political weapon for the opposition to Brett Kavanaugh's nomination.

If We Could Get Beyond the Politics

I won't go through all the machinations that have taken place over the past week regarding Dr. Ford's accusations and Judge Kavanaugh's denials. Those stories are provided in depth in various places.

Yet, on Thursday of last week both Dr. Ford and Judge Kavanaugh were given time to present their respective cases and answer questions from the Senate Judiciary Committee. Since this is 2018, the events were televised and livestreamed so that all who wished to be in the room, could be.

I watched the spectacle on Thursday as did many Americans. I read the trending tweets and updates throughout the day and it became clear that many were not to be swayed in their opinions of either Dr. Ford or Judge Kavanaugh. In fact, some were clearly stating that regardless what may or may not have come from the questioning, their minds were made up.

Interesting. But, that's politics in a divided nation.

These two professionals were placed before the nation to discuss incidents that allegedly had occurred over 35 years ago. The events in question are terrible, traumatic, and not to be ignored nor taken lightly. Suddenly the mystery accuser was more than a blurry two-dimensional image copied from a social media page. At the same time, the smiling father and husband was presented as an accused man trying to clear his name.

While these two individuals and their families were basically on trial for the nation, political posturing, preparation for future elections, and attempts to win in the "sound-bite" wars by the Senators at the dais. It was nasty. It was disturbing. It was embarrassing.

Regarding Dr. Ford and Judge Kavanaugh, I agree with Dr. Albert Mohler's take on this from Friday's "The Briefing" podcast:

That doesn't mean, however, that it is not important that we face these kinds of questions, even running the risk of that kind of subjective interpretation.

Now, what was the interpretation made by the American people? It's going to be virtually impossible to come to know that except in general terms. But even in the immediate aftermath of the hearings, it became very clear that to most keen observers looking fairly at the process, both of these individuals came across as credible.

As I have talked with others, and from the mouths of Dr. Ford and Judge Kavanaugh themselves, I believe that Dr. Ford did face a sexual attack that has scarred her since age 15. I have no idea if it was Brett Kavanaugh. He denies that vehemently. I believe that, under oath, each of these individuals have sought to tell the truth. I only believe that because they do come across as credible and because of the severity of punishment if found to be lying under oath.

Can There Be Two Truths?

In the postmodern era of truthiness, we often hear of "your truth" and "my truth" and there is an acceptance of this. Yet, there is no such thing as individual truths that contradict. You cannot have your truth where 2+2=4 and then I have my truth where 2+2=8 and both be true. One will be true. The other will not. Or, in many cases, both will be untrue.

So, in the case of the high school party in question, there are two accounts where each individual affirms with 100% accuracy that their version is true. It cannot be.

Does that mean someone is lying? Well, that's always a possibility. People lie all the time. It's part of the sin nature of humanity and has been documented since the days of Adam (Genesis 3). It could mean that someone is mistaken, unintentionally. Maybe that's my offering of the "benefit of the doubt?"

The Real Results of This Hearing

Regardless how this Supreme Court appointment plays out, I could not help but think of how this spectacle has played out and what this means for people in our communities, our families, and our churches.

The Church in the #MeToo Era

The church cannot remain silent on issues of sexual misconduct and morality. In an age where Catholic bishops have become the sick punchlines for inappropriate jokes regarding sexual abuse of children, the world sees all churches and Christians in the same vein. This is not unlike in the past, but regarding sexual misconduct (i.e. rape, sexual abuse, ignoring "no", adultery, etc.) the church often remains on the sideline refusing to enter the fray. Perhaps this is due to the inability to talk biblically on subjects without devolving into political banter? Maybe it is fear-based, knowing that stories within the local church that have been ignored will come to light? Regardless, to ignore this darkness in our world is to essentially refuse to shine light where it's needed. <TWEET THIS>

Regarding Dr. Ford and Judge Kavanaugh - these people need God's people praying for them. The church must remove the robe of political partisanship and pray for these two image-bearers of Christ. Pray for them individually and for their families. In the meantime, trust God that ultimately, truth will set us all free.

Posted by David Tarkington on September 30, 2018 at 06:27 AM in Hot Topics for Churches, Politics, Religion | Permalink | 0 comments