"I Came To Get Things Ready for What Was Yet to Come" - Dr. R. Albert Mohler, Jr.

Twenty-five years ago (1993) the trustees of The Southern Baptist Theological Seminary (SBTS) in Louisville, Kentucky unanimously voted to hire Dr. R. Albert Mohler, Jr. to serve as the ninth president of the institution. I was finishing up my Master of Arts degree from what was at the time the largest seminary in the world, Southwestern Baptist Theological Seminary (SWBTS) in Fort Worth, Texas. I remember during that final spring semester hearing of the hiring of Dr. Mohler at Southern.

At that time, I had not heard of Dr. Mohler. He was known in Southern Baptist circles certainly, but I was a young student who surrendered to full-time ministry while in my small Texas church. What was happening in Kentucky never crossed my mind. What I did know was that SBTS was not the seminary to attend if I desired to be led by biblical inerrantists who were conservative in their theological understanding. I learned this while in junior high school in Fairborn, Ohio (my father was in the Air Force, thus the moves from Ohio to Texas.) Our pastor in Ohio had just retired from the Air Force and was going to continue his studies in seminary. The closest seminary was SBTS, but he made it clear that he would not be attending the seminary in Louisville. I overheard our pastor explaining why this was, and while I was not really focused on biblical inerrancy as an eighth grader, I knew that to attend a school where the Bible was taught as true, from beginning to end, was important. At least that's how I viewed it as a junior higher.

Nevertheless, as God continued to clarify his calling upon my life, I eventually found myself enrolled at SWBTS. I have fond memories of the time and while SWBTS was dealing with leadership issues as well, it was nothing compared to what was happening at Southern.

SBTS had just hired a 33-year-old man to serve as president. The conservative resurgence was in full effect and while many SBC universities and colleges were not reclaimed, the seminaries would be, and SBTS was perhaps the biggest challenge.

Dr. Mohler stepped into the leadership role and immediately was faced with opposition.

His steadfastness to biblical fidelity and theological truth is to be admired and lauded. In fact, in 1995 it appeared that his tenure as president could go down as one of the shortest in SBC history. Yet, he prevailed. The trustees affirmed his leadership. Following the loss of millions of dollars of endowments and having over 60 percent of the faculty leave (either willingly or through termination), the days at SBTS did not seem sunny.

For those who remember, we understand how close we came to losing our first seminary to the throes of theological liberalism.

Yet, Dr. Mohler persevered. God has since blessed SBTS in so many ways. 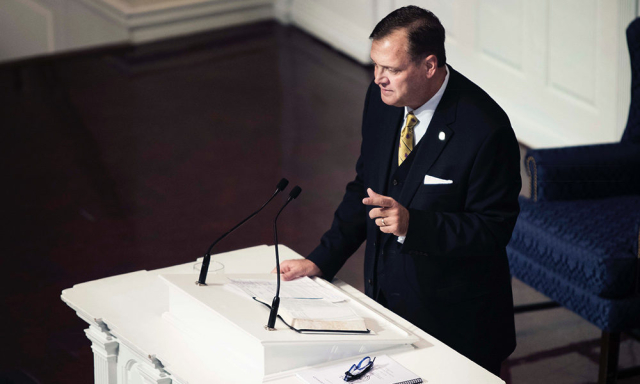 Dr. Mohler continues to lead the seminary well. Enrollment is up. The work being done through SBTS continues to impact the world for the sake of the Gospel.

Dr. Mohler is not perfect. He would attest to that truth. Nevertheless, from my perspective, Dr. Mohler was God's man at SBTS twenty-five years ago. He is the right man for the role now. For all that he has done at SBTS, I am thankful.

I have just completed my Doctor of Educational Ministry at The Southern Baptist Theological Seminary. Come December, I will have the privilege of shaking Dr. Mohler's hand on the stage in Alumni Chapel and then will be honored to wear not only the title of Doctor, but of SBTS alumnus.

Many younger students at Boyce College (the undergraduate college of SBTS) and Southern likely do not know all that took place during those years in the mid-1990s. Even many older Southern Baptists may not have been aware. Yet, as we thank God for all he has done, and honor Dr. and Mrs. Mohler for their service to SBTS and all Southern Baptists, it is wise to look back and remember from where we have come, while looking ahead to a bright future.

Throughout this week, trustees, faculty, students, and alumni have celebrated Dr. R. Albert Mohler Jr.'s twenty-five years of service as president of The Southern Baptist Seminary. I am thankful as well. Please take the time to view the video highlighting this occasion.

You're Not Special and God Does Not Need You

The title of this article may sound like one of the harshest statements to make to someone and could be considered mean-spirited, but before you ignore the rest of this posting, read through it and think about what this title means.

Back in 2012, English teacher David McCullough, Jr. became a trending name online and was even featured on numerous television shows related to the commencement speech he gave at Wellesley High School. It's a very good speech and if you have not heard it, it's worth the click to view here. McCullough's address was to a crowd of soon to be high school graduates. My address is hopefully wider.

We live in the era of self. Of course, there has never been an era not focused on self, but it seems that more and more, things are being said, written, sung, and declared that seem to elevate the individual higher and higher. Just look at the self-help books and resources available in bookstores (online and storefront) and libraries. There are so many things focused on self-esteem, self-worth, self-awareness, etc. that it is easy to see how marketers can take advantage of the era to make money. Apparently, many people struggle with so many "self" issues, that if you could just come up with an answer to one, you can bankroll your future and maybe keep your kids out of having to get student loans. 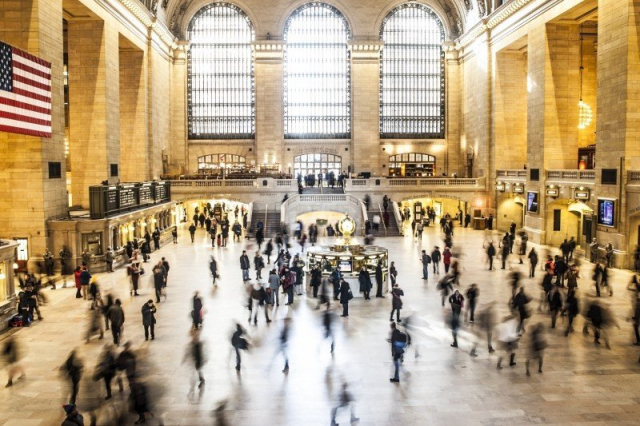 To declare that you're not special sounds insulting. Even among Christians. The Christianized version of all the self-focused resources out there end up filling shelves in church libraries (some churches still have those) and even sit on the bedside table of Christians seeking to have better and healthier life experiences here on earth.

But, there's a problem.

Regardless what your mom told you.

You have unique fingerprints, DNA, life experiences, right? Sure. You're the only you there every has been. (I can almost hear Mr. Rogers say it.) You're like a snowflake (just an example, not meant to be an insult here.)

But you're not special.

In Heath Thomas and J.D. Greear's commentary on 1 & 2 Samuel, they state:

Contemporary North American society would have us all be Sauls instead of Davids. And for the most part, the church repeats these lies in Christianized forms. Thus we teach people that they are special, unique, like a snowflake. In a [more] profound sense, none of us is all that special. Yes, we are fearfully and wonderfully made in God's image, but we do the Bible a great disservice when we try to show how these truths lead to self-esteem boosting and puffing up our egos. Even the prophet Elijah, the greatest prophet in the Old Testament, was - according to James - "a man with a nature like ours" (James 5:17).1

That flies in the face of what many Christians have been taught overtly, or at least subtly. This normally occurs in church when a dearth of leaders and volunteers occurs (based on our last leadership team meeting, this only happens on days that end in "y".) Sometimes, it is expressed when there is a budget shortfall or a need for funds (again, all the time in our church and others I know.)

The call to service sounds like "God needs you." You know, if you don't do something right now, all that God had desired and planned and expected will fall apart. It's as if God is up in heaven wringing his hands just hoping you'll join the team. And if you are a Christian, he's really hoping you'll decide to serve in the church, in the ministry of need, or give a bit more in the offering. Come on! He's counting on you!

As for God needing us, it's a flawed perspective. It's an unbiblical treatise. God does not need. He is not needy. He is not lacking. We do not fill a "human-shaped void in his heart" to turn a common sermon illustration upside down.

God does not lack for personnel.

God does not lack funding.

God does not have to deal with a deficit.

Perhaps this doesn't help you feel special, but the truth is that the gospel is not focused on making us feel special.

There it is. The special One is God alone. We are like those people in the Bible. You know, Abraham, Moses, Joseph, David, Peter, Ruth, Hannah, Nicanor (look him up), and more. They're heroes of the faith. They did some pretty amazing things. Yet, before they became really amazing, it was very clear ... they were all so very ordinary.

This is hard to come to grips with for many. Let me encourage you to ignore the false "amazingness" that is often depicted on Instagram and Snapchat from your friends and others you follow. Those stories do little more than puff up the already puffed up and depress the ordinary people just trying to live faithfully. It's a pretty amazing tactic of destruction our enemy uses.

Also, be careful. It's easy to become a "me-monster" when talking to others. It's our nature to one-up others just to espouse our "specialness."

Then what? Right? This is a huge shift from what the culture (and parents and grandparents and coaches and teachers, etc.) tell us. In a world where everyone gets a trophy and everyone is special and unique, this harshly stated reality check is needed. But, be careful or you will miss the greatest thing related to this revelation.

In our "not so special" world of being very ordinary, the very real and special God actually desires to know you and rescue you from the sin that infects you (and yes, we're all infected with this.) This solely special God loves you so very much and by grace, he invites you to know him and join him. And this invitation can take the ordinary and make it extraordinary, but not of ourselves, but by and through Him alone.

As stated by Thomas and Greear, "Christianity is a large collection of nobodies worshiping a great big Somebody."

Even those who have surrendered and have been redeemed need reminding of this...daily.

You are dearly loved, and you don't deserve it.

You're not special. God is.