davidtarkington.com
Home Archives Subscribe
"I Came To Get Things Ready for What Was Yet to Come" - Dr. R. Albert Mohler, Jr.
When A Christian Author Apologizes for His Best-Seller

Somebody's Feelings Will Be Hurt

For those from a certain generation, the term "Growing Pains" brings to mind a 1980s sitcom starring Kirk Cameron and Tracey Gold. The term originally referred to the aches and pains associated with the transition from childhood to adulthood brought on by the onset of puberty. These aches are most often in the legs and while uncomfortable are known to just be the normal process of physical maturation for healthy young people.

When it comes to spiritual maturity, there are growing pains associated with this part of the journey as well. For the past couple of months I have been preaching through Paul's letter to the church at Philippi. Chapters 3 and 4 speak clearly on the expectation that Christians are to mature in their faith. While a child-like faith is to be lauded, a childish faith is to be condemned. It seems that even in the first century, Christians were content on beginning the journey of faith, but as the days, months, and years went by, they found themselves no more mature than at that moment of spiritual rebirth. Paul uses his own experiences as encouragement for others to grow and move forward in faith. This is not an affirmation of what has been deemed "works theology" but the proper expectation of a growing Christian.

I press on toward the goal for the prize of the upward call of God in Christ Jesus. Let those of us who are mature think this way, and if in anything you think otherwise, God will reveal that also to you. Only let us hold true to what we have attained. Philippians 3:14-16 (ESV)

In chapter 4 of the letter, Paul calls out two women in the church. We don't know much about these women other than their names, Euodia and Syntyche. What we do know is that these women used to be friends. They're both Christians. They are both members of the same church. They actually served together along with Clement, with Paul on mission. The tragedy is that these women are now at odds. They are divided and apparently their division is so severe that Paul has heard about it over in Rome while in prison. 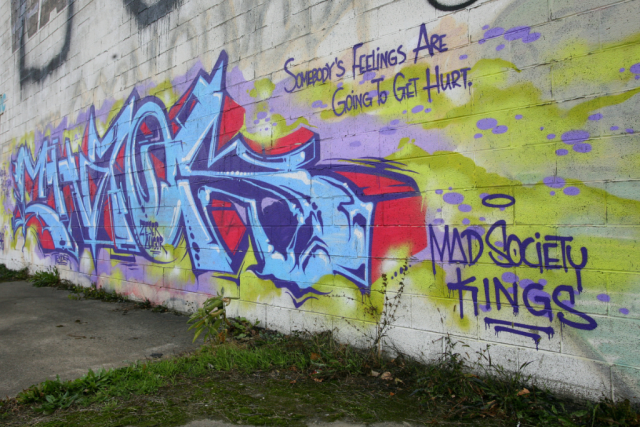 While we do not know what they are fighting over, we do know that whatever it is is so ridiculous that it holds nothing positive regarding eternity, Christianity, or the growth of the church. Their inability to reconcile has apparently placed the church in a dangerous position. People are likely taking sides. Those who used to worship together cannot even sit together now. Disruption and division now is known as the characteristics of this church, especially from those outside the church.

Here's what I believe happened. One of these ladies had her feelings hurt by the other, either intentionally or accidentally.

In this case, the division is between two women, but this type of argument and fight is not gender specific.

A Promise You Can Bank On

In the case of the first century, where churches are designated by cities, hurt feelings leading to fights in the church are even more severe than today in America.

In most areas in the our nation today, there are other options. You know, other churches. I know there are some rural areas where this is not the case, but in our community there are almost as many churches as coffee shops and pharmacies. In the almost twenty-five years here in our community, I have seen hurt feelings dealt with in various ways, but one common way is to just leave church A and go join church B (or C, D, E, etc.) We have seen this revolving door in action for decades. The sad reality is that some church leaders actually view this as growth. Yet, these members soon get their feelings hurt again and end up at the next church promising creative worship experiences, relevant teaching, and incredible children's and youth ministries. In a culture of the easily offended, hurt feelings are more common than afternoon rain showers in Florida.

Yet in the first-century church, there were no spin-offs, splits, new works, or church plants to join down the street. So, what would happen? Well, the same thing that sometimes happens to the "losers" in church fights today. They just would stop attending. They would become names on a roll where a few months later someone would ask "Hey, whatever happened to so-and-so?"

That still occurs and when it does, God is not pleased, the kingdom is not moved forward, the great commandment and commission are forsaken, and immaturity becomes the norm.

Sometimes, the growing pains of being a Christian include learning how to trust God when your feelings get hurt.

No one wants their feelings hurt. No one wants to feel disenfranchised. No one wants to be ignored, left out, voted down, or deemed a loser in an argument. Yet, these things happen. All the time. It is through these difficult times that God will bring us to a point of reconciliation and hopefully restoration. These are growing pains.

Sometimes we ache because of immature or poor decisions on our part. Sometimes the pain comes from another's decisions or actions. Christ understands that.

So be thankful for growing pains. Take Paul's advice on how to respond and move forward. Paul believed that Euodia and Syntyche would reconcile and that the church would step up to facilitate this. So, there's hope for you as well.

Rejoice in the Lord always; again I will say, rejoice. Let your reasonableness be known to everyone. The Lord is at hand; do not be anxious about anything, but in everything by prayer and supplication with thanksgiving let your requests be made known to God. And the peace of God, which surpasses all understanding, will guard your hearts and your minds in Christ Jesus. Finally, brothers, whatever is true, whatever is honorable, whatever is just, whatever is pure, whatever is lovely, whatever is commendable, if there is any excellence, if there is anything worthy of praise, think about these things. Philippians 4:4-8 (ESV)