davidtarkington.com
Home Archives Subscribe
Somebody's Feelings Will Be Hurt
What Is Holy Sexuality? - A Review of Christopher Yuan's Latest Book

When A Christian Author Apologizes for His Best-Seller

The evangelical church world of the 1990s was transitional and unique. This was the era of huge youth groups which were used as draws for suburban families and the growth of ministries with expansive buildings, events, conferences, and matching t-shirts.

In the era of youth ministry defined by Super Summer, See You at the Pole, Night of Joy, EdgeTV, DiscipleNow Weekends, Fifth Quarters, and True Love Waits rallies came a best-selling book on relationships written by a twenty-one-year-old son of a national home-schooling leader. The book immediately became a best-seller. People like Elisabeth Elliot and Dr. James Dobson endorsed it. Churches were purchasing copies and providing them to students in their youth ministries. All the sudden even the concept of dating someone was considered sinful. 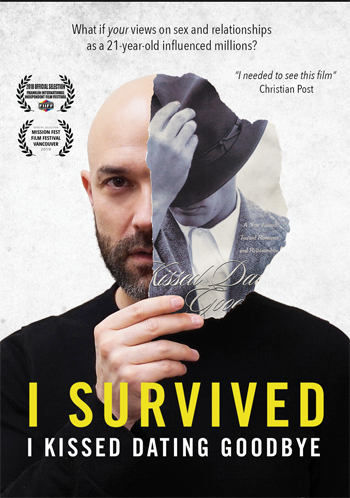 Joshua Harris' book I Kissed Dating Goodbye was everywhere. Well, at least everywhere in the conservative, evangelical Christian subculture that exists in our nation. I actually have a copy of the book in my office. I have had it since 1997 when serving as Student Pastor at the church here.

Harris, in retrospect, shares in a TEDx talk...

I was twenty-one. I knew a lot, okay? I should probably mention at this point that I had been home-schooled my whole life and I had only been in one serious relationship at this point.

He goes on to say that there were things in the book that he still believes to be true. It's clear that some were benefited by what he had written. Yet, about two years ago, he discovered that a growing number of commenters on social media and in other areas within the bubble of his church-world expressed not that they were helped, but that they were harmed.

That's a broad-stroke, but nevertheless, the reality exists.

Harris, a former pastor at an east coast megachurch resigned a few years ago to pursue seminary training. You can Google this to see more of that story, but by his own admission, as a forty-year old pastor, he realized that which had disdained and declared unnecessary (quality seminary training) was something he needed and was being led to pursue. But, that's another story.

The Book Has Been Discontinued

The best-selling book has been in publication since the original release in 1997. However, just over a month ago, Harris declared that he has requested his publisher stop printing the book. The publisher has agreed.

It's a bold move and has caused a bit of question among those content on living in the subculture. Harris states:

In light of the flaws I now see in I Kissed Dating Goodbye, I think it's best to discontinue its publication, as well other supplemental resources tied to it (this includes the two books I wrote after it whose content is similar.) My publisher, whose encouragement in this process has been deeply meaningful to me, supports this decision and will not reprint the books after the current copies in their inventory are sold.

So, what is wrong with the book? Why has Harris publicly apologized? For what is he apologizing?

He states it best here:

While I stand by my book’s call to sincerely love others, my thinking has changed significantly in the past twenty years. I no longer agree with its central idea that dating should be avoided. I now think dating can be a healthy part of a person developing relationally and learning the qualities that matter most in a partner. I recommend books like Boundaries in Dating by Dr. Henry Cloud and True Love Dates by Debra Fileta, which encourage healthy dating.

There are other weaknesses too: in an effort to set a high standard, the book emphasized practices (not dating, not kissing before marriage) and concepts (giving your heart away) that are not in the Bible. In trying to warn people of the potential pitfalls of dating, it instilled fear for some—fear of making mistakes or having their heart broken. The book also gave some the impression that a certain methodology of relationships would deliver a happy ever-after ending—a great marriage, a great sex life—even though this is not promised by scripture.

Most people understand the concept of the pendulum swings regarding popular opinion and cultural norms. In one era something becomes popular and people rally around it. In the next, the opposite is true. This occurs politically, culturally, and sociologically.

But should it occur theologically? It has. The liberalism spurred by the age of enlightenment rightly caused great concern. Some responded by swinging far to the other side, past a conservative and literal reading of Scripture to a legalistic base.

The fear now is that some (maybe the children of the legalists) are swinging too far to the other side and embracing a form of tolerance that ignores Scripture and absolute truth. It's always a fear, but then fear is always the motivator for the growth of liberalism and legalism. Maybe these two extremes are not that dissimilar.

Some fear the reaction to Harris' apology will be an increase in unbiblical sexual relationships and a tolerance for ungodly acts. I think those with this fear give more credit to Harris's influence that deserved. It's definitely more than he would claim.

Yet, there is something here in Harris' statement that deserves acknowledgment and kudos.

The book emphasized practices (not dating, not kissing before marriage) and concepts (giving your heart away) that are not in the Bible. In trying to warn people of the potential pitfalls of dating, it instilled fear for some—fear of making mistakes or having their heart broken.

That statement is the key. When unbiblical models are declared biblical, sin occurs. Fear was the result. A generation of church kids were given good ideas that were not necessarily God ideas, yet were not provided the wisdom of proper discipleship to discern the difference.

Serial dating is not condoned as godly either, so be wise here. Yet, the reality that holy matrimony, though God's plan for many does not eliminate the reality of holy singleness. For some in the church subculture, the message has been clear - if you're not married, there's something wrong with you. Maybe some have held too tightly to Harris' book while abandoning the one that should be read which speaks truth unapologetically and without error (uh...I'm talking about the Bible.)

I appreciate Harris' candor and honesty. His apology is well received and the journey he has taken to get to this point is worth study.