The story of the prodigal son in Scripture (Luke 15) has been told over and over again for thousands of years. It is one of the most popular stories and is an incredible illustration of God's steadfast love and his patience. It is one in a listing of parables and stories about lost items being found. Therefore, it should be read along with the other stories (the parable of the lost sheep and the parable of the lost coin.)

The story is wonderful in so many ways.

Yet, when you find that your personal story begins to parallel this biblical account in some aspects, you (well...I) tend to read it differently. I have to be careful here because I don't want to say that "I see myself in this story" because that's not the point of this or any biblical narrative. It's not about finding the character that most matches you or me. It is a story about and by God. He is the primary character, as he is throughout Scripture.

Nevertheless, human nature being what it is, I cannot help but do as many others have regarding the story of the prodigal. 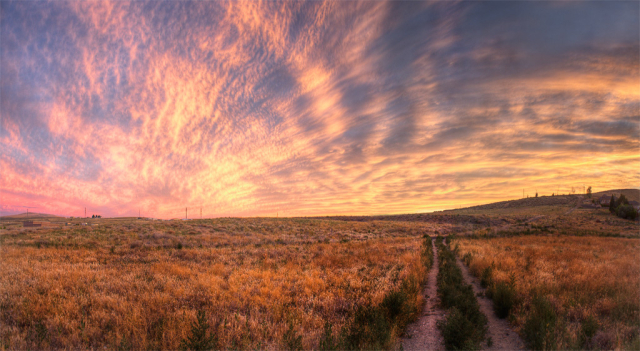 In the church subculture that many of us have grown up within, a child is viewed as a blessing. This is a biblically-based construct and is true. Children are blessings.

Behold, children are a heritage from the Lord, the fruit of the womb a reward. Psalm 127:3 (ESV)

Therefore, as Christians, when we first discover we are going to be parents, we seek to do our very best to live morally and faithfully, not just for ourselves, but for the little ones God has entrusted us to raise. This is not wrong. This is a holy calling and a right desire. In fact, this is one of the reasons our church is so focused on our family-equipping discipleship strategy. This is also the reason that churches historically have created Sunday schools, youth ministries, children's programming, etc.

Wouldn't it be nice if we were guaranteed that our children would grow up to love the Lord, surrender to his calling, become faithful followers of his and be grand examples of a legacy of faith?

We do not get that promise as parents. We are afforded this proverb, and it should not be ignored or taken lightly.

Train up a child in the way he should go; even when he is old he will not depart from it.Proverbs 22:6 (ESV)

The problem is that often as Christians we read that verse as a promise, rather than a proverb.

Then...if a prodigal story becomes a reality, a crisis of faith often results.

Perhaps the Most Difficult Part of the Prodigal Story

I know that many of you have read this story over and over. Yet, just a few days ago a portion of the story struck me as profound. I began to think about the father in the story and that moment which may have been most difficult for him.

Perhaps the most difficult portion is located somewhere between verses 13 and 14.

13 Not many days later, the younger son gathered all he had and took a journey into a far country, and there he squandered his property in reckless living. 14 And when he had spent everything, a severe famine arose in that country, and he began to be in need. Luke 15:13-14 (ESV)

It is in that moment when the son squandered everything given to him by his father, yet is not at the point of return.

At this point, the son has asked for his inheritance (i.e. his college tuition, the savings account created by his parents when he was a child, the car given to him at age 16, his own cell phone, wireless plan, clothes, and anything else that was agreed to be his) from dad and has left home. The story states that he took a journey into a far country. There's no need for more details than this in that we all know this means his new home is as far away from his original home as he could get. This is freedom, right?

While experiencing his newfound freedom, he squanders everything given to him by his father. He lives recklessly. He isn't going home yet, however. This may be due to pride or a continued desire to "be his own man." Things became even more harsh for the son.

What About the Dad?

What is the father doing? Apparently, he is still living in the same house. He is waiting and watching, it seems, for his son to return. However, it appears that it was quite some time before the son came to the place where he would even consider a return. Spoiler alert: he does return. Read about it in Luke 15:11-32.

Now, I know this isn't part of the narrative, so please bear with me.

For every parent of a prodigal, it is the waiting that proves to be so very difficult. The fear of what the child is doing can be debilitating. In the biblical world prior to social media, it was simply the imagination that created these possible stories. Nowadays, these fears are often affirmed due to postings and photographs that reveal what the Bible would categorize as debauchery. This pains the parent deeply, knowing that the present fun will not end well if the child continues down this path.

In my own experience, as well as in conversations with many others who have gone through and are going through similar situations, there are some common thoughts that seem to pop up.

There are more thoughts that come up. Believe me, my wife and I have experienced these and more. I wonder if the father in the prodigal story did as well. Of course, I understand that this is a parable likely that does not reflect the story of an actual family. The father is representative of our heavenly Father. There is a teaching here regarding lostness and being found. I understand that. Yet, when you find yourself in a similar story, you cannot help but think this way.

In our church, over the past six years, my wife and I have had the pleasure (can you call it that?) of talking with and counseling many other parents who have also experienced a prodigal experience. For some, their story continues. They are older than us. Their children are closer to our age than the parents. It's encouraging to hear how they have persevered. At the same time, it is a bit discouraging to think that we may be closer to the beginning of our story than the resolution. Many others have come seeking advice, prayer, community.

If I dared to start a small group for "Parents with Wounded Hearts" I fear we may not have a room large enough to hold the group.

I could promote it as "A broken pastor and his broken wife leading broken Christians through broken stories of broken relationships with broken children seeking wholeness and healing." That may be too long a title, but you get the point.

The pain of not knowing is almost as great as the pain of knowing. Sometimes it's greater.

Thankfully, the story in Scripture does resolve. I have no idea if our story or the myriad of others in our church and community of believers will resolve like the one in Luke. I wish I did know. Well, I think I wish I knew.

I have come to know that while this part of my ministry is not the one I desired (the ministry to other parents of prodigals) it is the one He has given. I have come to realize that God loves my children more than I do. That sounds easy when everything is going well. It is more difficult when the bottom seems to be falling out. It is no less true regardless of circumstances.

I have also come to realize that even in the questions (as listed above), the crises of faith, and confirmation of calling, God has remained faithful. Again, easy to say when you're on top of the mountain. Much more difficult to acknowledge in the valley. Nevertheless, I believe it to be true.

Lastly, I have come to know that religious clichés, ministry programs, shame-based Bible studies, and guilt-laden preaching* are not of God and provide no help or healing. Yet, pure religion, biblical relationships, true worship in one-on-one settings and corporately, and gospel-centric preaching, Bible teaching, and study resonate with the holiness, godliness, grace, and goodness of God.

With that, I watch and wait.

I pray that you can do that as well.

*When I say "shame-based" and "guilt-laden" I am not referring to the clear, convictional, Holy Spirit-inspired and anointed teaching and preaching of the Gospel. For that, I offer no apologies. As a text-driven, expositional preacher, I believe in the inerrant Word of God and know that the cross is offensive. I believe we must preach the gospel at all times, and for heaven's sake, we MUST use words. It is just that sometimes, a tendency to create a listing of "dos and don'ts" that are ultimately legalistic Pharisaical add-ons to Scripture based on personal preferences and prejudices than God's Word have been propagated in the church, leaving the sincere, blood-bought, forgiven, God-honoring followers of Christ thinking that they must do more works to be loved and accepted by God. This is empty religion and is a false works-based gospel as dangerous as the prosperity gospel and others that masquerade as truth.