davidtarkington.com
Home Archives Subscribe
Maps Not Menus - The Discipleship Shift Our Church Must Make
The Church Must Do More To Protect Its Most Vulnerable

The Politicization of Abortion

I wrote on January 25 of the changes to law in New York regarding abortion (Read Here). My contention is that the taking of infant lives (whether inside the womb or outside) is sinful and abhorrent. When the Supreme Court presented their landmark decision on Roe v. Wade in 1973, the dividing lines between pro-life and pro-abortion citizens grew wider and more distinct. 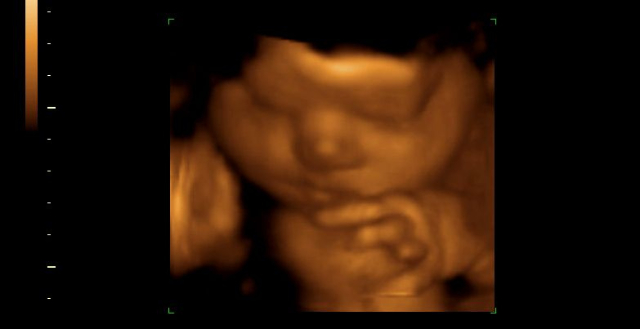 The Supreme Court in 1973 was led by Chief Justice Warren Burger. The final tally was 7-2 in favor of allowing women to have legal abortions under the Due Process Clause of the 14th Amendment. Since everything is politicized (even the supposed non-partisan courts) many may be surprised to note that of the nine justices ruling on this case, six were nominated for the seat by Republican Presidents, and three by Democratic Presidents. The two dissenting votes were from Byron White, nominated by President John F. Kennedy, and William Rehnquist, nominated by Richard Nixon.

The Latest on Politicized Abortion Talk

As many of you likely know by now, a bill was proposed by Delegate Kathy Tran (D) in Virginia earlier this week. Suddenly, a delegate not known nationally was thrust on the national stage when the video of the Virginia House began to trend. In the clip, she is questioned about her bill that would change the state requirements regarding third trimester abortions. She has since stated that she misspoke regarding some of her answers, but is not backtracking on her desire to see abortion rights expanded in the state. I've posted the video below:

The video of Delegate Tran was viewed online and on various media venues many times. The divide in the nation was clear regarding responses to the clip. To be clear, many responses (on both sides of the Pro-Life issue) were hateful, rude, and very personal regarding either Delegate Tran, or others who disagree with one's viewpoint.

Once Delegate Tran's video started trending, the Governor of Virginia was asked his opinion. Governor Ralph Northam (D) served our nation in the US Army as a doctor. Following his time in the military and prior to seeking public office, he was a pediatric neurologist. The question posed to him on a radio show regarding third trimester abortions and Delegate Tran's proposed bill seems to have taken the Virginia story to a higher level of viral status. The interview was an "Ask the Governor" piece on WTOP Radio that lasted almost an hour. Questions were on numerous issues throughout the show that did not trend or were not deemed interesting by most viewers outside of Virginia. However, when questioned about Delegate Tran's bill, the trending began. Here's is the full interview, with a starting link at the question on abortion:

Now, with politics being what it is, there are various "re-clarifications" being made, statements regarding viability, choice, number of physicians affirming an action, women's rights, disenfranchisement, and the like. This is not surprising. It happens all the time. It happens with just about every political issue, especially in America's greatly divided political culture where politicians often seem more like reality show stars (some were, I know) and everyone watching is just waiting to see who wins immunity, who gets voted off, who earns head or household, or other such analogy.

When it comes to life, as Christians we must be careful not to allow the politics of the day to sway our understanding of biblical truth. It is the Word of God that is our authority. For the pro-life Christian, it must not be simply an agenda item for the next election, but a heart-felt stance, founded on God's Word and Truth, that sees all human life (from conception until death of a long-lived senior adult) as valuable and worth speaking up and standing up for. The culture of death that permeates our nation is expanding. We are suffering for this. We will continue to do so.

Since we are swimming in the political pool right now on this issue (that is more than a political one,) I will share a clip from Senator Ben Sasse (R) of Nebraska regarding these recent issues. I believe Senator Sasse is correct in his assessment, not because he's a Republican man, but because his statements actually align with a biblical worldview that treasures life.

Life matters. All human life. At all stages.

For you formed my inward parts; you knitted me together in my mother’s womb. I praise you, for I am fearfully and wonderfully made. Wonderful are your works; my soul knows it very well. My frame was not hidden from you, when I was being made in secret, intricately woven in the depths of the earth. Your eyes saw my unformed substance; in your book were written, every one of them, the days that were formed for me, when as yet there was none of them. Psalm 139:13-16 (ESV)

Posted by David Tarkington on February 01, 2019 at 11:34 AM in Hot Topics for Churches, Life, Politics, Religion | Permalink | 0 comments