davidtarkington.com
Home Archives Subscribe
I'm So Excited You're Planting a Church ... Wait. What? You're Planting Down the Street?
Remaining Faithful When There Are No Victories

The Risk of Pastoring in a Culture Saturated With False Teachers

Over the past three weeks we have shown the documentary "American Gospel: Christ Alone" at our church.* This documentary gives a clear description of the gospel while contrasting it to the false prosperity gospel that has become so prevalent in our nation. False teachers and charlatans are selling a version of Jesus that is marketable, but ultimately evil as many who read their books, listen to their teachings, and attend their churches and gatherings are being sold a bill of goods that will leave them feeling good about themselves, but eternally bankrupt. 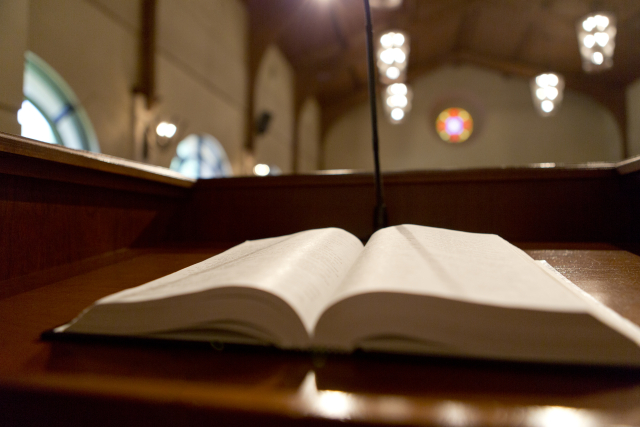 Once we began advertising that we would be showing the film and promoted it via the sharing of trailers online and showing them at close of our weekend services, some church members came to me (actually a number of people) to tell me that it was risky what I was doing. Some even said "You're brave for doing this."

At first I was taken aback. What was so brave about showing a film exposing falsehoods? What was so risky about sharing truth?

Those dear church members who shared this with me were not chastising me. They were not upset we were showing the film. They were just letting me know something that I hoped was not true.

Despite the weekly preaching of God's Word, despite the careful selection of hymns and spiritual songs we sing...some in the church have either not been made aware of the dangers of certain teachers or were unable to discern lies disguised as truth.

Apparently a number of regular attenders and members of the church have been watching those highlighted in the film, buying their books, and doing their best to "live their best lives" and seeking to "speak things" into existence, while smiling and declaring that all one needs was more faith (and a donation to the promoted ministry) in order to be right with God.

As we watched the film together, questions were asked by church members. I sought to give biblically sound answers, seeking to do so with much grace as it was clear some were conflicted.

Many asked about individual pastors and teachers. At this point, I was put in the position of saying one of three things:

I was even asked if as a Baptist preacher I thought my role was to talk down and denigrate other Christian denominations and leaders. Whoops! I had to check myself when asked this. Because of my nature (human, sinful nature) I can easily find fault in others (and myself, too.) However, I had to clearly respond that in no way was my calling to declare that only Baptists are going to heaven. I even stated that I don't believe all Baptists are going to heaven. The calling out of false teachers was not about declaring a denominational pecking order, but about identifying, discerning, and declaring teaching claiming to be true that is actually false as heresy.

It is part of the pastor's calling to protect those under my lead.

Paul made this clear to the elders in Ephesus...

Pay careful attention to yourselves and to all the flock, in which the Holy Spirit has made you overseers, to care for the church of God, which he obtained with his own blood. I know that after my departure fierce wolves will come in among you, not sparing the flock; and from among your own selves will arise men speaking twisted things, to draw away the disciples after them. Acts 20:28-30 (ESV)

Some who claim the title as discerners write blogs and articles demeaning many other Christians. Eventually, these discernment bloggers present themselves as little more than modern-day Gnostics. They would be offended at being called such, but their negative attitudes and argumentative styles, absent of grace, paints them as the only ones with the full truth (or as the Gnostics believed, the "secret" knowledge.) To be biblically discerning is not to be self-righteous. It is so easy to become pharisaical while attempting to stand for truth. In fact, prior to his conversion, Paul was seeking to stand for God while attempting to destroy His church. I would say that sliding into this corner while attempting to fight for God as a discerner is easier than we think.

Nevertheless, we must be discerning. We must be protective of the church, especially young in the faith believers who are easily swayed and confused. That means as a pastor, calling out those who teach an incomplete gospel (a false gospel) as such.

It is risky to tell people that their spiritual heroes are liars.

It is risky to reveal that even though a certain pastor or teacher has a huge church, has many books on The New York Times best-seller list,  produces music that is popular and even worshipful, the message being shared from that ministry is a sham.

It is humbling to realize that while you may be the pastor of your church and believe yourself to be the pastor of those who have joined and are covenant members of the church, that some actually get their "spiritual" guidance and "Christian" teaching from others. In many cases, their spiritual leader is a celebrity pastor/teacher who never actually is in the physical space as those who follow them. Sadly, you discover that rather than being considered the pastor of your congregation, you may be thought of simply as the employee who just preaches sermons on the weekend and visits sick people during the week. I mean, the celebrity pastor isn't going to perform your church members' children's weddings. He likely won't preside over the funerals either. Someone has to do this, right?

To call out a liar as a liar is not often met with applause.

The greater risk for the pastor of any church seeking to declare the gospel truthfully and clearly is to not do so. The congregation that has been entrusted to you as a pastor deserves the truth. The risk of tickling ears to ensure one's paycheck continues to arrive is daunting, and while temporal comfort may result, the eternal damage is too heavy to ignore.

Preach on pastor. Use words. Care for your congregation. Love them enough to continue telling them the truth. The risk is worth it.

*We purchased a copy of the film, divided it into three sections for time purposes, then paid the licensing fee to the distributors so we could legally show it. If you are showing the film publicly, please pay the fee. It is affordable and just the right thing to do.

If you are unfamiliar with these teachings, or the film exposing them, please watch the trailer below.