davidtarkington.com
Home Archives Subscribe
The Family Equipping Model is Right. It's Biblical. It Just Doesn't Market Well for the Church Consumer.
As Southern Baptists, We Aren't Even Reaching and Keeping Our Own Kids

I recently purchased and just completed reading the new book by Pastor Dean Inserra (who, by the way, when I talk about his new book to people outside Florida or pastor's groups, am asked "Dean and Sarah who?" This is apparently common.) Dean is the founding pastor of City Church in Tallahassee, Florida. 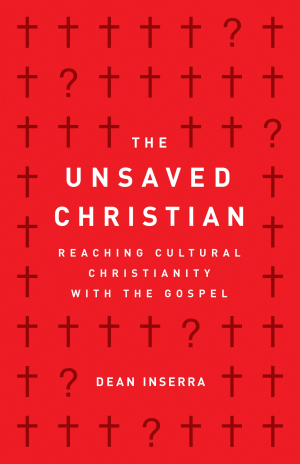 His book The Unsaved Christian: Reaching Cultural Christianity with the Gospel has proven to be very popular among evangelical pastors and church members. This is due, in my opinion, to the fact that Dean has put to paper many of the thoughts and experiences that pastors and church leaders have faced over the past few decades. In some cases, the frustrations have left church leaders wondering what to do next. Dean's book is a primer for next steps of engaging and reaching the American Christian who has unknowingly traded (or never had) the true gospel for the accepted version in our culture.

Many people think they're Christians but have no concept of the severity of sin, necessity of repentance, message of grace, or the overall message of the gospel.1

The struggle is real and for any pastor who laments the latent lostness of church members and attenders, this book provides more than just details on the current state of Christianity in America, but steps for engaging gracefully and strategically with those in need of salvation.

Over the past couple of decades, I have experienced just about every example of lost "saved" people evidenced in the book. Each evangelical pastor I know echoes this reality. It is heart-breaking, but also very difficult to address. For these reasons, I am thankful for Dean's concise explanations and descriptive steps for evangelizing those who think they're already saved.

This is a slippery slope for some, mainly due to the strategies used by some traveling evangelists over the years that sow seeds of doubt simply to gain presumed decisions at camps, crusades, and revival services. These same strategies have even been used on mission trips or Vacation Bible School to elicit "results." While the numbers of decisions may increase, the numbers of truly saved individuals does not. 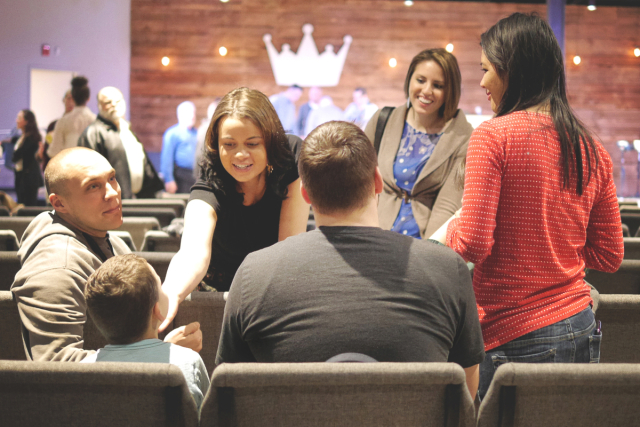 For the cultural Christian (that term refers to the one who is good by cultural worldview standards, may attend church a few times, probably a member of a church, is the neighbor you want, very nice and friendly...but not actually a Christian because he/she has never surrendered to Christ and been redeemed) lostness is not thought of much, if at all. Church is a place, not a people. Deeds are weighed highly. Political beliefs, tolerance, and good citizenship are viewed as the most desired characteristics.

Yet, for the born again follower of Jesus Christ the lostness of friends and family members remains a constant burden and focus for prayer. To claim to be a Christian and care not for the lives of others is to sinfully ignore the Great Commission and greatest commandment.

It is this burden that motivates Christians to not simply sit idly by while others falsely hold to a "faith" that requires no faith at all.

When Christians no longer grieve over the lostness of friends and family members, they no longer recognize the urgency of evangelism and of speaking truth. The teaching, falsely attributed to Augustine that states "preach the gospel at all times and if necessary use words" has become a theme for those hoping their loved ones come to Christ, but ignoring the command to make disciples. J.D. Greear states it this way...

You cannot preach the gospel without words. The gospel is and explanation about an act that occurred in history once and for all. We testify through words that Jesus did for us what we could never do for ourselves by living the life we should have lived and dying the death we should have died, in our place, so that others can believe the message and trust in it. Saying, "Preach the gospel; if necessary use words," is like me saying, "Tell me your phone number; if necessary, use digits." Apart from digits, there is no phone number. Apart from words, there is no gospel.2

May we never cease to grieve over the lostness of others. Once we stop grieving, we stop sharing.

I'm convinced that most all evangelical pastors and believers believe in the necessity of salvation through Jesus Christ. In the evangelical world of what is termed conservative Christianity, the concept is loudly affirmed. Those who hold to biblical inerrancy and seek to have a biblical worldview get this.

Yet, we know that cultural Christianity exists. We know that family members, friends, and even some (not all) church members have never truly surrendered their lives to Christ. It's evident in their words, their stated beliefs, ignoring of sin, tolerance of wrong, and their elevation of deeds over faith. It is seen in the devotion to church only when it does not interfere with other events or activities. It is not new as some active members of the church are more committed to the Rotary, the Kiwanis Club, Lions Club, or their lodge than the community of faith. It is inferred or voiced in eulogies at funerals where universal salvation, and particularly the salvation of the recently deceased, is inferred if not clearly stated as the dead person is declared to be in a "better place."

Well-intentioned Christian leaders desire to see change. They hope for transformation among their congregants. Pastors preach clarity. They refuse to apologize for calling sin what it is. In their desperation they are said to be entertaining at first, but eventually may be accused of being negative, angry, or lacking grace. Church members shift to another congregation to avoid the weekly diatribes. A seeking of positive-worded, deistic therapy is sought and many "churches" offer such.

The fear of offending often keeps Christians from sharing. The fear of losing members can keep good pastors from preaching the fullness of the Word.

Well-intentioned adults may actually live their entire lives believing they have everything in order. It may be because they repeated a prayer at one time, but never surrendered to the lordship of Christ in their lives. It may be because they vote a certain way, are faithful to their spouse, raise their children with good manners, provide financially for their family, and maybe give to charity regularly. All are good, but without Christ, they are worthless.

Sometimes the largest barrier to surrender to Christ becomes the religiosity of deeds that leaves our friends and family members doing comparative analysis with others. From any equation used, they likely are better people than others. However, compared to Christ, they fall short...just as all of us do.

They need a Savior. They need rescuing. They need redemption. That is only found in Christ. The surrender may be initiated through prayer. It likely will be, but it is more than just repeating words.

May we never let fear keep us from sharing the truth.

May we never presume that our loved one or friend is a child of God simply because they are better than the next person. To ask a believer if they are a Christian and have them tell you about their faith journey will not offend a true Christian. So...ask.

Then, be prepared to tell.

May we see a decline in the number of cultural Christians in our communities and an increase in children of God.