davidtarkington.com
Home Archives Subscribe
"What Is A Girl Worth?" by Rachael Denhollander - Book Review
The Most Shocking Thing in the Bible

Through my recent studies in the book of Ezekiel for Sunday sermon preparation and 1 John for my mid-week Bible study, I have been speaking on the tendency for us to either justify our sin or not acknowledging it for what it is. This is part of human nature (i.e. sin nature) and we all do this at some point.

In 1973 psychologist Karl Menninger shocked many with his book Whatever Became of Sin?

He writes about the seeming absence of the word sin in modern English. He stated that churches and pastors who were known to preach against sin and used the world prolifically now seemed to avoid it. He was speaking of many in the mainline Protestant denominations and even the early 1970s genesis of what became known as political correctness.

He states this regarding the word “sin”...

It is surely nothing new that men want to get away from acknowledging their sins or even thinking about them. Is this not the religious history of mankind? Perhaps we are only more glib nowadays and equipped with more euphemisms. We can speak of error and transgression and infraction and mistakes without the naïve exposure that goes with serious use of that old-fashioned pietistic word “sin.”

We love sanitized words. That way we can pretend sin isn’t real.

Sometimes we like to call our sin something other than sin. In the past, I have stated "We may call it a mistake, a challenge, or even call it mental illness or a disorder in a way to excuse sin." I now realize that by categorizing mental illness and disorder as I did, I presented these as synonymous with sin. They are not. 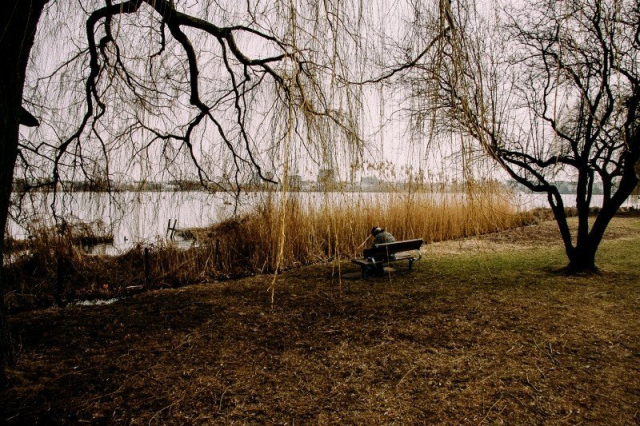 To claim that someone's illness is a sin is akin to what the disciples asked Jesus when they came upon a blind man.

As he passed by, he saw a man blind from birth. And his disciples asked him, “Rabbi, who sinned, this man or his parents, that he was born blind?” Jesus answered, “It was not that this man sinned, or his parents, but that the works of God might be displayed in him. We must work the works of him who sent me while it is day; night is coming, when no one can work. As long as I am in the world, I am the light of the world.” - John 9:1-5 (ESV)

There is much division among evangelical Christians regarding mental health. The spectrum of mental illness is wide and when spoken of among Christians, various opinions arise. For years the concept of depression or mental illness among Christians was seen as a sign of sin or wrongdoing. In some cases, the prescription was just to "be positive and pray more, go to church more, trust God more, be happy, etc." None of those recommendations are wrong. However, the Christian in your church who sincerely desires help, who reads the Bible more, prays more, and everything else that good Christians are supposed to do, often experiences an "almost there, but not quite" reality and wonders if it will ever get better.

What is mental illness?

When speaking of mental illness or depression, a clear definition is difficult to find. Biblical counselors often state that mental illness is not a disease but a construct. Psychologists Herb Kutchins and Stuart Kirk who have served on The Diagnostic and Statistical Manual of Mental Disorders (DSM) committees (the group that decides what is and is not a mental illness), state:

The category of [mental illness] itself is an invention, a creation. It may be a good and useful invention, or it may be a confusing one. DSM is a compendium of constructs. And like a large and popular mutual fund, DSM's holdings are constantly changing as the managers' estimates and beliefs about the value of those holdings change.1

That description may cause frustration for some. At first glance, it appears that they are saying mental illness is not real. That is not what they're stating. What they are emphasizing is the mystery of defining that which is seemingly understood by the masses as clearly defined, most often as biological.

Sadly, the church often becomes the place where those who suffer from mental disorders or depression feel less safe than elsewhere.

Dr. Jeremy Pierre stated this in an article about mental illness and the church, following the suicide of Saddleback Church's Pastor Rick and Kay Warren's son, Matthew...

Everyone knows the unpleasant impulse to hide something about himself that others wouldn’t approve of. For those who experience overwhelming emotions or find themselves caught in patterns of unusual behavior, this impulse is more than unpleasant—it’s terrifying. We are aware of the general standards of normalcy around us, and when we don’t measure up to those standards, we feel shame. The easiest way to stay included is to hide those things about us that don’t measure up. Lest we demonize the church, let’s admit that this is true in any sphere of relationships—the neighborhood, the workplace, the rec league.

Nevertheless, it’s right to recognize that the church should be different. And, at least in some churches, it’s not. Sometimes it’s worse because the standards of normalcy are mixed with standards of morality, and the stakes get even higher. The thought of a guy at work finding out you take meds might be unpleasant to you, but the thought of your pastor finding out might be downright distressing. In your mind, your coworker might think you’re a little screwy, but your pastor might think you’re screwy and sinning. And so you may be more tempted to hide stuff from your pastor than from your coworker.2

To equate mental illness, mental disorders, or depression as sin is inaccurate. Yet, as believers, we know that all illness (physical, emotional, behavioral, etc.) are results of the fall of man. Sin is the ultimate source. Our brokenness impacts all of creation. The sin nature within all leads to suffering and that suffering is meant to make us groan for the life to come, when all of creation will be set free from corruption (Pierre).

That's the promise in Scripture.

For I consider that the sufferings of this present time are not worth comparing with the glory that is to be revealed to us. For the creation waits with eager longing for the revealing of the sons of God. - Romans 8:18-19 (ESV)

Counselors such as Jay Adams, with his nouthetic (to confront out of concern for the change of heart) biblical counseling approach addressed from a biblical perspective the same issue that Menninger did from a secular one in his book referenced earlier. The context of sin minimization meant that the segmentation of the person was being addressed (i.e. behavioral, physical, mental, emotional, etc.) without taking a biblical perspective that we as image-bearers of God are not just one aspect of humanity. Adams noted that the the church seemingly lost its focus on sin and salvation and also the focus on sanctification. This ignoring of the daily growth in Christlikeness through the valleys and lamentable moments was ignored by many.

Ultimately, we know and affirm that Christ is the answer for all life's circumstances and for our sin. He is the redeemer. These are not questioned.

But, what about the one who is ill, the one struggling to get up in the morning, battling thoughts and feelings that seemingly paralyze them?

Rather than simply declare that the person is in sin (they may be, but address that for what it is, not just because they are battling depression or suffering from a mental disorder) we should look to Christ for guidance and follow the Holy Spirit's lead in offering help as brothers and sisters.

The mind can descend far lower than the body. For [the mind] there are bottomless pits. The flesh can bear only a certain number of wounds and no more, but the soul can bleed in ten thousand ways, and die over and over again each hour. - Charles Spurgeon

Spurgeon, the Prince of Preachers, had bouts of sadness. Perhaps even moments of severe depression. His words do not discount the Lord's helping hand, but also does not ignore his very real feelings.

For the believer who is suffering with depression or other mental disorder, here's what Lieryn Barnett states on a post featured at The Gospel Coalition (full article here.)

The thorn in the flesh is very real, and unique for different individuals. The feelings you have do not define you, though in the midst of the difficulty, they feel as if they do. God ultimately is the healer. Go to him, lean into him, trust him. Trust that he often provides others (pastors, doctors, nurses, friends) who can be very real help along the journey.

Where there is sin revealed, confess and repent.