davidtarkington.com
Home Archives Subscribe
No, You Don't Have a Right to Join the Church
"What Is A Girl Worth?" by Rachael Denhollander - Book Review

How You Teach the "David & Bathsheba Story" May Cause Harm

You know the story, I'm certain. David is the king of Israel. He's the "man after God's own heart." He has risen to the throne after years of service to King Saul, a daring escape and hiding out from the king who sought to kill him. His entire life plays like an epic film. That's why there have been many films made about him.

Bathsheba is a beautiful woman bathing on the roof of her home.

It just so happens that her roof is viewable from the king's palace and David is home. He shouldn't be home. He should be out with his army fighting battles and leading them.

In the spring of the year, the time when kings go out to battle, David sent Joab, and his servants with him, and all Israel. And they ravaged the Ammonites and besieged Rabbah. But David remained at Jerusalem. - 2 Samuel 11:1 (ESV)

"But David remained at Jerusalem." This is bad. Really bad. 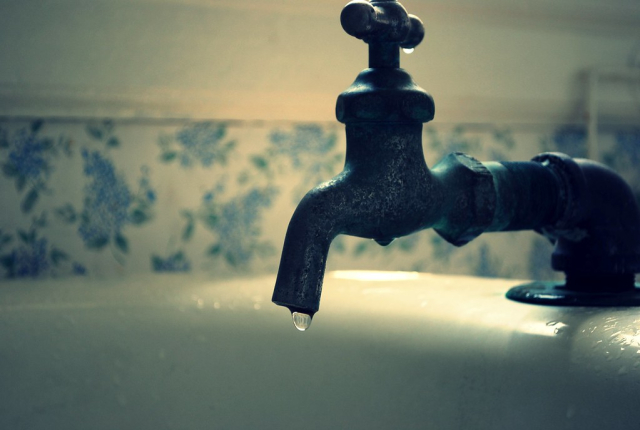 Imagine you're in Sunday School. You're a teenager and the teacher reads the rest of 2 Samuel 11 and you hear how Bathsheba, the wife of one of David's warriors, is home, bathing and is seen by the king. She's desirable and he calls for her. He has his way with her and sends her home.

The obvious answer is that David has sinned.

It's mentioned by someone in class. The pastor may be making a point about the sins of bathing on the roof. (BTW - despite how this has been taught for years, the Scripture doesn’t say that she was on the roof. She could have been inside near a window. It was David on a roof looking at her.) Regardless, there's this message given that she was complicit in the sin. She did the deed with David and it's her fault.

But, wouldn't a person in an ancient Middle Eastern kingdom be basically stating "kill me" by refusing a request from a king? That's referenced in other books, even in the story of Esther and the Persian king.

I get it. Bathsheba is not perfect. She is a sinner. There's no doubt there. Oh, not because of this story, but because of what Scripture states regarding everyone's sin. We're all sinners. So, the sin nature of humanity is not in question here.

That's how it is often presented.

Imagine you're teaching this class and unbeknownst to you there are women (it could be men) in the room who were stalked, groomed, seduced, and sexually assaulted in the past by someone in authority. Maybe it was a parent, a pastor, a teacher, a coach, a relative, or someone else. It doesn't matter who it was. What matters is that a person of authority took advantage and greatly harmed someone sexually for their own desires and personal pleasure.

That survivor in your class hears your Bible lesson and doesn't hear anything else than, "They think it was Bathsheba's fault." This leads them to think "I guess it was really my fault, too."

And that's how victims remain victimized and how, even unintentionally, our teachings of inerrant Bible stories and truth can state things the Bible does not say and things we don't intend.

David sinned greatly. He was also confronted by God's prophet Nathan. Look how Nathan refers to Bathsheba in his confrontation...

1And the Lord sent Nathan to David. He came to him and said to him, “There were two men in a certain city, the one rich and the other poor. 2 The rich man had very many flocks and herds, 3 but the poor man had nothing but one little ewe lamb, which he had bought. And he brought it up, and it grew up with him and with his children. It used to eat of his morsel and drink from his cup and lie in his arms, and it was like a daughter to him. 4 Now there came a traveler to the rich man, and he was unwilling to take one of his own flock or herd to prepare for the guest who had come to him, but he took the poor man’s lamb and prepared it for the man who had come to him.” - 2 Samuel 12:1-4 (ESV)

The "lamb" was innocent. Bathsheba is the innocent lamb in this story. She had been taken advantage of, used for the pleasure of the king, and violated. As we see her in this story, she was taken from her home and was little more than a possession the powerful king desired.

It was not her fault.

It's that simple. In this story where we are first introduced to Bathsheba, based on what God's prophet Nathan reveals and what we have in Scripture, this woman was not to blame.

I guess it's the "naked woman on the roof" (or at least visible from a roof) that just makes people want to blame her. Amazing how that becomes the focus for so many when studying this story.

And those who have been sexually victimized sit in our churches remaining silent, because they blame themselves for what someone else did to them. And, they reason that no one will believe them anyway. I mean, in Sunday School they blamed Bathsheba.

Sometimes the way we teach Scripture leaves our learners unable to hear the truth, much less receive it.

This post was prompted by a story in Rachael Denhollander's soon-to-be released book What Is a Girl Worth? Available for preorder here.