I am a sports fan. I have been since I was a child. I come by it naturally as my father has always been a big sports fan.

I remember watching games on television as a kid. I also remember when I actually became more enamored with the game than the uniforms or the team logos (though, I still love uniforms and team logos. I guess I'm one who "gets it" according to Paul Lukas and Uni-Watch. I am also thankful for the work of Chris Creamer. I love his site.)

Over the years, like other fans, I have developed a liking for certain sports, teams, leagues, and athletes. Some are based on where I lived as a child and the fan-base that surrounded me. In some cases, these were the teams that we were able to get on television in our region or were those teams and sports followed by family members. 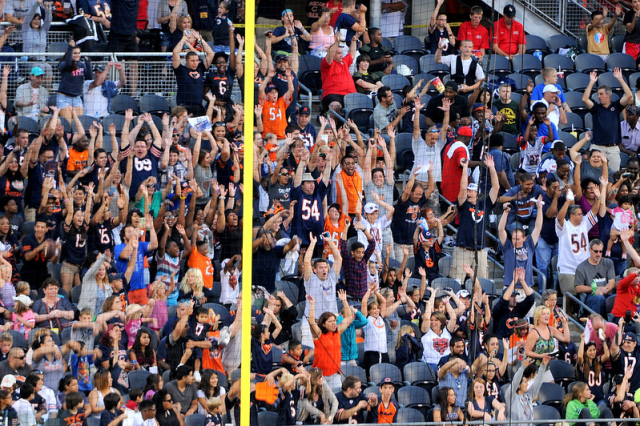 Like many American sports fans, I have favorites in the big four leagues (NFL, MLB, NBA, & NHL,) while I have begun to follow teams in some of the smaller leagues growing in popularity as well (mainly MLS.)

Not only did I grow up watching sports, I played as well. I played soccer (one season - we lost every game except the one I didn't make it to, so that ended my soccer career,) baseball, and basketball. Being one of the tallest kids in junior high and high school (topping out at 6'7") I leaned into basketball after some urging by the coach. While my skill level was a bit behind my peers for years, as the coach said "You're tall and I can't teach height. I can teach basketball, so you're on the team." I loved the sport, but mostly I loved being part of a team and representing my schools. Playing in high school was great, but the years I played in college truly helped me to grow in areas off the court. It was only two years of being on the team, so I learned the ups and downs of making a team, being let go, and working through adversity.

At some point, every kid playing basketball in the driveway or throwing a football in the front yard dreams of playing on the biggest stage in the world, for that team he cheered for growing up. Some do make it to the big leagues, but the vast majority do not. For these (of whom I am one) we go to games and buy tickets or watch our favorite teams or athletes on television and land into the category of fan.

Here in the South, sports has been called religion. It's often said "tongue-in-cheek" but we know there is truth to that, especially on Saturdays during college football season.

Can sports become an idol? Sure it can. Anything can. Barnabas Piper was featured on the Sports Spectrum podcast this week and was asked that question. He stated...

It can very easily be idolatry in that way where it is the thing people depend on to fill in the gaps in other areas of their lives. They fight with their spouse and turn to watching football. They had a miserable week at work and turn to, you know, playing softball. They...do whatever...and it becomes a crutch or an idol often. You see it in them.

I think that's where vitriol comes from.

When we put too much dependence on that, we're just setting ourselves up for misery, for disappointment, and so...then, all that hope we put on it just gets crushed. It seems to be a pattern across sports. It doesn't matter what the sport is, what the level is. When you see the Little League dads throwing haymakers at their kid's game because a fourteen-year-old made a bad strike call...there's just a level of insanity.

I believe Piper is spot on. Most every sane, adult sports fan would agree. But, we often slide into this idolatrous mode where our fandom becomes more important than it ever should be.

I asked a friend who serves as a chaplain and mentor to many athletes about some of the dynamics these athletes face. I began to see things that should be obvious to all of us as fans, but often get ignored. These are things as Christians we may even miss as we watch our favorite uniforms compete during weekend games.

These are not points shared by the chaplain, but things that have come to mind that I believe should be remembered as we cheer on our teams and favorite athletes, in no particular order:

The sports-saturated culture we live in creates sports "heroes." I use the quotes because I struggle with using that term to describe athletes, but it is used so often, it seems to resonate with most. Therefore, when our sports "heroes" are doing well, standing high upon the pedestal we create for them, we are at peace.

Until the next week, when the "hero" has a bad game. Worse yet, what if the "hero" is injured? What if he/she cannot ever play at the high level again?

I'm guilty of just moving on and cheering for the next in line. Why? Because I've been a fan of certain teams for years and the players and personnel always change. I will likely always be that fan. In fact, that's pretty normal.

However, I am convicted that the players who entertained me for years while wearing the uniform I cheer for, are not two-dimensional men and women, but people just like me (well, okay not just like me. They're actual athletes. I'm a former athlete who never made it to their level, with a strong emphasis on "former.") They are like me in that they are image-bearers of God. They have things in life that bring them joy. They have fears, too. They wonder who they truly are and many have been seeking that for years. Some had a higher level of confidence in their identity as long as they wore the uniform, but now? Now, they wonder.

That's why it is so vital that these men and women hear the truth of the gospel. It's needed for all, not just them, so don't misread what I'm writing. Yet, in this case in a culture that creates these sports idols, the church needs to be proactive in seeking to help those who help them during the most difficult times of life. Maybe it's a chaplain? Maybe it's a coach?

What If Christian Fans...

Maybe it begins with prayer?

While some may not see the value, can you imagine what it would be like for a professional or collegiate athlete who was celebrated for years in his town, but due to recent reports or maybe some poorly advised choices, is now being raked over the coals daily in the blogs, articles, radio programs, and television media? What if they received a card or message from a fan who "gets it" saying something like "I don't know exactly what the pressure you feel is like, but I want you to know that God does. It must be hard to be in your situation right now. Please know that while I am a fan of the team, I have beliefs and a faith that is much bigger and more important than wins and losses. Therefore, know that I am praying for you and your family."  What if that fan actually did pray? More than once?

This would not be some sappy self-focused message intent on receiving an autograph or free tickets to the game, but a true prayer for these young men and women who play games for our entertainment. Prayer that they would know the God who bestows identity, not based on sports performance, but on submission to Him, repentance of sin, and surrender to Jesus Christ as Lord.

Maybe, just maybe, those we celebrate would begin to understand a game plan for life that goes beyond the playing field. And, we as fans, could be a catalyst for a God-sized story to occur.

BTW - I still like when my teams win. I still get upset when they do not. I'm still a fan of sports. However, I'm a follower and child of God. That changes everything.

The Most Shocking Thing in the Bible

The Bible is an amazing book, and much more than just a book. Within the sixty-six books of the Bible there are stories of adventure, romance, battle, rescue, and numerous other things that are commonly spoken of as elements of an epic. There are also stories and passages that cause you to pause as a reader and say "What did I just read? That's in the Bible?" These verses have been called obscure by some. I do not like categorizing any of God's inerrant Word as obscure, but I understand the reasoning. These are shocking passages. These may be stories that didn't get the Veggie Tales treatment or were not illustrated in your Children's Bible. Some are strange. Others are ... well, not rated PG.

Yet, the truth remains...

All Scripture is breathed out by God and profitable for teaching, for reproof, for correction, and for training in righteousness, that the man of God may be complete, equipped for every good work. - 2 Timothy 3:16-17 (ESV)

There are no passages or stories that should relegated as obscure or unimportant. However, they still may be shocking. 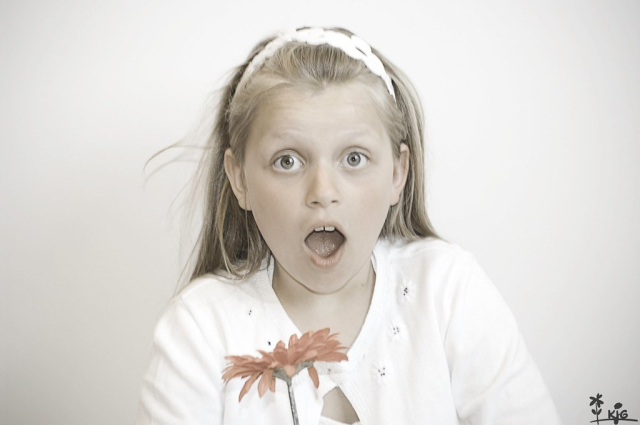 In most cases the surprising verses have to do with things that are not fully explained to the reader. For example, the story of circumcision of Moses's son by Zipporah which led to Moses not being killed by God (Exodus 4:24-26) is one such account. It is in the Bible. I have read it, but I don't understand fully what is happening here. Oh, I get the specifics, but there are more unanswered questions than answered ones. Apparently, I am in good company because commentators also struggle with explaining this passage well, or at least consistently.

Other stories are ones that reveal elements of God's nature that most would rather just not know. For instance, there are numerous accounts of God's wrath being poured out upon people in the Bible. The stories of Noah, the exodus, Sodom and Gomorrah, and others come to mind.

The wrath of God is often sanitized, if not ignored, by many who claim to be Christian. In many cases, cultural Christians want God, but not the one of the Bible. They desire the god who is made in their own image. This God is a god of love and friendship and acceptance. He is the "god who behaves" according to one's desires. Sadly, that version of God is not God at all.

A god who is all love, all grace, all mercy, no sovereignty, no justice, no holiness, and no wrath is an idol. – R.C. Sproul

As Christians we say "we were saved" and that is true. It seems that most believe that we have been simply saved from hell. According to Scripture, when we surrender to Christ, repent of our sins, receive his payment on the cross as justification for our sins, we are saved. We are saved...FROM THE WRATH OF GOD.

Since, therefore, we have now been justified by his blood, much more shall we be saved by him from the wrath of God. Romans 5:9 (ESV)

God is love. He is merciful. He is gracious. So much so that he has saved me, a wretched sinner who does not deserve a chance at life. He saved me not because I deserved it, but because he desired it. He provided a way. That way is truth. That way is life. That way is Jesus Christ.

That is truly shocking.

And I am so glad it's true.