Confessions (and Repentance) of An Unintentional Plagiarist

A number of years ago I began writing this blog. I wasn’t sure what blogging was and while blogging likely peaked in popularity on personal sites like mine a few years ago, I continue to post thoughts and insights, and sometimes frustrations, in forms of short articles here.

I continue to read quite a few from pastors and Christian leaders every week (even more during a pandemic, it seems.) While I seek not to live in an echo chamber, I do read from quite a few pastors and ministry leaders who have similar views as me on the state of the western church. I often have a notepad handy and as I read, I jot down points and thoughts that if I had heard shared in person would elicit an “Amen” from me or at least an “Uh-huh!”

I have often then written my own posts with similar themes and my take on the same issues. I tend to have a much smaller readership, so in many ways my posts are for my own sorting out of thoughts and ultimately become the weekly e-mailed newsletter articles we send to our church membership.

Last Monday I shared a post on how the pandemic reveals much of what we think about church in America and west today. I used illustrations of church growth and expansion we have seen in our culture and my community over the past few decades under the banner of “church growth.” I had written about this prior as have many. I even wrote of the danger of becoming a “Lone Ranger” Christian as many of us have preached against. I felt the need to explain who the Lone Ranger was since the only recent depiction was poorly done in a movie starring Johnny Depp and Armie Hammer. Nevertheless, the isolationism of Christianity and elevation of consumerism were the foci. 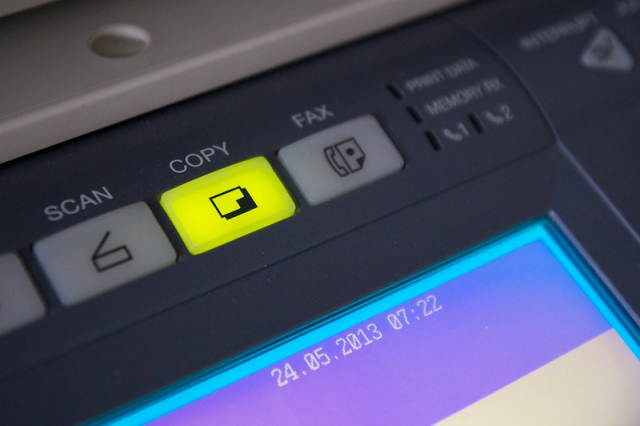 Seeing many online postings about the growing boredom during the pandemic concerns me, so I also wrote about the “Bored Believers” whom we are seeking to lead as pastors.

The problem wasn’t the focus of the article.

The problem was that minutes after posting, I received a message from a Christian leader whom I respect and whose articles and books I read asking why I had basically copied his most recent article posted it as my own. I was shocked. First, that someone actually read my blog. Second, that this brother read my blog. (The original article is by Jared C. Wilson and is posted here.)

I was shocked. Then, shook.

My first reaction was “No way. I didn’t copy his article.”

I immediately clicked onto his article he had linked in the message.

I began reading his article and about halfway through, I began to feel a knot in my stomach as I realized that while I did not intentionally copy his article, it was so very similar (similar titles, three subheadings the same, similar concepts other than personal illustrations and an additional subheading with content) that if it had been submitted to a university or seminary it would not have passed the plagiarism smell test.

This brother’s article was one of many I had read over the weekend and while I thought initially, I was just sharing some challenging thoughts to my church and readership, I saw immediately that three of my four points were not my thoughts. They could not be. My title was basically the same relating to the concept of church and the pandemic.

(I have reread the previous paragraph and my response is “How can one accidentally copy someone else?” And…other than lazy note-taking and irresponsibility related to not linking original articles, which I often do when I share thoughts on my blog from others, there’s no good answer. No excuse.)

I contacted the brother through direct message and apologized. I am doing so again here publicly. I am thankful for the grace he has shown. I confess I tend to apologize over and over after being forgiven. I’m sorry for that, too.

Unintentional or Intentional, Sin Is Sin

Over the past few days since this exchange, I have been wrestling over even writing this. This article today may end up under the category “Too many apologies” and be viewed as weak by many. Yet, here it is. So, these are my thoughts.

Whether I intended to copy another’s intellectual property or not is not the issue. Whether a person intends to sin or not is not the issue. The point is that once a wrongdoing is exposed and revealed, we (well, in this case I) have a responsibility to respond. The response can be deflection, justification of acts, ignoring the hurt, pretending it’s no big deal, initiating some form of weak damage control, or by admitting wrongdoing and repenting.

Once I looked back at the original article and realized that I had read it earlier over the weekend, and compared it to the text of my article, I immediate deleted mine. It’s gone now. Two clicks on the mouse and there isn’t even a copy left in draft mode anywhere. I then shared the original article online.

Did My Actions and Words Fix Things?

Well, not for me. Not completely. Why? Well, because what's done was done. Ultimately because the issue of stealing intellectual property IS a big deal today. It bothers me when ideas are “borrowed” without credit. It is sinful to make money (or gain clicks online) from something that is claimed as original when it is clearly culmination of other’s thoughts. It bothers me because it is stealing. It is sin.

We all know the preacher joke that has been told for years:

It’s funny (I guess,) but it reveals that sometimes, even in preaching the gospel, in sharing good news, we can be guilty of intentionally or unintentionally gleaning (or just call it what it is – stealing) thoughts and illustrations from others. Now, most would say “That’s no big deal because the end result is what matters.” That is little more than the “end justifies the means” and that argument falls apart in an ethics analysis quickly.

As many of my brothers will be now be preaching online this weekend and the weekends to come, I would say to go ahead and use illustrations others have used, quote commentaries you have studied, reference sermons from others that you have found helpful, but don’t claim originality. There really is nothing new under the sun, but we must be careful not to claim stories and examples that are not ours. Once integrity is lost, the potentially listening lost will walk away, wondering if the truth you share about Christ is true, or just another borrowed story.

Oh, and be careful if you are broadcasting your services online. Be sure you have the right, legal CCLI permissions to do so. It’s the right thing to do.

Credit Where Credit Is Due

I would say I have learned something this week, but I did not learn something new. I was simply and strongly reminded of something I have already learned. Something I learned in high school, in college, in seminary, and most recently in writing my doctoral project. Something that is inexcusable to not do.

Give credit where credit is due. There's a reason Kate Turabian is still a popular writer and continuing to update her book, even thirty plus years after her death. Credit matters, and while you may not be graded on the accuracy of the format of your footnotes in your own personal blog or articles, at least share where the original content was found, even if it isn't word-for-word. Unintentional plagiarism is still plagiarism.

Giving proper credit is the only right thing to do and will allow you to continue sharing honestly as a man or woman of integrity that which is most important.

Posted by David Tarkington on March 21, 2020 at 09:15 AM in Current Affairs, Hot Topics for Churches, Leadership | Permalink | 0 comments