davidtarkington.com
Home Archives Subscribe
A Call To Prayer for Our SBC Seminaries
"The Gospel According to Satan" by Jared C. Wilson - Book Review

A Young Black Man Is Killed in Brunswick and I Am Angry, Grieved, a Bit Ashamed, and Convicted

I saw it on my Twitter feed, not knowing the story.

And, then I sat in silence.

"What did I just watch?"

Yes. It did. It happened to a young man named Ahmaud Arbery. 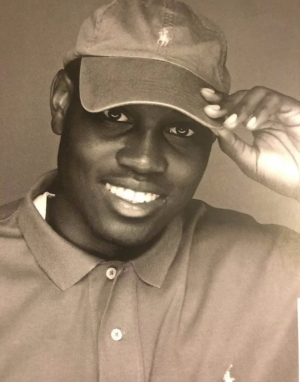 Just a short drive north of where I live in Jacksonville?

I then watched another update online. I saw the 9-1-1 transcripts of the calls made by the shooters and then realized this video was not made two days ago. It was filmed in February! Two months ago.

And then...well... I became angry, grieved, a bit ashamed, and convicted.

I am angry that in 2020, in the midst of a global pandemic that has changed so much in regards to social interaction, where the normal banter and noise we hear has paused just a bit while we are being told by a bevy of politicians, leaders, and celebrities that "We're all in this together," that the murder of a young man in a south Georgia community could happen as it did. I am angry that this happened, much less in broad daylight, on a neighborhood street, by those seemingly desiring to take justice into their own hands.

I fully concede that I do not know the full details of the story. I don't believe many do.

What I do know is what has been reported through numerous media outlets (from various perspectives.) The end result is a young black man was gunned down while jogging through a neighborhood. The reasoning given was that he was believed by those with the guns to have been one who had burgled some homes in the community. Regardless, even if he did (and I am absolutely NOT saying that he did) this apparent vigilantism is criminal.

Now a young man is dead.

And "We're all in this together" fades to the back as the Enemy pulls out a card he has played since sin he entered the human story. A card that caused hurt, pain, division, and death in our nation for decades. A card that reminds us of the most heinous self-inflicted wound of our national identity. A card that categorized some people as fully human while others were considered only three-fifths human. A card that tells us all that the game may not have changed as much as we thought or hoped.

Some call it the "race card."

It's a tool of the Enemy and if it were truly a playing card, the number on it would be 666.

I am angry. I pray it is a righteous anger.

I am angry that two months have gone by with what appears to be very little done regarding justice and due process of the law. While I understand the wheels of justice move slowly and precariously (especially during a pandemic,) two months in this situation seems too long.

I grieve because an image-bearer of God is dead.

I grieve because we live in a culture where a report of a young black man being killed can be shared on the news and many immediately think "Well, it was probably gang related," or "He was where he shouldn't have been," or "I bet he had a terrible family life," or some other stereotypical excuse as we scroll to the next story without ever contemplating the reality that these responses are sinful.

Certainly, there are young black men killed in situations where these descriptors are true (as well as young hispanic, latino, asian, and white men) but we (meaning me) all too often find ourselves going to these explanations for the untimely deaths of the often unnamed young men. This reveals that as a nation, as Americans, as individuals we have not grown as much as we had hoped, or perhaps as has been declared by some.

I have African-American friends who are having conversations with their children that I never felt the need to have with mine. Young black men on our local high school basketball teams that I know come to mind today. I know these young men personally. I know their families. They young men have so much potential for their lives, as do their teammates with varying degrees of melanin in their skin and differing cultural heritages. Yet, I wonder if these black young men, or their parents, are more concerned today about them running through their neighborhoods to stay in shape during this off-season than they were three days ago? Are they more concerned than the parents of white young men? I am certain they are.

Why would I be ashamed?

What do I have to do with this story in Brunswick, Georgia?

I am ashamed because when I first heard of the killing of Ahmaud Arbery on the news back in February, I did not pay much attention to the story. The local news ran the story here because of our closeness to the city, but I don't live in Brunswick. I drive through Brunswick when traveling north on I-95. That's about it. I did not know Ahmaud Arbery or his family.

I did not have the stereotypical thoughts about Arbery's killing when first hearing the story. Sadly, I just did not think much about the story at all.

Perhaps I am guilty of being desensitized to stories of violence in our world. I pray this is not true, but the evidence reveals it may be.

I am a bit ashamed because I did not pray for this family at the time I first heard the story.

Then, when I saw the video yesterday, I was ashamed that this happens in our nation (and just a short drive up the interstate) and it takes a video like this one to awaken many to the realities of such race-centered violence.

"Oh you're playing the race card, huh?" Nope. It's already been played and I addressed that earlier.

Yet, I am convicted as a Christian, a pastor, husband, father, and grandfather...that to do or say nothing is not an option.

This is not the time to debate theory.

It is not appropriate that only black pastors and leaders speak out.

In case you did not know, I do have mirrors in my home. Every time I pass by one I see my reflection. That means I know very well, as one of my good friends and church staff members, who also happens to be African-American jokingly told me once "You are very white." (It is a joke...and I am very white, so that's why we can laugh about it.) One of the challenges of being very white is not being able to fully understand what my brothers and sisters of color experience.

I know that nothing will bring Ahmaud back.

But, to ignore this story (sadly, one that gets categorized as the latest in a long line of such) is not an answer either.

I encourage my Christian brothers and sisters to pray for each other, pray for the city of Brunswick, pray for the law enforcement officers, for the grand jury to be convened, for the ones who are shown on video to have killed the young man, for their families, and for the clear racial divide the remains in our nation to be eradicated by the grace and power of God.

This is bigger than the coronavirus pandemic, for this pandemic has been spreading for centuries. The only vaccine for this hateful, self-centered, race-dividing evil is God – not the white man's God, not the black man's God, not the brown man's God, not the Americanized God, not the politicized God...all these are man-made idols and truly should have a lower-case "g" in the name. The only cure for the darkest of sins is the redeemer and rescuer, Jesus Christ. May we declare him clearly, live for him wholly, and show our love for him as we love our brothers and sisters well.

One of my African-American pastor friends reminded me of a quote by Dr. Martin Luther King, Jr. These words should resonate at this time for all.

In the end, we will remember not the words of our enemies, but the silence of our friends. - Dr. Martin Luther King, Jr.

Church, we cannot be silent as the enemy continue to roar as a devouring lion in our midst.

Sinners act like sinners, but the children of God must stand together in these dark days.