davidtarkington.com
Home Archives Subscribe
White Church/Black Church – Rich Church/Poor Church – Suburban Church/Urban Church – Our Church/Their Church..."Lord, Where Is YOUR Church?"
Yes, We're Requiring Face Masks for In-Person Services ... And We Know Not Everyone Will Be Happy

Persons of Color Do Not Need a "Seat at the Table." Rather, We All Need a New Table.

The term "seat at the table" is often used in corporate America as well as in non-profits, denominational entities, and churches. The "table" is often seen as the place where those who have influence and power make decisions that impact the organization. The table has become a symbol of power, creditability, and insight. In other words, when one is offered a seat, it is seen as an invitation to be heard and make a difference. That's not bad, actually.

I know we now live in the "cancel culture" where many things are now being challenged, deleted, and removed that for many people have not been viewed as historically offensive or wrong. Yet, just because a majority does not view something as hurtful or offensive does not mean it is not. Regarding the proverbial "table" I do not view this necessarily as an item to be cancelled, but I do believe our focus on words matter and for true gospel reconciliation to occur between people of different backgrounds, cultures, and skin tones, things that may seem as minor by many must change.

The Invitation to the "Table"

For the most part, my denomination remains very white (Southern Baptist Convention,) but I do believe we are making strides to be not just inclusive, but to see reconciliation and biblical healing occur as we strategically seek to eliminate the reality that "11am Sunday worship hour is the most segregated hour in America."1

I know we have very far to go to see this happen, but many in the local churches are taking the needful, gospel-centric, biblical steps. 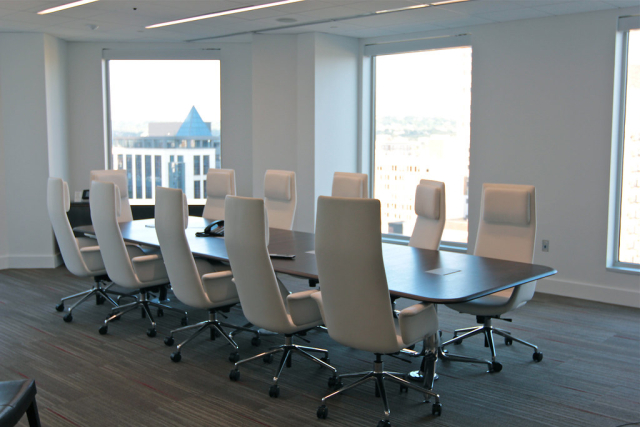 I have been in religious and denominational meetings involving many fellow pastors and ministry leaders in our city and state over the years. In a number of these gatherings, the discussion has arisen from well-intentioned brothers, regarding the inclusion of non-white pastors and predominantly non-white churches in our city and network. The statement "We need them to know they have a place at the table" or one like it has been stated by many.

Again...well intentioned, but even years ago when I first heard this, I cringed. I wasn't sure exactly why I did not like the phrase, but it just did not set well.

It hit me as I was reminiscing with family about our Christmas gatherings years ago. My parents, brother, and I would travel back to western Tennessee to spend the holiday with my grandparents. One side of the family would gather on Christmas Eve for a great, country dinner followed by the opening of gifts. On Christmas Day, we would travel over to my other grandparents' home for lunch with family, followed by more gifts.

The gatherings were fun, but as a child, it always seemed that the adults took way too long to eat. Then...they had to wash all the dishes (and there was no dishwasher other than grandma and those she allowed to help.) Not unlike many families who have had such gatherings, the adults would gather in the dining room around the table for dinner or lunch while the children would be in the kitchen at the smaller table. This was the kids' table. The food was the same (but the plates were not the "good ones.") The discussions around the kids' table were much different than around the adult table. I longed to get to the age when I could finally sit at the adult table. Looking back, in order for that to happen, someone either had to die, not attend, or give up their seat for me. I never thought of that at the time, but the house wasn't big, there were no more extensions to be put in the table, and there were no extra seats available.

I eventually made it to the adult table (there were some deaths and others who could not attend.) The anticipation was high but the actual result was...meh! I was a teenager and I soon discovered that the conversations among the adults were not as interesting (or understandable) as I had thought. But...I had arrived. I WAS AT THE ADULT TABLE!

I was only allowed to sit at the adult table once the invitation was given and even though I had a seat, was loved by all who sat at the table with me (as well as those still at the smaller table,) it was never my table. In fact, I was still young, more of a smart aleck than smart, and not really able to engage in discussions of politics, local events, global events, etc. I was able to talk some about college basketball, but even that was limited.

There is nothing wrong at all with the "adult table" and the "kids' table" at family gatherings like this. Yet, when we (the collective "we" meaning those who are the majority, have been given a voice in an organization, have a bit of influence, and may be serving in leadership positions) state that persons of color (or any identified minority population) is invited and can have a "seat at the table" it just sounds a bit ... well ... insulting.

It could just be me.

The intentional and needed avoidance of "tokenism" keeps me from using the phrase today. I would not want to feel that I have a "seat at the table" as simply some form of diversity maneuver designed to allow an organization to either consciously or subconsciously say "See, we're diverse. We have a black/brown/Asian/Hispanic/etc. person at the table."

Now, I will propose something that I have absolutely no idea how to accomplish. Whether it is in a local church, on a denominational board or committee, or in a non-profit or even corporate/for-profit organization, it seems that just inviting persons of color to the table is not enough. It seems what we need is a new table.

We know that the table we speak of is not a literal one. Nevertheless, the structure within an organization always has teams and individuals who are visionaries, leaders, organizers, planners, implementers, and influencers. It is in these positions we (again, the collective we) must seek and be intentional to place, invite, and be willing to share space with others who can move the organization forward. In the church it is to lead the church to be and remain gospel-centered, missional, and focused on showing Christ well to the community while simultaneously living life together as His church.

Again, I'm not sure how this happens, but I know just inviting my brothers who have an increased amount of melanin in their skin to come sit at my table is not enough. Maybe that is the problem - even in that sentence I defined it as my table.

I believe that together, we must create "new tables."

Again, I do not know how to do this, but acknowledging the need is the first step.

Now, I need to go spend some time in prayer and journaling and then have some conversations with others to hopefully discover what the next steps may be.

1 This statement has most often been attributed to Dr. Martin Luther King, Jr. He definitely said this and added the word "still" between the words "is" and "the." According to news archives, Dr. Billy Graham said this very statement as well. In fact, in 1953, Dr. Kenneth Miller, Executive Secretary of the New York Mission Society at a conference. It seems that all these men made this declaration, but they were not the first. Sadly, the reality has been such for years and now, even in 2020, it appears to remain in many regions. (Quote verified here.)