davidtarkington.com
Home Archives Subscribe
What If the Face Mask Helped You Reach Your Community for Christ?
Conspiracy Theories, Fake News, and the Absence of Discernment Among Some Christians

A Shocking Statement About Christian Republicans and Christian Democrats...That Should Not Be

It's a statement that seems so obvious, but comes across as shocking to some.

I have heard other pastors state it. I read it on a tweet by Derwin Gray a few weeks back. Then, for some reason, as I was completing yesterday's sermon at First Baptist Church of Orange Park at our 10:45am service, I said it. I said this...

I have had a number of friends ask what the response was from my sermon. They weren't asking how many worshiped or came to Christ, but were wondering if I hit a nerve and received a slew of angry emails or texts.

There is much to discuss among believers who hold differing political views, especially when it comes to issues that seem clearly biblical. Yet, the point is that brothers and sisters in Christ who vote differently, have more in common with each other than with those who happen to vote the "correct" way (i.e. "the way I vote") yet are unbelievers. 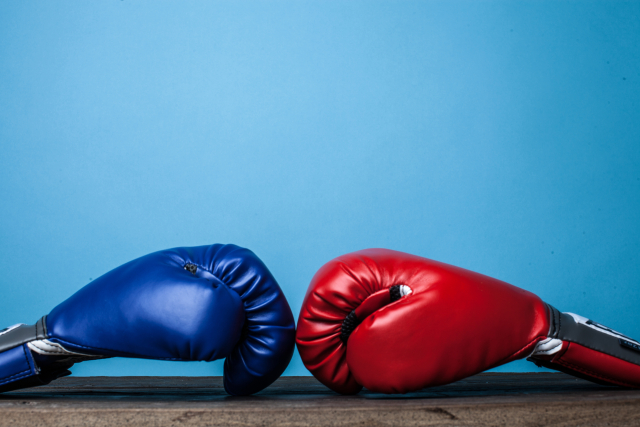 Of course, the issues that divide political parties are not unimportant. There are valuable debates to be had and votes to be made. Nevertheless, sometimes, we see little more than party affiliation and miss the value of the image-bearer.

This is a solid reminder in an election year where polarization reigns supreme.

To be clear, this is not a call to abandon biblical convictions or to ignore civic responsibility. I am not calling for the minimization of important issues and values. I just believe we should remember that the image-bearers of God who know God as Father and have surrendered to Jesus as Savior, have a new name...and it's not Republican or Democrat (or Libertarian, Green Party, etc.)

We serve a risen Savior. Jesus Christ is his name. We, as Christians, are first and foremost citizens of this greater Kingdom of God.

Oh, and so far I have received no angry emails or messages. They may have been intercepted and deleted. Maybe...hopefully...we see this as the truth and are seeking to love God fully, love our neighbors (even our Christian neighbors who just don't seem to vote the way we like) as ourselves, and live fully as Kingdom citizens.