davidtarkington.com
Home Archives Subscribe
What the Church Must Do If Biden Wins the Presidency
The Pastor's Kid Responds to "The Pastor's Kid" and Other Stuff (Guest Post by Ashley O'Brien)

What the Church Must Do If Trump Wins the Presidency

It’s a presidential election year. The two major US political parties have just completed their respective conventions. However, the conventions this year were much different than those in the past. Thanks to COVID-19, the typical scenes of convention centers filled with hundreds wearing red, white, and blue ribbons, buttons, and the ever-popular, Styrofoam barber shop quartet hats (why are these still a thing?) cheering on their respective candidates was replaced with socially-distanced (for the most part,) online speeches, cheers (or boos) on social media, and more sound bites than in recent history.

Some have stated that now, more than ever, our nation is polarized. Perhaps, but as I have said before, we as Americans have faced polarization before. In fact, other than just a few times since 1776, we have experienced division more often than unity. Whether you hold to the narrative that the United States was created as a Christian nation, or simply a nation launched with a foundation of historic Judeo-Christian principles, God’s church and his children have played significant roles in the history and makeup of our nation.

This must continue to be the case.

November Is Coming, Regardless If We Are Ready

By November 4, 2020, the world will know (well, unless there is a recount or some other strange occurrence – it is 2020, so who knows?) whether Donald Trump or Joseph Biden will stand in front of the US Capitol Building, hand on Bible, taking the oath as the President of the United States. When this election is over, only those with a Pollyanna view of the world believe that everyone will accept the results maturely, peacefully, and with a bright outlook toward the future. Regardless who wins, it is likely that protests and demonstrations will occur, accusations of fraud will be leveled, and at least half the nation will lament with sackcloth and ashes while the other half celebrates. 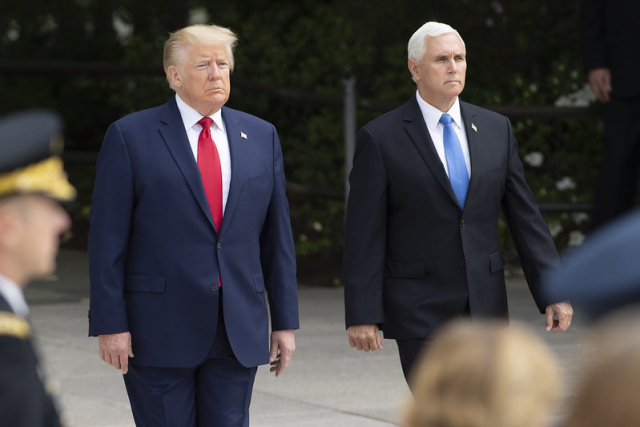 Many Christians cannot fathom that other Christians (I use the term “Christian” not as a political designation or social designation, but as an authentic title for those who have surrendered their lives to Jesus Christ as Lord, have been redeemed by Christ’s blood, will be in heaven when they die, and are faithful to live biblically as covenant members of a local church) will have actually voted for their opposition candidate, a third-party candidate, or have left that block blank on the ballot. Yet, it will happen. It always does. Christians who voted one way will declare that those who voted differently to be heretics, unbelievers, and a variety of other things other than true Christians.

Issues matter. They matter immensely. Seeing the world from a biblical worldview is challenging, even for the long-time mature Christian. It is a continual challenge and each Christian must weigh issues, actions, news reports, speeches, political promises, and more from a biblical perspective. I’ll be honest, this is more difficult at times than putting together a 1,000 piece jigsaw puzzle with all the pieces upside down and no box lid to use as a guide.

Each election cycle, there are Christians who grieve the state of our nation when their desired candidate did not win the presidency. The feelings are not limited to national elections and opinions may even be stronger in the local contests.

Other than the one US President who won the election unanimously, our nation has always experienced post-election blues for a significant number or people.

What Must the Church Do If Trump Is Elected?

We must pray. We must pray for the President, his family, his Cabinet, and all who serve alongside him. Pray for God’s will to be done. Pray for the person to come to a personal saving knowledge of Christ. Pray.

I remember one local National Day of Prayer focus many years ago when a man I know was organizing which leader would pray for each designated person or group (President, Congress, Supreme Court, state leaders, etc.) He said to me, “I cannot pray for the President.” I was shocked. I asked why and he responded that he did not like the man and could not pray for him. At that moment, I realized this National Day of Prayer event was a waste. Why? Because the prayers were only for the liked, and not for the ones God had placed, by his divine plan, in the positions of authority.

I remember one person I met who came to church wearing black after the election that did not go as she desired. She stated she would wear black as a sign of mourning until we had a new President. I think the public mourning lasted about a week, or until all the black clothes were in the laundry.

Praying for someone is not an affirmation of everything that person says or does. Praying for our leaders, as Christians, is not something the church should vote upon. In fact, it should be our natural response as Christ-followers, regardless who is in leadership.

First of all, then, I urge that supplications, prayers, intercessions, and thanksgivings be made for all people, for kings and all who are in high positions, that we may lead a peaceful and quiet life, godly and dignified in every way. – 1 Timothy 2:1-2 (ESV)

We also must pray for our nation, for whomever sits in the seat of executive power wields great influence and has much power, even in our system of checks and balances. The President influences by executive order, through the appointments of judicial officers, and by the signing of bills provided by the Congress. These are decisions and actions that will not only affect each citizen currently alive, but those yet to be born for years to come.

Prayer is not passive. It is an active response and in truth, a preemptive strike on evil and sin.

So pray for the President...even if you didn't vote for him and do not personally like him or his policies.

We must proclaim truth. Within our great experimental republic, we have not only the right, but the expectation to be Christ’s church in the public square. Whether it is speaking out against issues or laws that denigrate or eliminate life when deemed inconvenient, or items that perpetuate systemic practices that keep one people group at bay while another experiences more freedoms, Christians must be united biblically for the sake of the gospel and for the glory of God.

Speaking against atrocities must be preceded by speaking truth. The gospel is not meant to be kept secret and though the world may ignore, get angry, accuse, and push Christians aside, we must realize that our calling requires us, in love, to not remain silent.

Speaking truth means having the courage to speak when pressure is great, potential fallout is real, and when it pushes against the political narrative of the party in power (even if it is your declared party.) Remember, our allegiance is first to the Lord.

We must participate. What if Christians were united with each other as brothers and sisters in Christ rather than simply upon a designated political issue? What if participation as Christ’s church meant that believers actually sought unity that is provided in Christ? Unity in Christ will not occur naturally. We will not drift toward this. We must be active participants, as individuals and as local churches, for God’s sake, regardless who is in the White House.

Some say that there is too much water under the bridge, too many historic errors done in the name of the church, that we are too far gone. Yet, I go to Christ’s prayer in the Gospel of John and recognize that since then, he has been interceding on behalf of you and me.

Apparently, Christ believes that we truly can be one in him.

So, after this election (and I would say, let’s not wait) the calling for Christ’s church is to remember that we are placed here as light in the darkness, to point others toward the One who is the Way, Truth, and Life. If we’re not careful, we may forget in the midst of political machinations, coronavirus updates, and daily reminders of protests, demonstrations, lawlessness, and death, that Christ is our King. He reigns supremely.

The winner in November will not change that.

So, pray, proclaim, and participate in unity for the sake of the gospel.

Our faith must solely be in the King of kings, Lord of lords. Christ alone. Living as citizens of His kingdom first must guide how we live here, and how we respond when everything does not go the way we desire.

By the way – I have posted this article twice, once with Trump in the title. Once with Biden. The articles are identical other than that. Why? Because I know some may read it based on who is listed in the title, but I believe the church’s response remains consistent regardless who wins.