davidtarkington.com
Home Archives Subscribe
The Results Have Been Tallied. We Have Our Answer!
What the Pastor Is Expected and Obligated To Do

Christians, the Presidential Election, and Political Idolatry (Or...What Now That This Election Is Over?)

There are phrases that we say because we know we are supposed to say them.

These words give an appearance of understanding, right thinking, and maturity.

For instance, in an election year such as we have experience, phrases from Christians such as “God is in control” and “God is sovereign” have been stated, tweeted, shared, and expressed loudly. Additionally, there has been much said regarding the need for unity among Christians (especially Christians who actually attend the same church or are part of the same denomination.) While I hold that words matter, sometimes, they are sadly, apparently, just…words. Empty words.

This is proving to be true now in that many of the very same evangelicals who declared for weeks with confidence that God is King of kings, Lord of lords, remains on his throne, is never taken by surprise, and is in total control of this universe he created has somehow been defrauded, sidetracked, left behind, or mistaken.

In other words, “God is sovereign, except in this area of politics…apparently.”

Or maybe, “God is in control…except when things don’t happen the way I want.”

Last week was Tuesday. I mean it seems that the entire week was Tuesday. Election Day in the United States was supposed to be, as has been the case for years, the first Tuesday of November. Yet, and we all knew this would happen, the votes did not come in for all in a timely manner. There were varied allowances in certain states regarding mail-in ballots that has created a predicted conundrum (and for some a “conspiracy” comparable to what some consider LBJ’s 1948 fraudulent Senate run and the Chicago 1960 voting debacle.) Yet, on Saturday the Associated Press (as they have done since the 1840s) called the race for president for Joe Biden. As President-Elect, Biden has held speeches, press conferences, and put out statements regarding an agenda his administration will do. 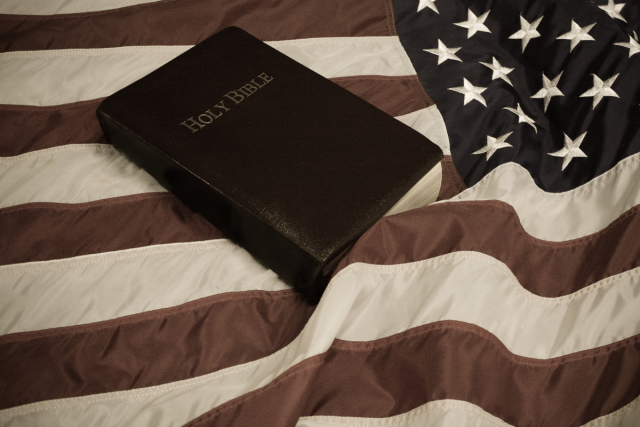 All the while President Trump and his spokespersons are refusing to concede, awaiting for answers regarding some filed lawsuits and questions hovering over vote counts and electoral college numbers.

So, what is the Christian to do?

What can we do?

Perhaps we could check back to some of the statements believers like us were making earlier in the year. Maybe revisit things like “God is in control” and “God is sovereign.”

That would be a good start.

In fact, it would be a great place to remain.

The marriage of evangelicalism and partisan politics has resulted in a strange mutation that actually elevates self while ignoring biblical Christianity. Whether red, blue, or somewhere in between, this is nothing more than idolatry. On one side biblically sound Christians have buddied up to prosperity hucksters and have harmed the church’s witness. On the other, some have willingly partnered with the culture of death and the moral revolutionaries to the elimination of a sound biblical witness. Sadly, churches found their membership divided, some choosing to walk away from their faith family over the rift. I fear we may suffer repercussions to our Christian witness for years.

Yet, knowing that words matter, I desire to lean into the aforementioned phrase that “God is in control” knowing that he was not surprised by the result of the election (or the coming result if anything is to change.) The mission of the church has not changed at all. The Great Commission was not revised. The Great Commandment was not amended. The gospel of grace has not been updated. God is the same yesterday, today, and forever.

As for the idolators in our midst, rather than throw the stones at the easily identified ones who have sacrificed their witness on the altar of political power, I will look in the mirror. I realize that “there, but for the grace of God go I.” For this I confess. In fact, we all should. Whenever we place our trust in anything or anyone other than Christ, regardless how “Christian” it may be wrapped, it is still a form of idolatry.

Thank God he is sovereign, in control, gracious, and holy.