davidtarkington.com
Home Archives Subscribe
What I Wish I Knew Earlier About Planting Churches & Sending Church Planters
You Might Be a Consumer Christian If...

There are instances in pastoral leadership when we must admit that even though we know certain things are not best for the church or the path to disciple-making, we do them anyway.

For instance, most gospel-focused pastors I know clearly affirm how the growth "consumer Christianity" has negatively impacted the church in our culture. Yet, even knowing and stating this, we often continue to develop ministries, services, and programs that actually feed the consumer mentality. I am not saying that all ministries and activities should cease, but rather than leading contextually and biblically, it just becomes easier to provide a buffet of "church stuff" hoping the already attending continue to attend (and give) and that some unchurched may begin, while shoving strategic, relational disciple-making to the back burner. This is not a shot at other pastors and churches. it's a revelation from my own mirror. 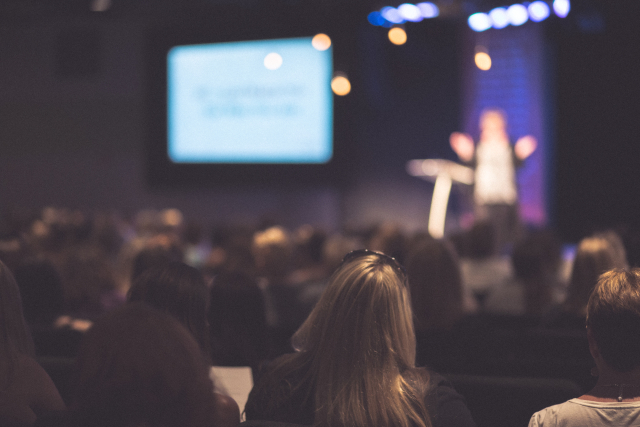 Another circumstance that many consider to be a modern-day result of social media and celebrity culture is the rise of the "celebrity pastor." Even the title sounds icky and though there is no biblical office for "celebrity pastor" the position nevertheless exists in our culture today.

Though many consider this to be a modern-day trend only, Carey Nieuwhof reminds us in an article he posted a number of years ago that this has been the case since the beginning of the church. Remember the church members who liked Paul more than Apollos and so on? Nieuwhof even clarifies that not everything is a negative when it comes to celebrity pastor status, but the dangers are very real (Full Article Here)

Even prior to the advent of social media and trending stories, memes, and posts, some pastors became globally known and impacted the lives of thousands, if not millions. For instance, even years after his death I still hear how the life and ministry of Billy Graham has impacted many personally.

Yet, it seems within the last twenty years or so a new, fast-growing trend of celebrity status hit the American church. Pastors were platformed (many never sought it) and found themselves as influencers and community impact leaders in very positive ways. In addition to the clearly defined false teachers (hucksters) of the prosperity-gospel who fleece congregants and television viewers of funds for personal gain, some well-intentioned, theologically-sound preachers and teachers began to be raised up.

Names became well-known among Christians and church leaders. Conferences were held. Teaching was offered. Video series were developed. In some cases, bands and worship teams were developed to promote the brand (oh...and God too.) I began to see pastors and young Christian leaders name their children after such celebrity pastors.

While I have a number of books on my shelves written by some of these men, I often wondered how long they could ride this wave of status. I confess that I should have been praying for these men while reading their books and listening to their sermons.

Whether celebrity status was desired or not, many found themselves no longer simply shepherding the flock in their local church, but managing a global brand of marketable Christianity.

It is 2020 and far too many of these men who were filling stadiums, doing book tours, sitting on the couches on secular talk shows, and promoting their brand online have fallen.

Churches have closed. Others have fired leaders. Some sadly have resorted to legal action against brothers and sisters. Those presumed to be godly have been exposed to be mean-spirited. Church leaders who excused wrong actions and attitudes for years have finally addressed the elephant in the room.

Some leaders private, unbiblical sexual activities have been exposed. Marriages have ended. Children have suffered. Families have divided. The collateral damage is immense.

Even some leaders who are now deceased are having their previously hidden sinful actions revealed.

Sexual abuse has happened far too often (BTW - when it occurs once, it is far too often) in churches. Sexual abuse victims have been shamed in attempts to keep the ministry's brand viable and marketable.

Those who found themselves riding high now wonder where their fans are.

Why, Then Would Pastors Want This?

There is something about the heart - you know, the sinful, self-focused, self-loving heart that we all have within us. The longing we have for being loved reigns. The desire to be applauded is real. The jealousy that rises when we see others whom we deem to be less talented and less articulate being idolized and platformed in our industry (in this case, in American Christianity) occurs all too often.

Fleeting thoughts of "It would be nice to be leading a church that size, to be preaching at a conference like that, to be a best-selling author doing book signings, to be an internet influencer, to be a 'cool pastor,' to be sought, to be elevated, etc." come into the minds of many.

Full transparency - I've had these thoughts, too. I have them far too often.

Even knowing how the Enemy loves to prop up those proclaiming the gospel just to tear them down does not convince us to be content.

I guess that really is the answer. Our contentedness, our joy, our ministry must be solely found in Christ. (BTW - we know this...but we still fail too often) The longing to make a difference, to leave a legacy, to impact lives for eternity, is good. It is holy. Yet, it is the good that can often be perverted unknowingly.

To live humbly, but boldly as Christ's ambassadors is the call.

There have been many, many godly men and women throughout Christendom who were known in their day, influential in their era, are revered today years after their passing, and have been seen as legacy leavers for Christ's sake. In other words, being known by many is not a sin. In fact, as stated earlier, it is often God's design to make himself known.

What makes the difference is when the private life and the public life of the Christian leader match. The pastor seeking to live holy, striving to live generously, focusing on the gospel, and glorifying God in private must also do so in public (and vice versa.)

When the temptation to want to be known seeps in, we must repent and rely on God to keep us focused on him, on making him known, on glorifying him. We won't do this perfectly, and that's the joy (or struggle at times) of pastoring well.

Pray for the Pastors

Oh, and pray for those who are known, leading large churches and ministries, preaching truth, and seeking to impact the world for God's glory. Pray for them because if they fall...the impact will reverberate throughout the church, the community, and in some cases the world.

I would love to never have to see another headline of a celebrity pastor's failure.

There are many books written by godly leaders that address the challenges of pastoring and the temptations faced. Two that I recommend are by Paul David Tripp.

Dangerous Calling: Confronting the Unique Challenges of Pastoral Ministry and Lead: 12 Gospel Principles for Leadership in the Church

Posted by David Tarkington on December 01, 2020 at 11:28 AM in Current Affairs, Hot Topics for Churches, Leadership, Life, Religion | Permalink | 0 comments