davidtarkington.com
Home Archives Subscribe
Becoming a Healthy Church Takes More Than a Resolution
Why Be a Disciple of Jesus Christ from Your Church?

Pastoring In the Aftermath of the DC Riot

Early last week I read a news article that stated Iranian dissidents planned to attack the US Capitol Building on Wednesday, January 6. The threat was intercepted by air traffic controllers on Monday, January 4. Apparently, the motivation was retaliation of the 2020 killing of Iranian military leader, General Qassem Soleimani.

The threat was considered a fake, but nonetheless, the FAA notified federal law enforcement and precautions were apparently taken.

As we know now, no air strike on the Capitol occurred on January 6, but an attack did occur. While the US Senate and House of Representatives were gathering to affirm the votes of the Electoral College, finalizing Joseph Biden's victory in the presidential race, a mob gathered in DC and eventually broke into the US Capitol. 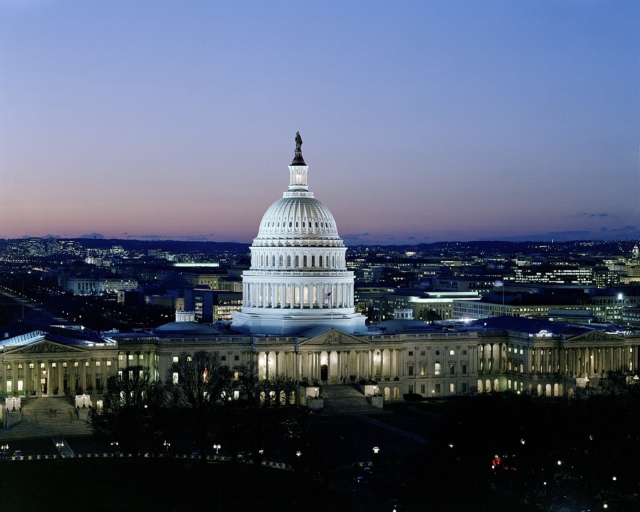 As has been stated ad nauseam for  the past three days in the media, this is the first time such an infiltration has occurred in the Capitol since the British did so during the War of 1812.

Like millions of other Americans, I watched the news reports on television and on social media. The images of people busting windows, breaking through doors, and sitting and standing upon the desks of elected officials caused great frustration for me. However, it was not the images of the Grand Poobah of the Water Buffalo Lodge, the man known as "Baked Alaska," or even "Big O" the Arkansan mail thief that were most disturbing for me. What caught my eye was the prominence of banners stating "Jesus 2020" as if Christ was running for office, and the numerous Christian flags appearing throughout the crowds.

One's political ideology should be influenced by one's theology. Sadly, some tend to get this backward.

Pastors: Be Strong and Courageous

To my pastor friends who led well during the election cycle of 2020 by continually reminding your church members to pray for those in authority over them (Romans 13,) register to vote, be good citizens, and vote with conviction as men and women whose biblical worldviews drive their ideological and political beliefs...get ready. I believe many pastors will face challenges due to the events of this week that will test our capacity to shepherd well.

What you may face...

Perhaps you were appalled at the events of January 6 and spoke out online and in conversations. I pray you were able to do so from a place of calmness and clarity. Even so, if you dared call out those who resorted to violence and the destruction of national landmarks or those you believe incited such actions, not everyone in your congregation will approve of your words. Some will be angry and may let you know via text, email, social media, or if you're really fortunate, about five minutes before you preach on Sunday.

No church of any size is politically homogenous, even if every member is registered as the same political party. There are differences and strong opinions held by many. Once you declare your opposition to a politician revered by others, you will be labeled. In the binary world we live in, you are either anti-someone or pro-someone. Most cannot fathom that you can be strongly opposed to an individual in your chosen party and still be vehemently opposed to the platform statements of the opposition party (or vice versa.)

If you dared make statements against things said or done by the crowd at the Capitol last week, there will be some in your flock who may accuse you of being pro-big government, pro-abortion, pro-LGBTQ activism, and any number of other things categorized as liberal policy which, based on your long-held biblical convictions and theological conservatism, you oppose. But...that won't matter. You will be labeled.

In anger, some may ask your opinions of the Black Lives Matter riots that occurred last year. You may be asked what you think about Antifa. Some will wonder why you still use Twitter and didn't get a Parler account. Some will label you any number of things that are not part of your job description as pastor, much less descriptive of who you are as a Christian. You may be labeled things like liberal, snowflake, sheep (okay that one is biblical, but likely not how they are using it,) progressive, or any other currently trending insult term.

What is strange is that you haven't changed at all. The biblical conservatism and inerrancy of God's Word you held to last week is the same today. Your calling as a minister of the Gospel of Jesus Christ has not been revoked. God has not shifted. Your love for him and others has not waned. Your love for your church is secure. Your desire to teach sound doctrine, love the unlovable, engage your community for the sake of Christ, and any other thing you have faithfully led your church to do and be remains.

Yet...you may be doubted now more than ever.

But, maybe it is not so strange?

Maybe this is what we should expect–the enemy seeking to destroy God's church, not primarily through the elimination of free speech on social media (yes, this is a problem,) not through the bifurcation of the American people, not from laws that will seek to censor biblical preaching (yes, this is a huge problem as well and seemingly coming,) not from threats without, but from within.

And it has always been this way.

Pastor, continue to lean into God and his Word. Trust him. Pray for your flock. Be strong and courageous and speak words of truth. These days may not be easy. In fact, they will not be. We are called to be unified, but our unity centers around Christ. I encourage you to not forsake the truth for a false sense of togetherness. Be humble. Be gentle. Be patient and bear with one another.

Be strong and courageous.

Regardless what happens in Washington DC, God remains who he always has been and always will be. He is sovereign. He is King of kings, Lord of lords, and you are his child called to serve him by shepherding his flock. I'm praying for you and for your church. I ask that you pray for me and the church I serve as well.

I therefore, a prisoner for the Lord, urge you to walk in a manner worthy of the calling to which you have been called, 2 with all humility and gentleness, with patience, bearing with one another in love, 3 eager to maintain the unity of the Spirit in the bond of peace. 4 There is one body and one Spirit—just as you were called to the one hope that belongs to your call— 5 one Lord, one faith, one baptism, 6 one God and Father of all, who is over all and through all and in all.