davidtarkington.com
Home Archives Subscribe
Why Be a Disciple of Jesus Christ from Your Church?
What Burdens You?

What If You Received a Letter From Your Church About Your Giving?

A few years ago I finally recognized that when young pastors are told to find mentors in the ministry who have served as pastors longer, who are older, presumably wiser, and have more grey hair (or... no hair) that I was now in the category of the older pastors rather than the younger ones.

I see questions posted online on forums or on other social media platforms from young pastors wondering if something they are dealing with is "normal." Sometimes, there are questions presented such as "Do you think it is wise to _________?" referencing things that may seem logical, right, not unbiblical, but may cause controversy.

Yesterday,  young pastor messaged me a question. He was referencing some of my online posts, sermon clips, blog posts, etc. I have known this young man for quite a while and he serves a church located in another state, but in the same denominational tribe as ours. His question (paraphrased) was "How is this thoroughly gospel-centered messaging playing in your church? I imagine your demographics are similar to ours but you do not seem to be pulling any punches. I’m curious as to the impact with your people." I was so thankful for this question.

I answered initially with one word - longevity.

I have been serving as pastor at my church since 2005. Prior to that, I served seven years here at the same church in an associate pastor role. In other words, I have been here a long time. That does not give me permission to just say or do anything. However, longevity does help build trust. When a pastor is trusted, even if not agreed with regarding certain decisions, the opportunities for caring speech, seasoned with grace, and leading with intention occur.

Of course, the grace of God's people is incredible as well and not to be minimized. These wonderful people I have the privilege to pastor love well, serve gladly, and have shown me much grace over the years. An outspoken pastor needs a gracious church.

That being said, speaking truth and leading well are not things to be pushed to the back burner.

There are times when I'm preaching when I say things that were not actually typed in my notes. These off-the-cuff statements must not to be unbiblical, unloving, or outside the theme or focus of the sermon. Yet, sometimes when I say such things, I leave those in the congregation (and often others on our staff...as well as my wife) saying "Did he really just say that?"

What I Said About "The Letter"

Two Sundays ago, in my sermon focusing on generous giving and the fact that healthy Christians should be generous Christians, I spoke of the work of the church and the funding for missions and ministry that gifts from covenant church members provide. I mentioned tithing, but even in that, did not speak of it as a dogmatic rule in that I understand the Old Testament requirement for such giving by the Jews and the New Testament calling to live generously (meaning...it's not measured by a ten-percent amount. In other words, God desires one-hundred percent of our lives, not just a portion.) Nevertheless, I did not denounce the tithe. I believe it is a great start for generous giving and in my life, it has always been considered a minimum, not a maximum. 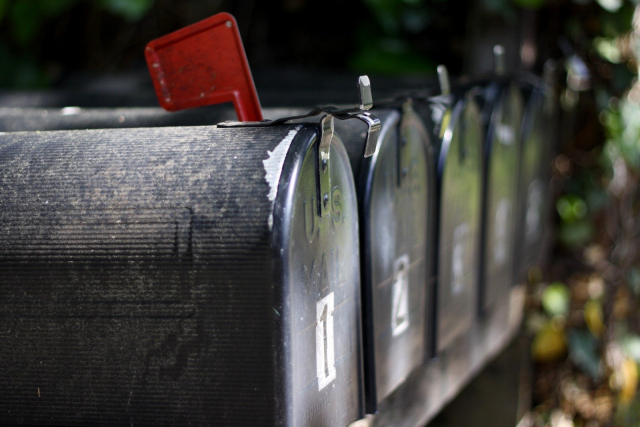 I then mentioned that our church may send a letter to those covenant church members who previously were on record as systematic, regular givers to the ministry of our church, but have most recently not been giving.

I didn't stay on that subject. It was not in my notes, but I did say it.

Maybe I needed an older pastor to get counsel before saying it?

Nevertheless, a few members asked "Are you really going to send out a letter?"

Some believed that many members would leave our church if such a letter were sent.

Still others were wondering that since I stated from the stage that I do not know how much any individual church member gives, how could I know who should receive such a letter.

What Such a Letter Would Say

Rather than stir up something unnecessarily, let's look at what such a letter may say.

Here is some background on this. Our leadership team was meeting and discussing upcoming sermons and the topic of generous giving and this sermon came up. One of our pastors recalled when he and his wife were in seminary and they received a letter from the church where they were members. As is often the case in seminary, funds were tight and they had not given recently (for a period of time) as they had initially and had covenanted with their church to do.

Here is what his letter (well actually an email) stated:

Hey there,
I hope you are doing well. I think you probably know this, but in case you don't—one of the ways we try to hold church members accountable to the church covenant is checking in with members who have no recorded giving for an extended period of time.
We don't have any recorded giving for you for some time, so I wanted to touch base.
If you have been faithful in this area of our church covenant but have chosen to give cash anonymously, please just let me know that. I don't need to know numbers or anything; just that you are fulfilling this area of the covenant.
If, however, this is not an area that you have been fulfilling, let me just encourage you to do so soon. Again, our covenant does not specify and amount, but only that we give "cheerfully, regularly, and generously."
If there is some hardship that would prevent you from doing so, or if you have some concerns about this commitment, I'd love to sit down and talk with you about it.
Grace and peace.
(P.S. - The latest report I have is from early May. If you have given since then, just let me know!)

As our associate pastor read this to our team, I was taken by the overwhelming sense of care and grace expressed in these words. This was not a letter from a church bent on padding its bank account. It was from a pastor at the church tasked with connecting and keeping up with church members.

The truth is that some would not like getting such a letter, for the reasons I mentioned above. So I asked our associate pastor how he and his wife responded.

He said they greatly appreciated the letter and it opened the door for them to repent to God for not fulfilling that which they have covenanted to do, but also to share with the pastor the very real needs they were facing.

This was not a "going to the principal's office" encounter, but a moment revealed by a "red flag" of no giving (after previously giving regularly) that showed the church and pastoral staff how to serve and minister to this family.

Answers to the Common Questions

Concerns raised are legitimate and here is how I responded to a church member when these were presented to me.

What If You Received Such a Letter?

How would you respond to such a letter or email. In our case, it would not come from me, because I do not know the giving record of our church members, but as I stated, our financial secretary does and those who work in that area of our leadership team do (or at least can find out.)

There may be church members, part of your church family, who are struggling financially right now. This may be due to loss of job, cut wages, pandemic forced shutdowns, increased medical bills, or any number of things. We all know that many in our churches would be embarrassed that others know of their struggles. Yes, we know that we should be able to share truthfully and pray for one another, but alas, pride and potential embarrassment keep us from doing so at times.

So, look at it this way, if a faithful, covenant member of your church suddenly stops giving, serving, attending, etc. it may be a sign of a deeper struggle. We would be at fault for ignoring such signs. This must not be judgmental, but true familial Christian love and care.

Of course, letters, emails, and text messages are often received wrongly and read with the feelings of the reader, not the intent of the sender. So, perhaps a phone call or personal conversation would be best.