davidtarkington.com
Home Archives Subscribe
High School Graduate Recognition in a Family Equipping Church
Getting the Church "Back to Normal" Is The Wrong Next Step

Christians, Pride Month, and the "Wrong Side of History"

The beginning of June used to signify the onset of summer, the end (or close to the end) of the school year, weddings, vacations, Vacation Bible Schools, summer camps, and other such events. Now, as you likely are aware simply because almost every major corporation has changed its social media logo, sports teams are selling specialized caps and t-shirts, and events, parades, and rainbow-themed gatherings abound, it is "PRIDE MONTH." It is a celebration of the self and it is global. 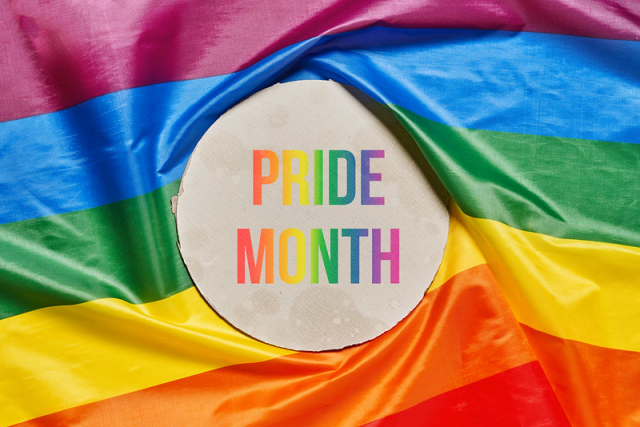 "Summer of Love is Love"

The trajectory has been short comparatively. Perhaps 2021 marks the moment where Pride Month is now perpetually considered mainstream in the culture. No longer is the emphasis something an advocacy group celebrates on the sidelines of mainstream culture. Now, those who do not celebrate, affirm, and love the month of pride are pushed to the margins of culture. To speak against such events results in an online bashing where being canceled is the norm.

The often used phrase "Don't be caught on the wrong side of history" is bandied about and some actually believe it to be valid.

And the moral revolution continues forward...leaving Christians who seek to live holy lives, who view life from a biblical worldview, who dare to call sin what it is, while truly attempting to love people without affirming ungodliness labeled as outliers, haters, those whom righteous people should ignore.

All because they're on the wrong side of history.

Our current moral revolution includes much more than a celebration of LGBTQ+ lifestyles. Elements such as no-fault easy divorce, abortion on demand, a shifting of weddings from a religious service to a destination event complete with Bridezillas, the redefinition of family, acceptance of polygamous marriages, and the growth of polyamorous relationships (the word "throuple" now exists,) are just some of the players in this hyper-fast revolution that is changing everything. Even the English language apparently no longer has rules as plural pronouns are to be accepted as singular based on the desires and whims of an individual. Not that long ago the word "trans" was mostly not understood by many people. Now it has moved to the forefront of the alphabet soup owned by the LGBTQ+ community.

Dr. Theo Hobson is a liberal Anglican theologian. He authored a book titled God Created Humanism: The Christian Basis of Secular Values. While I am not recommending the book and there is no doubt that Dr. Hobson and I would disagree on most topics, his concise definition of what must happen in order to institute a moral revolution is spot on. He states...

That sums up what is happening in our culture today. Some have asked me "How did we end up like this." I point to Hobson's three-step analysis as to the journey of shift. Ultimately, those who condemn that which now is celebrated (in the case of Pride month, that would be the LGBTQ+ agenda) must now be condemned. Thus...cancel culture.

Christians and Churches Will Not Get a Pass

It has been said by many in recent years, most notably by Dr. Albert Mohler of The Southern Baptist Theological Seminary that an answer on where an individual or church stands on the topic of homosexuality and the full gamut of LGBTQ+ relationships will no longer be avoidable, couched in grey, or ignored. Mohler stated in a 2014 article responding to a now former Southern Baptist church in California that affirmed LGBTQ+ lifestyles by declaring a "third way" that this reality is upon us.

The issue is now inescapable for every congregation, every denomination, every seminary, and every Christian organization. The question will be asked and some answer will be given. When the question is asked, any answer that is not completely consistent with the church's historical understanding of sexual morality and the full affirmation of biblical authority will mean a full embrace of same-sex behaviors and same-sex relationships. There is no third way, and there never was. (albertmohler.com)

Dr. Mohler is not the only one speaking on this subject from a biblical worldview. He is one of the few who does so with strong, conservative, biblical convictions that are not married to a nationalistic or anger-based viewpoint. Despite how some respond to him, his words do not spew hate, but clarity and espouse the grace and love God offers.

Perhaps one of the most frustrating and debilitating realities among evangelicals (especially Baptists) in America today when it comes to holding firm on the biblical teaching of sexuality is that while the Bible clearly (I know some dispute the clarity, but I still hold that the teachings are clear) speaks in both the Old and New Testaments of God's design for his image-bearers and the value and purpose of God-designed sex and sexual relations, there are far too many evangelicals with platforms who heinously live double-lives. Whether it is the real and often unacknowledged sexual abuse that has taken place in evangelical and Baptist churches for decades by pastors and leaders or the very public sexual and perverted failings of celebrity Christians, pastors, university presidents, and Christian camp employees the public call to live moral, biblically holy lives, especially in regards to sexual ethics fall on deaf ears. Messengers who declare a message they personally ignore removes any power in the message for many. In just a matter of decades pastors and Christian leaders have fallen from listings of most admired and respected to the opposite. In many cases it is rightly deserved

What a fun era to serve in pastoral leadership.

Nevertheless, the call to live holy lives remains. This is not a call to live on a pedestal, looking down on others, declaring their sin worse than ours.  Yet, it is a call to fulfill the Great Commission and Great Commandment. To love God dearly and love others as he does, to not be silent when it comes to the gospel, to not forget that apart from the grace of God and salvation through Jesus Christ, regardless of one's sexual bent, lostness is everyone's lot.

Over the past few years, I have received more emails and phone calls than I can count from others who with family members who have come out of the closet, who celebrate Pride Month as their favorite time of the year, who in some cases have abandoned the faith of their childhood. Why do I get these calls? It's pretty obvious. Our family is in the story as well.

Some ask how they can love their family member without affirming their lifestyle. Some seek information on what to do to change their child or loved one. Many are broken and grieving and wondering what they have done wrong.

Each story is unique. Each is different because people are different and circumstances are different. Yet, in all the individuality in our world, here is what I know. God loves our loved ones more than we do. The answer is not a change in sexual orientation or beliefs about sexual identity. To change one's sexual urges (if they even can) but to remain separated from God results in an eternity separated from God. Thus, the answer is only Jesus Christ. Behavior modification never leads to heart transformation. Lifestyle changes do not lead to salvation. Christ alone is the key. He changes everything.

So pray and believe.

Those of us living on the wrong side of history know that "love is love" is little more than a declaration of self. It is a prideful statement and up until a few years ago the concept of "pride" was considered to be sinful (as it is, just read Proverbs 16.)

Now pride is something to celebrate.

It seems that Hobson was right.

No Avoidance of a Stance

Churches and denominations have been wrestling with their stances on sexual morality for decades. It has created division among many. Sadly, it seems that the United Methodist Church is next to face schism as the only think united about the United Methodist Church as a whole is the name and the trademark. It is a sad reality, but it is coming and the divide will land on the church's understanding and definition of biblical morality as it relates to LGBTQ+ lifestyles.

As individual Christians, a decision will have to be made regarding this as well. Oh, most have already made their decision, but there will soon come a day when it will have to be shared publicly. And even if you're not scared of homosexuality (i.e. not homophobic) you will likely be categorized as such if you do not publicly affirm the new chapter in the moral revolution. Unless of course, you try to toe the line to remain "relevant."

This will likely get me canceled by many, but toeing the line in order to be relevant by ignoring what the Bible declares to be true, just so you can keep your job, have dinner with your in-laws, be considered cutting edge, or not have your social media accounts censored or deleted will result in you perhaps being on the "right side of history" but on the wrong side of God's truth.

As challenging as it is here in the United States for evangelicals regarding the moral revolution, it is more so in other nations where speaking biblically as it relates to sexuality is considered hate speech.

So, if you just keep getting angry at all the rainbow logos that corporations are pushing, just remember that for the most part that is little more than pandering for the sake of financial gain. Business...as they say...is business. I don't like it, but those postings are often little more than attempts to appear progressive while living behind meaningless hashtags.

In some cases it is more (as with Blue's Clues and the Pride Parade sing-along) but that is why we must we wise as serpents and innocent as doves.

What Is a Christian To Do?

It is so simple that it seems like it is not enough. Love God with your heart, soul, mind, and strength. Love him with every ounce of such. Love him so much in these ways that your own personal behaviors and actions change because of him and how you live your life reflects that great love. In other words, be holy.

Love others as yourself. Love straight people, gay people. lesbian people, bisexual people, non-binary people, transgender people, whatever falls under the + people...all people. But remember, love does not mean affirm. That may be our biggest challenge. Love with an agape love - an undeserved, grace-filled, self-sacrificing, selfless, unconditional, non-behavior motivated love.

Love them enough to show them Jesus Christ (the true Jesus Christ, not the Christ coopted by those who make him a political player who looks more like a cowboy than a shepherd.)

And believe God is sovereign, not shaken and will do what only he can do - rescue the perishing. Just as he did with you.

Or do you not know that the unrighteous will not inherit the kingdom of God? Do not be deceived: neither the sexually immoral, nor idolaters, nor adulterers, nor men who practice homosexuality, nor thieves, nor the greedy, nor drunkards, nor revilers, nor swindlers will inherit the kingdom of God. And such were some of you. But you were washed, you were sanctified, you were justified in the name of the Lord Jesus Christ and by the Spirit of our God. (1 Corinthians 6:9-11 ESV)