Facing the Reality That Your Church Has Changed

"Your church is perfectly positioned and staffed to reach a people who no longer exist."

I first heard a Christian leader make that statement about fifteen years ago. His point was that often churches of a certain age find themselves overwhelmed by decades of programmatic, event-driven, historically successful strategies that were not and are not necessarily sinful, but over time become ineffective. Thus, your church may still be filling its calendar with elements designed to reach...people who are no longer in the community or attending the church.

I have discovered that I often do not think the way other pastors of churches think. This is not because I have some secret knowledge others do not or some insight that others have yet to gain. It is because I am weird. Yep, that's it. I tend to ask questions that others never consider and I just do not know better than to ask. Sometimes, I am like that four-year-old who responds to everything his parents say with "Why?" or the even deeper question of "But...why?"

It can be frustrating and I'm sure my frustration frustrates those who are part of the church I serve.

Yet, I still ask the questions.

I still wonder why we do things we do. I wonder why things are the way they are. So I ask.

I do my best to look toward a place that is truly impossible to see - the future - to hopefully get a handle on trends and cultural shifts so that we as a church can be positioned well to present the never-changing, life-redeeming message of the gospel to the yet unreached.

"This is Not Your Father's Oldsmobile"

Now this dates me and those who are not at least fifty-years-old likely have no idea what I'm referencing. Yet, I'll attempt to explain.

Back in ancient history the company known as General Motors produced a line of vehicles under the brand name "Oldsmobile." Oldsmobile was positioned in the auto industry to reach a specific target market.

At one point, Oldsmobile was focused toward an older demographic. Eventually, the market-share shrunk and GM was basically competing with itself (since Buick and Cadillac also targeted the same group.) Thus, in the mid-1980s Oldsmobile began running an ad campaign under the by-line "Not your father's Oldsmobile." The commercials featured actors who had starred in older television shows or movies along with their adult children. I remember ones featuring William Shatner and Leonard Nimoy of "Star Trek." They were in the cars with their respective children and the adult children were shocked at how sporty the new Olds were. Thus..."This is not your father's Oldsmobile" was then stated and plastered on the screen.

It was catchy and creative. Apparently, not enough though as the Olds brand was soon discontinued. Yet, that phrase stuck with me and in church life where the retirement of long-dead programs and outdated emphases remains, the marketability of "This is not your father's church" seems to resonate. 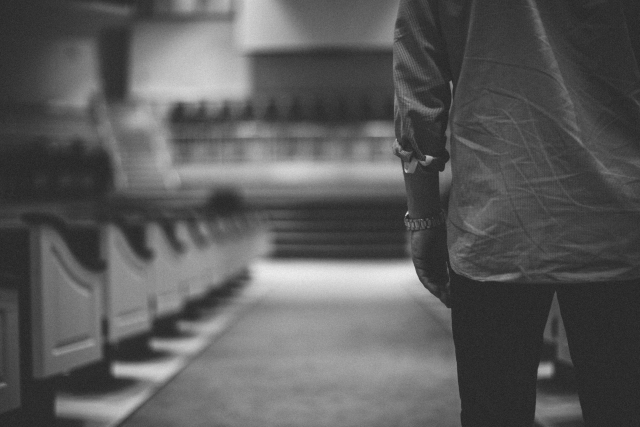 Of course, when I speak of this type of branding and marketing of the local church, I am not speaking of the abandonment of timeless truths, the value of the Lord's Day, the doctrines that define us, or the inerrancy of God's Word. Those and other vital elements of who we are as Christians and our message are timeless and never change and should never be tampered.

Yet, as most of us who grew up in church know, there are elements that were used by God for a season, but the season ended. In these cases, change has to happen. Otherwise, the church ceases to to be faithful to the calling God has given and ends up existing in a form that exists solely for itself.

Some struggle with this reality, but it does not make it any less true.

Many of our Baptist churches in need of revitalization or replanting now have faithful remnants of brothers and sisters in Christ serving and seeking to survive in their communities. Yet, even by their own admission, walking into the church is like stepping back in time. Back in time not to a moment of biblical focus and holiness, but just back a few decades to a time when said church was reaching its community and had more people in the gathering.

There has been much written for many years regarding contextualization and the changing landscape of church planting, sustaining, and community engagement. Then COVID-19 hit and suddenly what smart people said would happen within the coming decade occurred within a span of weeks.

Churches who refused or never thought seriously about online streaming, online giving, or online anything were reevaluating their strategies. Pot-luck meals went the way of the buffet restaurants. BST (Baptist Standard Time) for all meetings, services, Sunday schools, etc. was erased. A year's worth of events and programming disappeared. And...many pastors and ministry leaders whose job description and in some cases personal identities were defined by what they do (or did) rather than in who they are began to struggle. All the "Ministers of..." and "Associate Pastors to..." that were tasked a certain age group, ministry element, or program found themselves wondering what to do since their gatherings and programs were gone. Of course, this is an over-simplification as pastors and ministers truly focus on people, but it is easy for one to slide into busyness and tasks. It happens to all of us at some point, I guess.

Suddenly, discovering how to connect and reconnect became paramount. How to "do church" when how we "did church" was unavailable. The longing for "getting back to normal" began to be shared. And now, despite the delta variant, many churches are back to meeting in person. Programs are rebooted and structures are being reset. But...in many cases, the church has changed. In some cases it has been dramatic.

A great crowd for many on a Sunday gathering is very much smaller than pre-pandemic. A shift has happened. Now, we must adjust.

This is not your father's church...and it's not even the church you attended pre-pandemic in some cases.

When I arrived at our church to begin serving in pastoral ministry our community was much different. It was 1994. The population was smaller. The number of homes within a drivable distance was much less. Average incomes of those living near our church was significantly higher than now. There were fewer schools, fewer churches, and much history to preserve.

It is now 2021 and as I stated to our congregation a few Sundays ago - we cannot pretend that we are the church we were when we were the only conservative Baptist (or evangelical) show in town. Our mission field has changed and in some cases, we have pretended nothing has happened. A new coat of paint on a wall does not fix long-deferred maintenance.

There is no going back, but there is a way forward.

We cannot simply ignore the mission field that exists in the present, pretending we are who we were in the past (with the numbers in the room we had at that time and the budget we had then) and be faithful to be who God has us here to be right now.

So, let's just be honest. People ask me how many members we have at our church. I normally answer "I have no idea" but I do know on the books we have about four times as many "members" as we do who attend and participate in ministry. This has been the case for decades yet has been exacerbated due to our pandemic-infused online only era of church gatherings. Thus, we have bogus numbers. And our church is not alone.

Numbers are our friends, but only if they're accurate.

Can the brand of our church survive a dose of reality? What if we begin to admit our church is not as big as it used to be, or as big as the church down the street? What if we actually look in the mirror and see who we are, then look out the window to see who really lives nearby. If we continue to seek to reach people who do not exist we will ultimately be successful in reaching nobody.

Change is a pain. I don't like it, but it can be helpful.

Ignoring reality is a sign of pending death. I am thankful for who we really are (and for who really is in the room - or online) and believe the never-changing God has kept us here for his glory and ultimately for our good and our community's good. Rear view mirrors are great, but there's a reason they're smaller than the front windshield.

Maybe you needed that reminder as well. God is sovereign and maybe he has been shrinking our imagined crowds of self-defined "Gideon's army"  to those who are truly disciples and will be used for the work ahead.