davidtarkington.com
Home Archives Subscribe
"When the New Wears Off" - A Reality of Church Planting
With All That Is Happening In the Southern Baptist Convention, What Are We To Do?

Running Low On Hope That the SBC Will Right This Ship

Sometimes in the Southern Baptist (SBC) bubble that I grew up within, serve within, and often live within, I think that everyone is talking about SBC issues and concepts all the time. The truth is the majority of my deeply politically-conservative, tradition-laden, church-on-every-corner, southern town is not Southern Baptist. The vast majority are not Christians and many only hold to a "God and country" version of American Christianity rather than a biblically convictional version. In other words, just like every other pastor and Christian I know, I live in the heart of a mission field where lostness has more reign than I desire.

If I am not careful, I will get sidetracked from the actual mission. Since I am a Southern Baptist and have been my entire life (I was Southern Baptist, at least on Sunday School roll, prior to my new birth moment) I often think in "Baptistese" utilizing a lexicon that not even all our church members understand (i.e. messengers, autonomy, Cooperative Program, IMB, NAMB, State Board of Missions, Executive Committee, UUPG, Lottie, Annie, etc.)

Within our SBC bubble things happen.

Conventions occur annually on the state and national level. Associations and networks come together to intentionally fulfill the mandates of the Great Commission and Great Commandment for the glory of God. Board meetings and entity gatherings take place where saints intentionally pray and plan for wisdom to extend the reach of the gospel. Missionaries are sent. Churches are planted. Seminarians are trained. These are all good things (and the list is not extensive.)

Sometimes this is unintentional. Sometimes...sadly it seems to be systemic. Maybe this is a result of brand-protection, propagation of a long-held buddy system, latent Christian celebrity making, or idol worship.

Then...yesterday. A Southern Baptist event took place that quickly moved to the front burner for many active and engaged SBC pastors and church members. I heard the phrase "the world is watching" from many and maybe that is so, but even if the world wasn't watching, I was. And more importantly, our Sovereign God was...and is.

What occurred was a special called meeting of the SBC Executive Committee (the managing and functioning agency for Cooperative Program issues and denominational decisions throughout the year excluding the two days when the actual Southern Baptist Convention is in session.) The polity of this organizational structure may seem strange to those who are not Southern Baptist, but suffice to say this group is the SBC decision-making group when the annual meeting is not in session. Yet, there is a very clear and specific caveat for this group. They work at the behest of the SBC and our messengers (voting representatives at our annual meeting sent from local, autonomous churches in good standing.) In June 2021 the SBC Annual Meeting took place in Nashville, Tennessee. It was one of the largest attended in numerous years due to two things - 1) the 2020 meeting cancellation due to COVID and 2) the genned-up in-house squabbles between factions hoping to get their respective man elected president. It was fun. Kind of like riding a roller coaster that makes you throw up all over your shirt is fun.

Our Most Recent Mess

Nevertheless, during the Executive Committee's presentation at our annual meeting where the intent was to unveil and promote a new vision for the SBC (It was unveiled, but this was no home run. It was welcomed with a collective "amen" that sounded more like "meh") a motion was made from the floor (remember - this is just a big Baptist business meeting) by messenger and pastor Grant Gaines regarding the widely-known sexual abuse scandals in many local churches and the response requested from the Executive Committee. His motion is below:

I move that the Southern Baptist Convention, meeting June 15-16, 2021, in Nashville, TN, ask the newly elected president of the SBC to appoint a task force within 30 days of the date of this Convention that shall be comprised of members of Baptist churches cooperating with this Convention and experts in sexual abuse and the handling of sexual abuse-related dynamics. This task force shall either assume oversight of the third-party review announced previously by the Executive Committee or initiate a separate third-party review. Said task force shall ensure that the third-party review includes an investigation into any allegations of abuse, mishandling of abuse, mistreatment of victims, a pattern of intimidation of victims or advocates, and resistance to sexual abuse reform initiatives. The investigation shall include actions and decisions of staff and members of the Executive Committee from January 1, 2000 to June 14, 2021. This investigation should include an audit of the procedures and actions taken by the Credentials Committee of the Southern Baptist Convention, which was formed at the Convention meeting in Birmingham, AL, June 11-12, 2019. The review shall be funded by allocations from the Cooperative Program.

We further move that the task force agree to the accepted best-standards and practices as recommended by the commissioned third-party, including but not limited to the Executive Committee staff and members waiving attorney client privilege in order to ensure full access to information and accuracy in the review. A written report on the factual findings of this review shall be presented to the task force 30 days prior to the SBC Annual meeting in 2022, and made public in full form within one week of the Task Force’s receipt of the report along with suggestions from the task force for actions to be taken by our convention.

The motion was discussed and voted upon. (Full disclosure - I voted to affirm the motion.) An overwhelming majority of messengers affirmed this and we left the annual meeting with the understanding that since the messengers had spoken, the things within the motion would be accomplished.

That is how it is supposed to be.

A task force focusing on the sex-abuse issues of the SBC was put together and gave wise, strongly worded, step-by-step recommendations to the Executive Committee. The Executive Committee met recently and found themselves at an impasse regarding the motion. Delays were made and amendments to press on were defeated. The sticking point was the waiving of attorney-client privilege.

A special called meeting was held yesterday (September 28, 2021) via Zoom. The meeting was streamed live online and many, like me, did watch. Was it the "watching world?" Perhaps. There were certainly many Baptists watching. 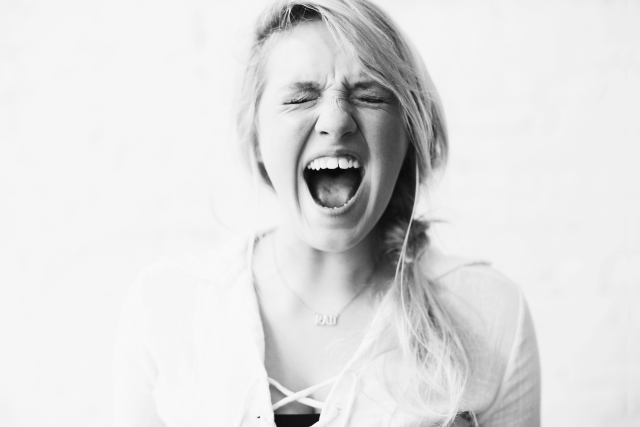 Zoom meetings are the norm for many now. We use them in our church for committees and small group Bible studies. We use Zoom for local and state meetings. Yet, for this subject and with this much at stake for our convention, it became clear last night that a virtual meeting via Zoom was a poor choice. Despite the frustrating fact many apparently could not figure out how to mute/unmute, turn their cameras on/off, or vote electronically, there were bigger problems. The presentation showed a lack of professionalism, lack of decorum at times, inability to effectively count votes, and a revealed lack of respect for the SBC messengers by some, not all, on the committee. The recommendations from the sex abuse task force was disregarded. It was like watching a slow car wreck occur and those tuning in knew it would not turn out well.

The Enemy must love this stuff.

Sure enough, it did not turn out well.

The fact that a vote on an amendment within the meeting had to take place by the committee members regarding whether or not they would do what they had been instructed to do by the messengers of the SBC causes me great concern. And I know some will say "But you just don't understand," or "You're not a lawyer," or "The messengers aren't privy to all the things this committee is privy to and they're just trying to protect the SBC," and other such things.

Those statements may be accurate.

Nevertheless, I am a Southern Baptist. And as a Southern Baptist I know our polity reveals that we are not a top-down, hierarchical denomination. We are a network of cooperating churches coming together for the sake of the gospel, to grow God's kingdom globally through evangelism, discipleship, and missions with doctrine and practices that conform to our confession of faith. It just seems to me that somewhere over the years a new system overtook the original programming. It's like a computer virus. It is a system that elevates brand over Bible. It's a system that says that people matter and that we care for the down-and-out, the hungry, the lonely, the abused, and the forgotten...but acts like it's more important to not be embarrassed publicly while doing more to promote programs, denominational efforts, and temporal issues that create celebrity pastors which harm greatly the church.

I have experienced much in SBC life over the years. I have heard angry preachers and angry Baptists attack one another at times.  Today I fear this moment may be the one that leaves more destruction, collateral damage, and unaddressed problems than we realize.

Some are working to #DefundTheEC. There are cries by some to leave the SBC. A few are seeking to consider how to send funds to denominational entities of choice while eliminating the ones (in this case the Executive Committee) that anger them. A number of church planters are vocally wondering if they should remain in the Send Network and the SBC.

I like to think that I mostly an optimist. Sometimes I doubt that I am an optimist. That makes me a pessimistic optimist. So, in my pessimistic optimism I believe that it is not too late. I want to believe that all those years and stories of sexual abuse survivors fighting for recognition, help, and justice will not continued to be ignored. I want to believe that when the majority of SBC messengers affirm a motion to do the right thing that those SBC agencies, entities, and committees given such assignments will stop hiding behind preference and legalese and do what they have been elected and appointed to do.

This is a watershed moment for the SBC.

It is not too late to right the ship (I hope.)

This means change must take place. That is most likely a change in leadership first, followed by a change in function and maybe structure.

And maybe...please...can we stop having Zoom meetings like we just had so that our collective public embarrassment can be centered around issues and important topics rather than our inability to effectively utilize technology and behave like adults?