davidtarkington.com
Home Archives Subscribe
Giving to Your Church or Other Non-Profit Through a QCD
What Is Happening in Ukraine Matters To Us All

Bob Dylan penned these words for his song "The Times They Are A-Changin'" in 1964. While this and many other songs from this era became anthems for a generation caught in the aftermath of the button-down fifties and the rising radical sixties, the words resonate today for many reasons.

This song came to mind as I was going over data from our county in preparation for a meeting with other pastors and church leaders from our expanded community last week. I have lived in this county since 1993 and while that does not make me a native, it does give me a bit of a perspective that those who have just arrived in recent years do not have. A good number of my pastor friends have been here as long or longer than I have (some are natives) and yet most in our area are relatively new to the region.

But...most of the people I know in our community are unaware of this rich history. In fact, most do not care. This has more to do with the fast-paced lifestyles and busyness of many who call this area home.

But...the times they are a changin'.

The 2010 US Census shows that our county had 190,865 residents. In 2020, population grew by 14 percent to 218,245. Those who study such numbers and prognosticate future growth state that Clay County could likely be the fastest growing county in Florida (which as a state is growing quickly, too) in the next few years.  By 2030 the number is expected to be over 252,000. By 2045 the number is expected to be more than 285,000 and long-term projections show the numbers continuing to rise through 2070.1

As of this writing, there are at least 35,000 homes being built in an area of our county that has been forest and fields up to this point. The PARC Group (Master Developer of the Nocatee and eTown communities in St. Johns County) is developing a new community in Clay County that will cover over 3,000 acres with an estimated 4,000 homes along with retail and office space.2 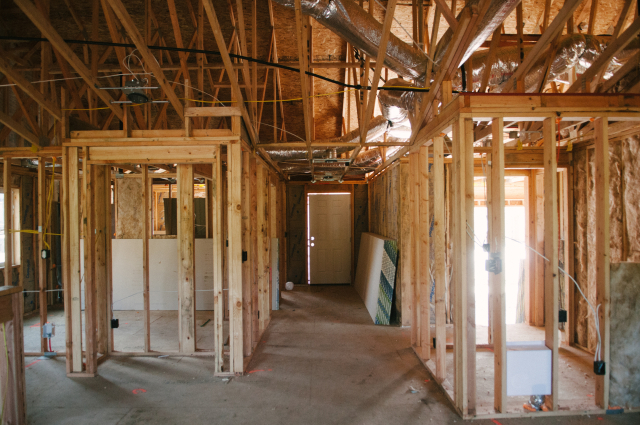 From Where Are These People Coming?

Now, I know this post is very specific to my region and my church, but I believe there may be some insight here that is transferrable to other areas of our nation, especially suburban areas that are changing rapidly.

As the group of pastors discussed the coming changes, one question that came up was "Where are these people coming from?" and "Where do they work?"

The answer may be surprising. With the "work-at-home" option now normative for many, it seems that many new residents of neighboring counties and planned communities (like Nocatee) did not change jobs when they relocated to the area, but simply work via Zoom or online from their home-office. One friend told me that the majority of his neighbors are from New York, New Jersey, Pennsylvania, and other areas outside the Sunshine State. The mayor of Jacksonville is even featured on billboards that have popped up in Los Angeles, Chicago, New York and other large cities promoting Jacksonville and our surrounding areas as a great place to relocate. Thus, the thousands of homes coming will be likely filled with relocated families from other states. While Reddit threads and online discussion boards give details to many related to relocating their families to new homes, planned communities, better schools, golf courses, beaches, etc. few are discussing the great churches in the area. Why? Because they're mostly not looking for church.

What Does This Mean?

From my perspective, at a minimum, it means the following:

There are more and while I am no prophet, nor the son of a prophet, I do believe these realities are upon us.

Since the churches that will reach the majority of these new neighbors likely do not exist today, we must pray for God to call out the planters and pastors within our own community churches. I long to see dozens of new churches planted in our county and I believe the majority of them need to be led by called out, qualified, God-loving, gospel-centered individuals who have called Clay County home for years.

Friends, the harvest is here. And while the majority are not looking for a new church, a Christian group, or even desire such, just as with Isaiah when he was called and sent by God, we must be willing to say "Here am I. Send me!"

The world is coming. We must welcome them with the Gospel.