davidtarkington.com
Home Archives Subscribe
Dave Paxton's List - "101 Things In Student Ministry (To Do & Not Do)"
When Parents/Guardians Are Equipped to Lead Their Children Biblically

Responding to Decades of Institutional Failure in the SBC

On Sunday (May 22, 2022) afternoon at 4pm a 288 page report commissioned last year by the appointed Sexual Abuse Task Force (SATF) of the Southern Baptist Convention (SBC) was released. This report was compiled by Guidepost Solutions and has been made available online for any to read. The report is available here - Download Guidepost+Solutions+Independent+Investigation+Report

Many of my brothers and sisters who serve and attend SBC cooperating churches have downloaded the document, read much if not all of it, and are now seeking answers to what is to be done, not necessarily in the organizational structures of the SBC, though that is paramount, but in the local church. 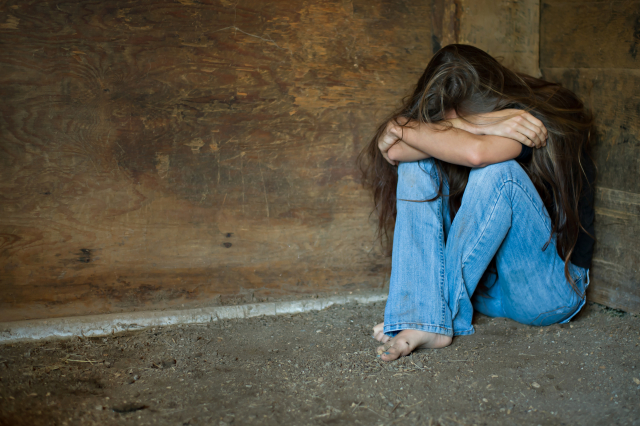 Numerous pastors have published statements. I was asked earlier today by a fellow pastor in our city if I would do so. I have held off, as have many others, to gather my thoughts, not seek to speak on things I am not privy to, and to prayerfully seek God's wisdom in not just a stated response, but actions to come.

As I have read and heard personally of the stories of sexual abuse by SBC pastors and church leaders over the years, I did not find much revealed in the report surprising. This saddens me greatly. It also saddens me, or more appropriately frustrates me that it took so many votes, parliamentary wrangling, and poorly managed and published online meetings for this report to become a reality. Ultimately, that we even have to have this report angers me.

While much of the report was not new news, there were some details that jumped to the front as shocking realities.

One shocking revelation was the affirmation that a secret database of accused sexual offenders among SBC churches (primarily pastors, ministers, and leaders) did exist. This after decades of declaring a database would not be feasible nor legal by those in leadership of the SBC Executive Committee

For those not familiar with the Executive Committee role, here is the description from the SBC website:

Although the Executive Committee does not control or direct the activities of Convention agencies, it reviews their financial statements and recommends the Convention annual operating budget. In addition, it receives and distributes the monies Southern Baptists give in support of denominational ministries, acts as the recipient and trust agency for all Convention properties, and provides public relations and news services.

The Executive Committee also performs other tasks assigned by the SBC, and promotes the general work of Southern Baptists.

The SATF report examined the workings of the Executive Committee over the past twenty years relating to issues surrounding sexual abuse in our churches. Most notably, the report revealed what victims/survivors have stated for years, but up to now have been officially ignored or set aside by the organization. In at least one account, the accuser's words were changed, assault was referred to as an affair, and the sexual abuser was said to be having an adulterous relationship. Let's be clear - abusers are not having affairs. They are abusing.

Words matter and when they are softened to remove blame, spread blame, or to protect a brand, eventually the harm done is compounded upon the heinous acts that launched the initial reporting.

More shocking than the database was the reporting that an esteemed leader in our SBC had been accused of sexual abuse. The leader was accused of assaulting another pastor's wife. The accused has denied the act. Nevertheless, this former pastor has resigned from the North American Mission Board and his name is now being removed from programs and facilities at Southeastern Baptist Theological Seminary. The fallout just seems to continue.

What is worse is that the woman listed as "Survivor" in the report will most likely be revealed (as that always seems to be the case) and she and her husband, called "Pastor" in the report will be thrust back into the melee as this act occurred years ago and apparently after counseling and seeking help, they have sought to serve the Lord in ministry and are doing so somewhere. I'm praying for them.

What About Our Church?

Numerous churches and church leaders are having meetings and gatherings to discuss the matters. Many church members have not known about any of the sexual abuse issues reported over the years. Some read the exposé by Robert Downen in the Houston Chronicle in 2019. Some individual church members are just now discovering their church is an SBC church and are wondering how they can remain members. Many are new believers who are now taking a crash course on SBC organizational polity by means of the media, and they're confused and angry (and based on local news stations attempting to report on the story, the lack of understanding of SBC organizational structure and polity is high.)

Ultimately, we should all be angry. This cannot be soft-pedaled. It cannot be ignored.

Sadly...no tragically...our own church (First Baptist Church of Orange Park) has within its own 100+ year history a horrific story of sexual abuse. I wrote about that here. Some in our church likely wish I would stop bringing it up as they do not want to be known as "that" church. However, to not speak of the realities of our own dark chapters demeans the victims and basically says "Just get over it" to them. I wish we weren't the church with a terrible abuse story, but we are. I pray we can be the church that addressed it well (even though late, in my opinion) and became healthy and holy, helping victims reclaim their beauty as image-bearers of the one, true God.

Practical Steps We Have Taken Recently

We have sought to do the very basic things every church should do regarding the safety of its members, especially children.

There have been and will be more safety protocols implemented. The fact is there are some things in the past we used to do that will never be done again simply because the opportunity for abuse is too great in those circumstances (youth lock-ins, D-Nows with both genders - yes this is how they were originally done, one adult in children's classrooms, etc.)

There have been wolves in the fold. This is true. It is nothing new, Paul and Jude and other New Testament writers addressed this.

No amount of safety protocols and cameras can protect everyone. Positional power, personal arrogance, self-focused sin, and walking in the flesh tempts every pastor and leader within the church. Some of these people are just evil and misuse their positions to gain power. It is not only detrimental to the health of the church, but most importantly is deadly to the souls of God's precious image-bearers.

Pay careful attention to yourselves and to all the flock, in which the Holy Spirit has made you overseers, to care for the church of God, which he obtained with his own blood. I know that after my departure fierce wolves will come in among you, not sparing the flock; and from among your own selves will arise men speaking twisted things, to draw away the disciples after them. Therefore be alert, remembering that for three years I did not cease night or day to admonish every one with tears. Acts 20:28-31 ESV

The reality is that God is calling us all (all in the SBC) to repentance. He is calling us to seek transactional forgiveness from those who have been harmed by our lack of response and reliance on systems (and systems are filled with people.)

Our church continues to partner with others through the SBC. We believe our structures for mission sending and supporting are excellent. We believe our agencies, for the most part, are strong and moral. We believe our strongest relationships remain with our local association (First Coast Churches) and our state convention (Florida Baptist Convention.) Why? Because local matters! And local work is more relational. We know each other more deeply. It is just the natural result of serving together in the same field. Hopefully, the relationships we have here will serve to keep us all accountable and strong and holy.

Yet, we like many others, are no longer willing to turn a blind-eye to organizational sin, demeaning behavior, mean-spiritedness (on full display through social media,) or the abuse and devaluing of God's image-bearers for the sake of protecting the brand or the denomination.

I am certain that I have not shared enough for some. I know have shared too much for others. Ultimately, I pray for those who for such a time as this, have been placed in positions to make the timely, godly, righteous decisions for moving forward. May they be guided by the Spirit. May truth and justice reign.

More stories will continue to come out. In the meantime, a hotline has been set up for those who need to report sexual abuse within SBC churches. The hotline is manned by Guidepost and all information is kept in confidence. The hotline number is 202-864-5578.

However, if you have been sexually abused and are able, please contact the police in your area. If you aren't certain what to say, I believe those manning the hotline listed above can help.