This is Part Three of a four-part series reflecting on events that occurred at the Southern Baptist Convention Annual Meeting in Anaheim.

At the 2011 SBC Annual Meeting in Phoenix our North American Mission Board under the leadership of Dr. Kevin Ezell introduced the beginning of an intentional and strategic church planting movement among our churches. Soon, the moniker focusing on this effort was changed to Send Network. Over the years, the Send Network has designated specific cities as targets for new church plants. These Send Cities were strategically chosen and the efforts to call out, send out, train, and support church planters for these urban areas was begun. Over the years more cities were added to the list of targets and now numerous states are fully centered on increasing church planting.

The Send Network luncheon was sold out and comedian Tim Hawkins entertained the crowd. Then, as is often the case, some specific stories featuring local pastors and families were featured, showing how our network of churches benefits each other. A widow of a pastor in California was featured and received a funds to pay her mortgage for a year, her husband's recently sold car was purchased and gifted back to her, and her children received scholarships to California Baptist University. It was a special moment and while this was featured on stage and for all to see, I know that NAMB does these types of things for pastors and planters within our SBC throughout the year as they can. It is just that most all are not featured on a stage nor promoted for the public.

Highlights in church planting and city/region-reaching were presented. There is still very much work to do, but it is clear that since 2011 our strategic efforts to plant more churches and ensure planters and pastors are assessed and resourced well is proving fruitful.

There is much more that NAMB has and is doing and through their presentation during the SBC meeting, details from Crossover Anaheim (the pre-SBC meeting evangelistic outreach,) church revitalization and replanting, and future work with collegians were offered. There are still some questions from many regarding the strategy to fund ministries and best reach the vast number of collegians in our nation. Prayerfully, the steps taken will not hinder or leave our work stagnant, but will better equip and enable our churches to reach the nations through the college and university campuses.

One of the highlights for me each year at our annual meeting is the presentation from our International Mission Board. As in recent years, this also included the commissioning of adults to serve on the international mission field in various locations. These are full-time callings and require training, preparation, and the relocation to a different culture. Language training is often a requirement as reaching people in their heart languages is a must. In many cases these are young families moving to the other side of the globe. In some cases, these are single adults serving on mission and following God's call. As often is seen, a good number of the missionaries were hidden behind screens and using false names for their own protection. 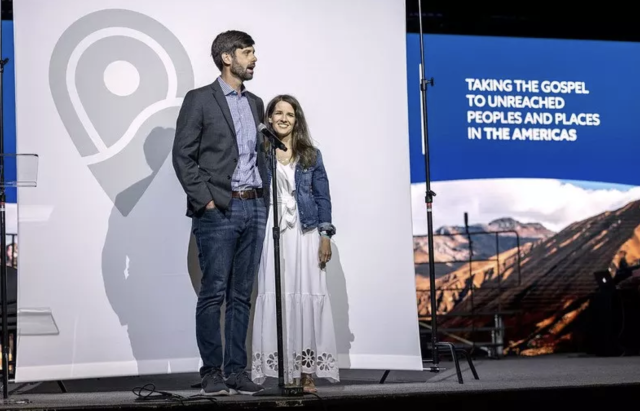 Dr. Paul Chitwood, President of the International Mission Board addressed the messengers and challenged us all with these words:

In the 177-year history of the IMB, churches have sent 25,000 missionaries through the IMB to the nations to share the gospel. More than 92% of IMB missionary teams are dedicated to work among the world’s unreached.

Chitwood encouraged messengers with further statistics about the impact of missionary presence in 2021:

These quotes from Dr. Chitwood's report are astounding:

“Based upon global population growth, the global death rate and religious affiliation, our global research team reports the number of people dying each day apart from Christ. That number, for this year, is estimated to be 157,690. More people will die lost today than on any other day upon which the sun has risen in human history.”

Chitwood concluded IMB’s report by saying that churches still have work to do – “the most important work in the universe.”

“Together, we get to share the good news of Jesus with people and places where that news has never been heard. Together, we send, sustain and support missionaries to be steadfastly present around the globe to share that message and plant healthy churches. We must reach the nations, together.”

I long for the day when hundreds of missionaries stand on the stage and are sent out from their local churches and supported by Southern Baptists en masse. Certainly, this report given early on Tuesday set the stage for what truly matters regarding missions and our efforts to reach the lost throughout the world with the life-transforming message of the gospel. From this report all the pettiness that often identifies Southern Baptists was put in its place. At least for a while.

The good news is that we have many on the field sharing the Good News. The bad news is often we forget this.

I, along with many others, are praying that the leaked documents from the US Supreme Court that seem to show a reversal and overturning of Roe v. Wade will come to pass. Of course we understand that overturning a law that was wrongly enacted from the judicial branch does not mean the end of abortion in our nation. It will not even mean the end of legal abortion. What it will mean is that the decisions regarding abortion will be shifted to the state governments. Some states, such as Oklahoma, have laws ready now to make abortion not only rare within their borders, but illegal. I applaud this and hope more states will do the same. Of course, there are states such as California and Illinois that are open to abortion and will be seeking ways to grow their tourist dollars by getting Oklahomans and others to come to their states for the abortive procedures. 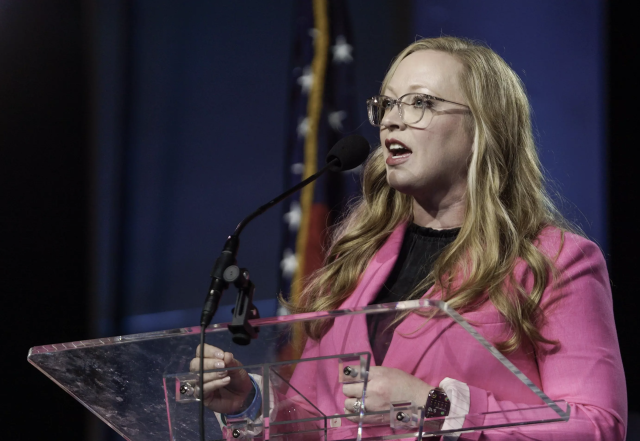 Our denomination has loudly proclaimed the value of human life, especially since the ruling of Roe v. Wade. Thankfully, we have shifted from a lenient view of the past where many exceptions were stated, to declaring life beginning at conception and speaking for the unborn and unwanted. Being pro-life must be more than just being anti-abortion (and it must be) but also anti-euthanasia. Yet, the story of the day is abortion as the Court is now addressing Roe v. Wade.

The Ethics and Religious Liberty Commission presented "Standing for Life: Equipping the Church for a Post-Roe World" during the Wednesday afternoon session. It makes me glad to type the words "Post-Roe World" and I am so glad that our denomination is on the front-line with resources and plans to equip churches to minister to well now and in the future in this area.

“A post-Roe world is good, but a post-abortion world is what we continue to fervently work to achieve by reaching these women where they are in their time of crisis. The work does not end if [Roe] is overturned. It is the beginning of a new chapter for us. It’s critical that we inspire, disciple, equip and mobilize a new generation to defend the dignity of all human life, transforming our culture so that they see abortion as unnecessary and unthinkable.”

Some pushed back at the term "unnecessary" and Graham addressed that.

"When we say we want to make abortion unnecessary in our lifetime, we don’t use that term because we believe it’s necessary. We absolutely believe it is unnecessary. But because so many women believe abortion is their only option, we’re speaking their language to them because they feel scared, oftentimes trapped, shamed and don’t know where to go — which makes these women feel it is the only choice to make.”

Clear statements against the culturally-affirmed narrative developed by Planned Parenthood and others that have convinced many women (and men) that abortion must be a "necessary" option, not only available, but affirmed in order for women to flourish and make a living. That is a lie and even now, organizations that have said this for years while stating they were championing women, have changed wording from "women" to "pregnant people" revealing that they are more concerned about political correctness than the women they claimed to serve. Words matter.

Graham revealed that the Stand for Life Conference will be held in Washington DC on January 18-19, 2023. This is a collaborative effort with other groups who oppose abortion.

The battle for life is not going to get easier, but we can be thankful that our denomination is seeking to respond well, biblically, and in love, rather than react.

Other Highlights of the SBC

I did not attend every extra meeting or gathering offered. It is not possible to do so. I did, however, attend a number of pre-SBC meeting events and others during breaks. The SBC Pastors' Conference began on Sunday evening and filled the calendar on Monday. Matt Henslee served as President of the Pastors' Conference. Cam Triggs (our friend and pastor of Grace Alive Church in Orlando) served as Vice President and Sam Greer served as Treasurer. This conference is no small undertaking, requiring hundreds of thousands of dollars raised to make it happen. These three men did an outstanding job of planning, preparing, and offering a conference that was edifying and encouraging.

I attended the For the Church Micro-Conference sponsored by Midwestern Baptist Theological Seminary. The speakers gave very brief messages of encouragement and challenge. This was excellent and Mark Dever probably stated the most in his message by saying the least. Powerful words from all.

Seminaries offer alumni and friends luncheons. I graduated from both Southwestern Baptist Theological Seminary and The Southern Baptist Theological Seminary. Therefore, I swap each year between the two for the alumni luncheon. I'm still hoping one of them surprises me with an alumni of the year award. This year I attended Southern's luncheon. It was great as always and highlights from Dr. Albert Mohler were given, as well as awards and plaques. To quote Dr. Mohler, "Nothing says love from Southern Seminary like a plaque." I was chastised by a fellow SWBTS grad for not attending Southwestern's lunch. He did inform me that SWBTS provided steak for lunch. Southern provided chicken. This may shift my annual alumni lunch plans in the future. I propose that each school provide a list of their lunch menu prior to ticket sales. If Midwestern Baptist Theological Seminary provided Kansas City BBQ, I may attend their alumni luncheon as a "friend" just for the meal.

The NAMB luncheon and IMB dinners held on Monday were encouraging and hopeful. These are always worth attending.

Dr. Ed Litton did a wonderful job leading our meeting. I do not envy anyone having to moderate such a business meeting.

And...just seeing friends in the exhibit hall and in the hotel lobby makes the annual meeting more than a business meeting, but a Southern Baptist family reunion.

And I love my family...even the crazy uncles.