My wife Tracy and I traveled to Anaheim, California last week to serve as messengers (that's the Southern Baptist term for representative or delegates) to our annual meeting of the Southern Baptist Convention. As messengers from our church (First Baptist Church of Orange Park) we were able to attend the meetings, hear the sermons and presentations, and vote on officers and resolutions put before us. 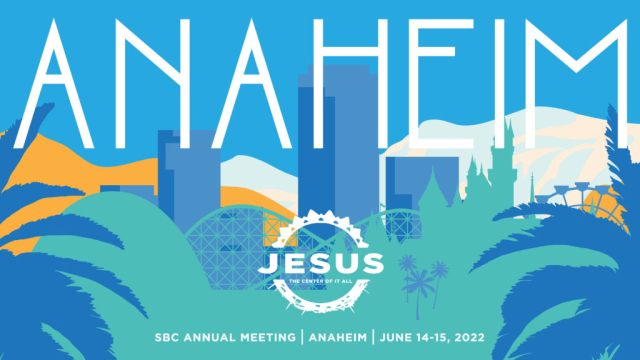 Every year I am asked questions regarding our convention. These questions mostly come from those with vested interest in what we are doing as a network of cooperating churches but also from those who care, but are not Southern Baptists. I will address some of the main points with my perspective on what is truly happening and what is to come.

We Are Not Really a Denomination, But...

Many in the media get SBC polity wrong, but this is due to the fact that many seem to just take a mainline Protestant or even Roman Catholic template and try to squeeze SBC offices and polity within it. Nevertheless there are some who are covering the SBC who do have a good understanding and write clearly of our gatherings. This doesn't anger me so much

The SBC Exists for Two Days Each Year

The Southern Baptist Convention is just that - a convention. Churches send messengers as representatives to vote on items of interest and to fill positions of leadership. These positions include officers (President, 1st Vice-President, 2nd Vice-President, Recording Secretary, and Registration Secretary.) These officers hold one-year terms and do not receive pay for their service. These officers are pastors or laypersons from cooperating churches who are nominated to serve in these respective offices. In addition to the officers elected, resolutions are voted upon as well as other items that may be brought from the floor.

The SBC is a two-day business meeting. It is led by the current president and is managed under the guidelines of Roberts Rules of Order.

For the remaining 363 days each year, the Executive Committee of the SBC acts on behalf of the convention.

For many years the office of president was seen as important, but not instrumental in the direction of the SBC. That is until the conservative resurgence of the SBC took place in the late 1970s and early 1980s. During this time, a decided liberal drift was addressed by those within the denomination. Some SBC seminaries and denominational entities were going the route of many mainline Protestant denominations in our nation by abandoning the long-held belief in the inerrancy of Scripture. During this time, it was determined that the president did hold power that could shift the left-ward lean. While churches remain autonomous, the denominational entities were run by the respective trustee boards and the president had the power to ensure conservative individuals filled these boards. Thus, as conservatives came together, presidents began to be elected year after year who held to the inerrancy of Scripture and before long (and before the moderates could stop it) the conservative resurgence occurred and the SBC became the only large denomination in our nation to turn from a more moderate/liberal direction to a conservative one. Over time, many of the more liberal Baptist churches in the SBC joined a group called the Cooperative Baptist Fellowship.

Those who remained in the SBC after the shift call this the Conservative Resurgence. Those who left consider it the Fundamentalist Takeover. Semantics.

Nevertheless, since this era, the SBC has been consistently a conservative, Bible-believing, mission-sending, evangelistic denomination.

There has been no real controversy regarding the presidency up until recently. In fact, it is only within the last few years that a new cry that the denomination is drifting toward liberalism has begun to be declared. Yet, as stated by Josh Ellis, Executive Director of the Union Baptist Association, "this convention was not one of liberal versus conservative; it was one of neo-Fundamentalism versus conservatism."

There were four men nominated to serve as president for the coming year. Each of these men hold that the Bible is inerrant, God-breathed, and immutable. Each is a conservative Christian. Each has served the Lord faithfully for years in their respective churches and ministries. Three are pastors. One is a missionary and former seminary professor. None are liberals.

Yet, as the nomination speeches were made, and based on the pre-convention noise, it was clear this would be a divisive vote. 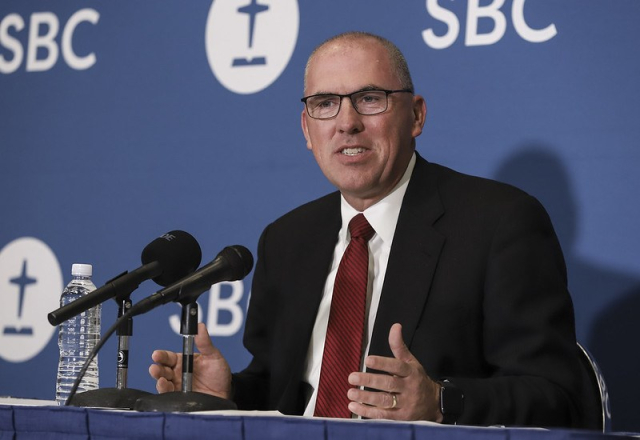 Barber is not a newcomer to SBC leadership. He has served on several SBC committees in the past as well as a trustee of Southwestern Baptist Theological Seminary during the time when past seminary president Paige Patterson was removed from office. Barber was a late entry into the presidential race (it seems wrong calling it a race...but it is political) after others stepped aside or refused to run. He does not fit the "celebrity pastor" role (and this is good) as he pastors a normative-sized church in a rural area north of Dallas. He raises cattle and has a cow named "Lottie Mooooon" (at least that is what he says on Twitter.)

Barber has been and continues to be very outspoken regarding the sexual abuse revealed among the SBC and in implementing safeguards and making changes to serve victims and protect potential victims.

Within the last couple of years a grassroots group has developed within the SBC called the Conservative Baptist Network (CBN.) This group has loudly declared that the SBC is drifting into liberalism. They have called for a change in direction among the SBC and our leaders (by basically seeking to replace all leaders who are considered drifting or supporting liberalism.) I have a number of friends who have joined the CBN, but I have not and do not plan to do so. By simply naming your network the Conservative Baptist Network a message seems to be clearly saying that if you do not join, you are not conservative. It is a smart use of terms, but I disagree that the SBC is drifting left and going liberal despite the cries of critical race theory and wokeness that seems to permeate some blogs, podcasts, and films.

During this year's SBC Pastors' Conference the CBN held its own meeting. The message was clear - there are two SBCs, at least practically. One group (the CBN) gathered in a nearby hotel conference room and featured speakers as renowned among American evangelicals as John MacArthur and Voddie Baucham. While this meeting was occurring, the convention hall was hosting the SBC Pastors' Conference featuring solid preaching through the book of Colossians led by a variety of SBC pastors and worship led by Matt Boswell.

The CBN was organized to nominate Tom Ascol as president, as well as others to serve in SBC offices. The Ascol-CBN partnership is a strange one as Ascol is a reformed Baptist pastor (very intelligent and well-known for his podcasts and Founders Ministry) and the CBN's founders and voices have historically (prior the founding of the CBN) decried that Calvinism, or reformed theology, would be the downfall of the SBC. Yet, this union did occur and in my opinion, simply to redirect the SBC away from liberalism in a new direction.

Again, I disagree with my brothers and sisters in the CBN and Founders that a change of direction is needed. I echo what Dr. Albert Mohler stated over a year ago when he declared that we have a conservative Baptist network already...it is the Southern Baptist Convention.

The SBC annual meeting is always an interesting gathering, and it is not all negative. Despite how it seems there are many good things happening in the SBC and I will highlight some of those in future posts as well.

1 Carter, J. (2014, June 8). 9 things you should know about the Southern Baptist Convention. The Gospel Coalition. Retrieved June 20, 2022, from https://www.thegospelcoalition.org/article/9-things-you-should-know-about-the-southern-baptist-convention/