Baptists, Sexual Abuse, and the Long-Awaited Next Steps

Sometimes stories trend and then disappear. They become the lead story in the news or online for a season and then there's another story that pushes it to the side. Often it is just one tragic reality after another as readers and viewers take in the depravity of our world. Whether a shooting, a trial, an exposé of abuse, or the latest celebrity controversy (like Britney's conservatorship,) trending stories come and go. Yet, for those who are the subjects of such stories the focus and impact often never ceases.

For example when the current trials in Wisconsin and Georgia are complete, families of all involved will continue to relive the issues being discussed, as well as the aftermaths while the majority of Americans shift to the next trending story.

That is just how it is. It is how it has been for as long as there have been news outlets and latest headlines and updates.

Trending Sexual Abuse Stories - Not Just for the Catholics

In the 1980s the Catholic Church sexual abuse scandals involving priests and coverups became known globally. Since that time, more and more stories have been shared. Victims may have received settlements and some clergy may have been removed, but scars and pain remain.

In Baptist life, when the Fort Worth Star-Telegram ran an exposé of independent fundamental Baptist (IFB) churches regarding hundreds of cases of sexual abuse by pastors and leaders, many in local evangelical churches began to take note. It wasn't just a Catholic issue (like we ever truly thought it was.) Yet, even then it seemed that many were saying "That's terrible! At least it didn't happen in our church, or in our denomination."

But we knew better. 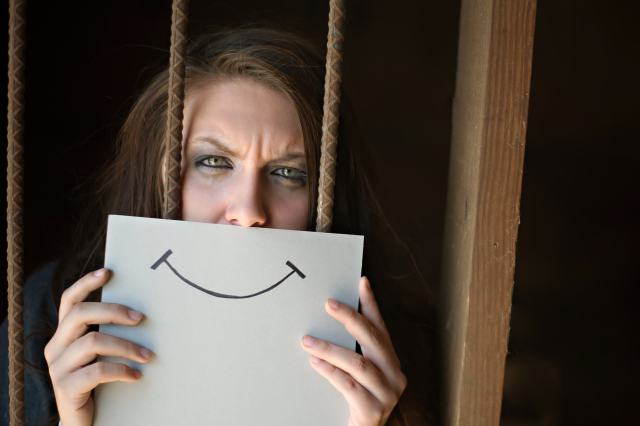 The victimization of the vulnerable has been a tactic of the enemy since Eden. With humanity's depravity on full display due to the inherent sin nature of all, the sinful desires of evil men and women at times infiltrate the most sacred and holy places.

In February 2019 the truth was laid bare for all to see when the Houston Chronicle's exposé regarding sexual abuse within Southern Baptist (SBC) churches was published. Suddenly, many shifted into damage control, but sadly, this was more than a story to be addressed or a trending issue to be survived. The instances revealed were not hearsay, but documented cases of pastors, ministry directors, and volunteer leaders who abused boys, girls, and teenagers sexually, leaving many to doubt the righteousness and love of God, not to mention the validity of sacred trust and leadership within the local bodies of faith.

I have written in the past of the disgusting and systematic abuse perpetrated by a pastoral staff member at the church I now have the honor of pastoring (though this took place many years prior to my arrival) and the tragic impact it has had on our church, community, and especially the men and women who were teenagers at the time of their victimization. My article about this is available here.

Sexual Abuse Pushed to the Forefront

What has happened within the past few months within the world of Southern Baptists has been the very public conversations, debates, votes, arguments, and varied issues brought to the floor of the annual meeting of Southern Baptists and the subsequent meetings of the SBC Executive Committee. Whether one agrees with the steps now taken regarding the waiving of attorney-client privilege (by the mandate of SBC messengers) of the Executive Committee is not my focus here (as I have also written of that here.) What is the focus is what is now occurring in many of our state conventions.

I do not know anyone personally who has excused proven sexual abuse issues within the convention's entities or cooperating churches. No one I know personally is seeking to minimize the impacts of sexual abuse within the faith community. But...as they say, perception is reality often and the perceived ignoring of sexual abuse, especially partnered with the perception of cheap forgiveness with no actual consequence has caused great harm.

Perhaps there some within the SBC who truly hate that sexual abuse has occurred within our network of autonomous churches, have grieved over the hurt done, said the proper words regarding these issues, but would rather this just be an issue for a season, delineated in a toothless resolution, filed away as a dark chapter in our history, then ignored (maybe ignored is too harsh a word, so possibly just pushed to the back burner) so that the next denomination-wide emphasis or church theme can be promoted well and...we can move on. Yet, just as when a trending story is no longer on the front page, the pain felt by those impacted remains.

November is state convention season in our network. For two to three days, Baptist messengers from churches affiliated with local state conventions gather for meetings. This is not unlike the national meeting when it comes to the business sessions and polity on display. Perhaps the major differences (as evidenced by updates on social media from participating pastors and messengers throughout our network) are that most often the state conventions now have less negative drama, more intentional focus on unity and mission, and a true sense of family as pastors who may be on different sides of the aisle when it comes to denominational politics and processes seem to actually like each other.

The full recommendation is included here in an article from Florida Baptist Convention by Barbara Denman -> CLICK HERE.

The comments from the floor were to ensure that while having a female sexual abuse survivor on the to-be-established committee, we must not ignore the reality that there are many men who are survivors of clergy (or church leader related) sexual abuse. This is the reality of those victimized decades prior in my church. The comments were received as friendly.

As I have read from related stories online, other state Baptist conventions have or are making similar steps.

Though the vote in our state was clearly in approval of this recommendation, not all messengers were, or are certain this is needed. These conversations will continue to occur. Some fear that churches may be stepping too far into what has been termed "cancel culture" by presuming guilt rather than innocence. I do not see that as the intent of the recommendation at all. There are varied lists of "but what about..." that I have heard and continue to hear. Sorry, I don't have answers for all those potentials and while I do agree that in some cases this may be a Pandora's Box of issues, I believe that perpetually ignoring or pushing to the side the issues of such heinous sin is worse.

I also do not believe the passing of our recommendation will fix all the issues that continue to be revealed in our churches and entities, but I do believe it is a good next step and clearly states that our intent is action, not just words. Of course that ultimately remains to be seen, but I seek to be an optimist.

The Florida committee will include eight people. I am praying for our state convention president, my brother and friend Paul Purvis, Pastor of Mission Hill Church in Temple Terrace, as he compiles this team. I am praying for the committee as they seek to glorify God, listen well, seek truth, and do all they are enabled to do to ensure that if any steps need to be taken in our state entities, if any policies need to be updated, if any guidelines must be restated, and more, that their recommendations will be heeded.

I am praying for Tommy Green, the Executive Director-Treasurer of our Florida Baptist Convention as he continues to lead our state convention well. I thank him for spearheading this recommendation and leading our State Board to address it.

I am praying for the men, women, boys, and girls who live with emotional scars and deeply felt wounds that have impacted them in ways I cannot fathom. I am praying that they will know they are deeply loved with a pure, selfless, permanent, unconditional love and will experience the healing they so desperately need.

Our focus must be less about fixing organizations, and more about ministering to those most vulnerable and carrying the hurt of a formerly trending story. Ultimately, this glorifies God.

I believe this was the correct next step for our state convention. It will not be the final step.